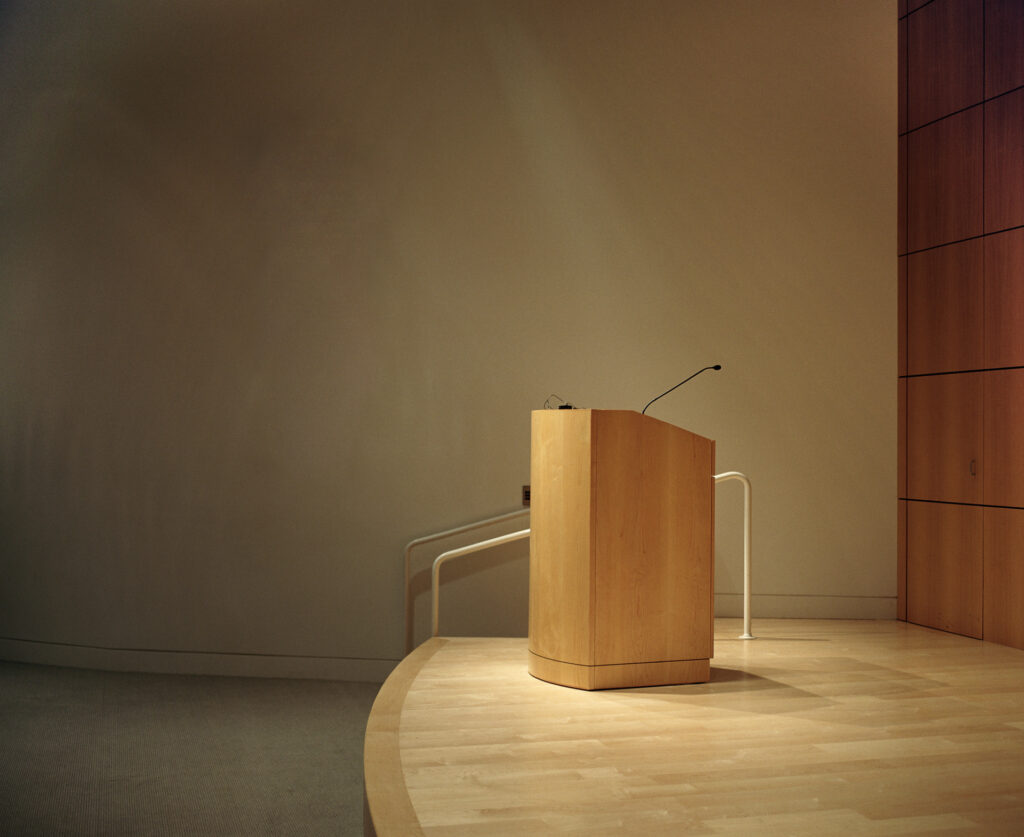 The Kansas Reflector welcomes articles from writers who share our goal of broadening the conversation about how public policies affect the daily lives of people across our state. Inas Younis was born in Mosul, Iraq and immigrated to the United States as a child. She is a writer and commentator who has been widely published in various magazines, websites and anthologies.

We live in a time where the basic currency is drama. The more politically traumatic and grandiose the show, the better. In ongoing campaigns across the country, direct political engagement has given way to an echo chamber.

Running for public office used to mean showing up everywhere. It used to mean answering tough questions, unscripted and on the spot. It used to mean submitting to public scrutiny and criticism. The campaign required the kind of direct public involvement that would reveal the character of the candidate as well as his strengths and limitations. This also created a sense of responsibility towards the public.

But a new plan seems to be developing: one where candidates don’t show up, go door-to-door and refuse public debates.

These would-be politicians operate only through a highly filtered world of online websites, political ads and strategic social media. They hide in the safe spaces of partisan news outlets and fan-only crowds.

An open exchange of ideas has always been a hallmark of our democracy. When candidates refuse to appear in public forums, they communicate only one idea to their constituents. What is this idea? The main thing is that they do not intend to cooperate with the “other”.

What else? you can ask. The opposition party, the establishment, the media or something else?

You can fill in the blank with some unspoken fear. I am not suggesting that this is necessarily a conscious scheme on the part of each absentee candidate. I suggest that candidates who refuse to participate in legitimate, socially sanctioned forums and debates hosted by reputable organizations have intuitively absorbed the conscious decisions of their party leadership.

An open exchange of ideas has always been a hallmark of our democracy. When candidates refuse to appear in public forums, they communicate only one idea to their constituents. What is this idea? The main thing is that they don’t intend to cooperate with the ‘other’.

During the last few debates hosted by the Shawnee Mission Post, a mainstay of the election season in Johnson County, where I live, nearly half the candidates were absent from the stage. The Post is well regarded as one of the most balanced and impartial news providers in the county. It reports on local and state political races, but never endorses anything.

The post gives you information, never commercial. So when the candidates refused to engage in pampered local campaign traditions, they left me to draw some rather unflattering conclusions.

Here are my top 10 assumptions why candidates don’t show up:

1. This candidate cannot articulate his views out loud because they make sense only in his head, muffled by delusion and detachment from reality.

2. Every belief held by this candidate must be a carefully crafted talking point that he is unable to express spontaneously in the public arena.

3. This candidate wants to create the impression that all such “forums” and media platforms are part of a nefarious establishment that is against their principles. This candidate hopes we will trade their fear for courage.

4. This candidate wants to show that they are above these “manipulated and biased” platforms that are meant to victimize them for speaking uncomfortable and prophetic “truths”.

5. This candidate is afraid of being exposed for their ignorance and afraid to question their opinions in a way that might reveal their true intentions.

6. This candidate wants to destroy norms under the pretense that they disrupt some imaginary status quo.

7. This candidate must be really out of their depth and they don’t want to be exposed (to themselves).

8. This candidate is an institutional anarchist.

9. This candidate is intimidated by the moral courage of his opponents.

I believe most people, knowingly or otherwise, process when a candidate refuses to attend a public forum in a non-partisan, welcoming space.

Being absent is a form of creating drama. It reveals much more than it conceals. And to me, this is nothing more than an admission of contempt for our campaign norms and, by extension, our representative democracy.

GET THE MORNING NEWS DELIVERED TO YOUR INBOX