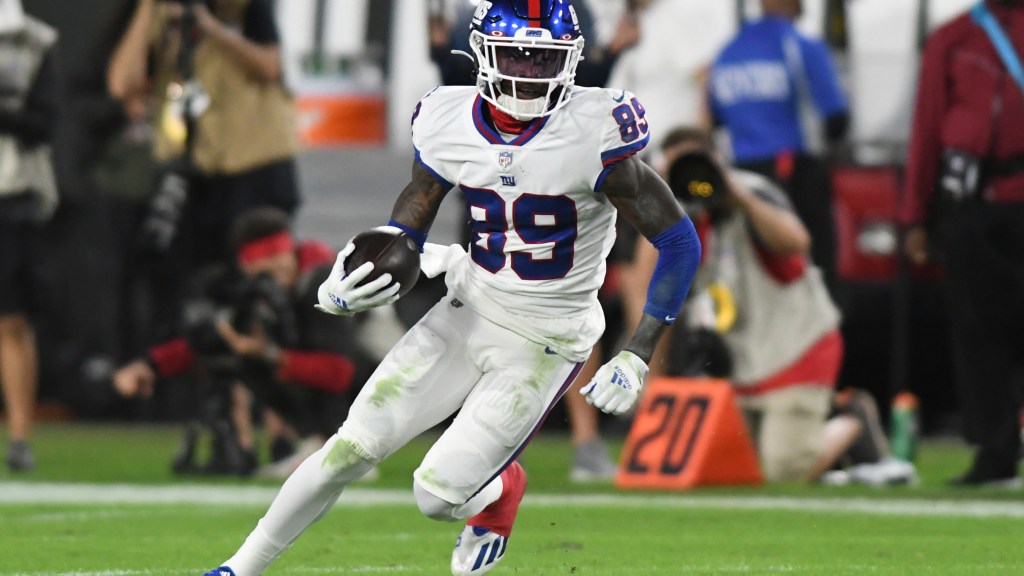 Kansas City Chiefs HC Andy Reid spoke to the media for the first time on Monday about the team’s newest offensive weapon.

The Chiefs traded to acquire WR Kadarius Toney from the New York Giants during the bye week. Reid commented on his health and initial expectations when Toney is officially a part of the team.

“I think that’s a nice addition from Brett (Veache),” Reid began. “He’s healthy now, which is good. We look forward to getting him into the mix somehow. Working on it. We get together as an offensive staff and go through those things. We’ll see how it goes here. We’ve got one football and we’ve got a couple of guys we’d like to get the ball to. We’ll see how it suits him.”

While Reid confirmed Toney is healthy after the hamstring injury that sidelined him in New York, he tempered expectations a bit heading into Week 9 with the Tennessee Titans. Remember the team will not have their first practice of the week until Wednesday. It’s hard to commit to something when you haven’t even seen a player practice for the first time.

“I don’t expect him to learn the whole offense in a day,” Reid said. “I think it’s going to be a gradual process, even though he’s a smart kid. I’m sure he’ll pick it up relatively quickly.”

As for whether the team would ease him in by using him in the return game on special teams, Reid also cautioned against expectations. While Toney clearly had success in the return game at the University of Florida, he didn’t do much during his time in the NFL.

“Yeah, again, he had experience with (kick and punt returns) in college,” Reid said. “He was actually very good at it in college. Not as much in the NFL as in college, but we know he has that potential and we’ll see where it goes.”

As for the future implications of the trade for Toney, Reid leaves that manual work to the front office. He has his choices, but his main goal is to find a way to work Toney into the offense, both in the immediate future and in his contract years.

“I mean you have to look at those, we always try to stay 2-3 years down the road in this part,” Reid explained. “Our financiers do a great job with it, our cap guys and stuff, (Brett) Veach does a great job with it. So he will share it with me. It is my responsibility to include these people. That’s how my energy goes. They have a plan there and they’re talking to me about it.”

Reid and Toney are pretty much taking a wait-and-see approach until they get him in the meeting room and on the practice field. He emphasized that they will try to highlight his strengths and develop his weaknesses.

“Yeah, well, listen, we’ve got a handful of guys that are very capable,” Reid said. “And I was joking about it, but you only have one football and you can only spread it to one person at a time. But at the same time, we try to take everyone’s strengths and use them as we go and then work on whatever weaknesses they have. That allows us to put guys in a decent position to do what we think they do best. So it won’t be any different for him than for others. We’ll see how it works. We’ll see how fast it picks up. Then he hasn’t played here the last couple of weeks so he’s getting back into the swing of things and the speed of things. We’ll just see, take it day by day and see how he does with it. We’re not going to push him into something he’s not comfortable with or I’m not comfortable with.”

Where the Chiefs stand in the AFC West after Week 8 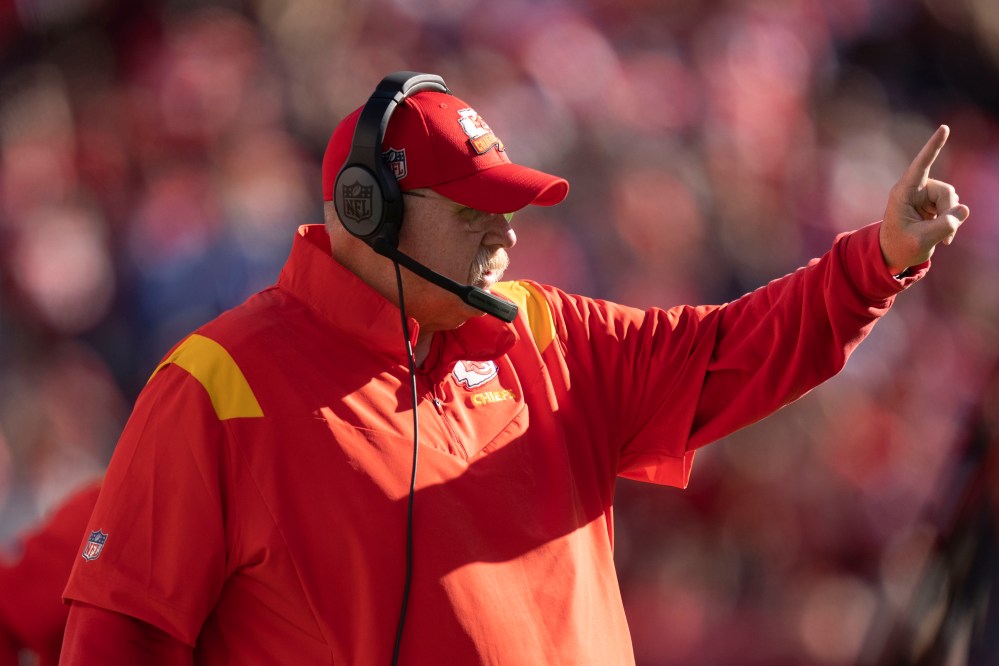