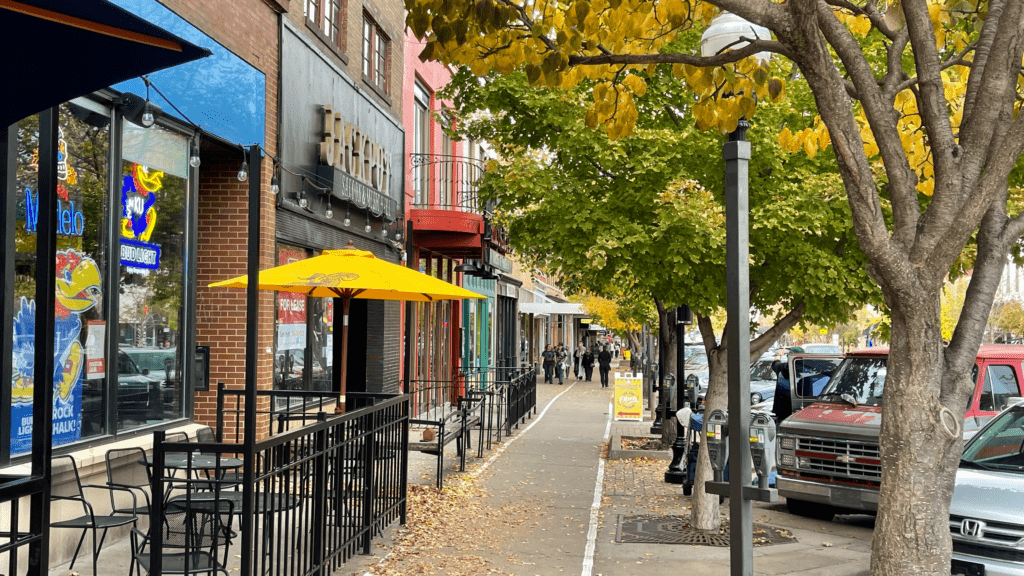 Note: The Lawrence Times runs opinion columns written by community members with diverse perspectives on local issues. We also occasionally pick up columns from other nearby news outlets. These articles do not necessarily reflect the views of the Times staff.

Want to submit a letter or column to the Times? Great! Click here.

Lawrence, a bright blue dot in the sea of ​​red that is Kansas, could soon be represented in the U.S. House by a Republican who opposes abortion rights and voted to repeal the 2020 presidential election.

If the Democrat wins the race, he would have to drive more than five hours from his Garden City home to visit Lawrence.

Such are the real implications of gerrymandered redistricting.

With so many major races taking place next month, a vital one is happening right under our noses. Incumbent GOP Tracey Mann is running to retain her 1st District seat against Democrat Jimmy Beard. Their district, which already bordered Colorado, Nebraska, and Oklahoma, now extends to Lawrence. Although the redrawn map is clearly intended to dilute the college town’s political influence, the Kansas Supreme Court upheld it in May.

Lawrence now faces a remarkable situation. The city and the district in which it is located will make up 13% of the 1st district from next year. It is the largest village in the district. Still, we saw little of either candidate.

Mann does not appear to have campaigned or made an official visit since the map change. Few people in Lawrence seem aware of the race, focusing instead on the races for governor and attorney general. The voices of nearly 100,000 Kansans are being silenced, in part due to a complete lack of information.

Such oversight threatens the city and its flagship institution, the University of Kansas. Both hold vital social and economic roles for the state of Kansas. The congressman who represents Lawrence, regardless of party, will have an extraordinary influence on federal resources and owes the time and attention of the constituents here.

I have been unable to prove that Mann has visited Lawrence in his role as a candidate or US representative since the state’s congressional maps were changed.

I then asked Mackenzie Clark of the Lawrence Times if she or her staff had been contacted by Mann’s campaign or if they knew of any visits he had made to the city. Clark wrote back that, to the best of her knowledge, he hadn’t shown up.

Searches on the internet and Facebook also yielded nothing. From what I could tell, Mann’s only mention of Lawrence on his official Congressional Facebook page is Lawrence, Massachusetts.

As for Beard, in an Oct. 12 interview with WIBW-TV, he told host Melissa Brunner that he traveled from Topeka to Lawrence and back to Topeka that day. His Facebook page features photos from the Douglas County Democratic Forum. So at least he knows the city exists.

I also reached out to Beard’s campaign in several ways. He didn’t respond either.

Listen, I’m sure both men could make a good case for why they should represent Lawrence in Washington, DC Mann also appeared in an interview with WIBW-TV a few weeks after Beard and answered Brunner’s questions.

Survey across the city

Since there were few congressional candidates locally in Lawrence, I wondered how residents felt about the campaign. Did they know who could represent them? Did they even know they were going to vote for a congressman?

I did an exceptionally casual and unscientific survey on Massachusetts Street in downtown Lawrence. Between the local record store and bookstore, I spoke to six people, all of voting age.

Neither of them could name Mann without prompting.

Three of them had heard of Lawrence moving into the 1st District, suggesting that news from earlier this year had reached those who follow politics. Surprisingly, two of them had heard of Beard. Given that the city has blue dot status, perhaps I shouldn’t have been surprised.

Driving around town, I didn’t see any lawn signs promoting Mann, while Beard’s name rarely came up. You can spot plenty of Laura Kelly posters along with a handful of Derek Schmidt. People here have been watching the governor’s race closely. You can even see two blocks from my home advocating for a number of Democratic candidates: Attorney General candidate Chris Mann, Secretary of State hopeful Jeanna Repass, and incumbent state representative Boog Highberger.

This city follows and cares about politics. But it’s clearly not a US congressional race.

How we got here

All of this seems to be intentional.

Not on the side of Lawrence residents, but on the side of GOP state lawmakers who supported the gerrymandered map. They reasoned that by severing Lawrence from other suburban districts, you would not only silence local voters, but make competing for those voters less important. A Republican candidate like Mann could easily ignore the blue point.

Frankly, Mann seems to be taking his re-election for granted. The Tracey Mann: Republican for Congress campaign website and companion Facebook page have not been updated this year. His website has an entire section on standing with then-President Donald Trump.

Beard has recently posted through his website and Facebook page (he has 113 followers), but the Kansas Democratic Party has devoted money and time to other races. That may be the right decision, but it still leaves Lawrence alone.

They wrote: “In this case, after a long and thoughtful process, the Legislature listened and took input from Kansans and enacted a set of maps that are fair to all and consistent with historically recognized redistricting guidelines.”

What happened to Lawrence is hardly fair.

The size of the district, the approach of the Republican candidate and the political context of the year all combined to saddle this town with a barely visible race. Regardless of the outcome next month, the 1st District representative owes Lawrence more than a condescending nod.

“David Lowery fans: I hope you can join us on November 3rd at the Lawrence Arts Center.” You can expect an irreverent and wide-ranging conversation about the business of rock music, the Internet, capitalism, and maybe a little math,” writes library director Brad Allen.

“Does your local, state and national government represent you? In the Nov. 8 election, you can say ‘good job’ to the officials and vote to re-elect them or elect someone else who you think would do a better job of making our representative democracy serve the people,” Carol Williamson writes in this letter to the Times . .

“It’s best to keep local politics or personal feelings out of any suspension decision,” Sheriff Jay Armbrister writes in this guest column.