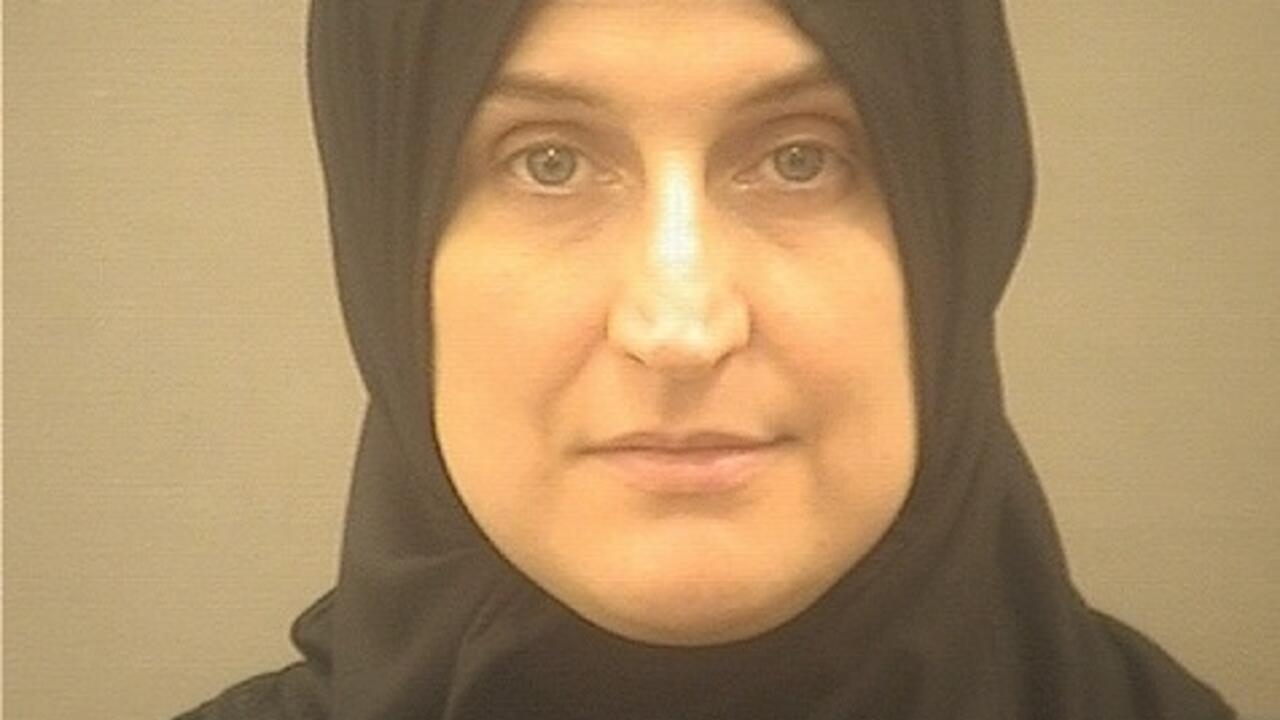 Washington (AFP) – An American woman who grew up on a farm in Kansas, converted to Islam and joined the Islamic State group in Syria, where she led an all-female military battalion, is to be sentenced Tuesday for providing support to a foreign terrorist group.

Allison Fluke-Ekren, 42, faces up to 20 years in prison after pleading guilty to terrorism charges in June in U.S. District Court in Alexandria, Virginia.

“For at least eight years, Fluke-Ekren committed acts of terrorism on behalf of three foreign terrorist organizations across the war zones of Libya, Iraq and Syria,” U.S. Attorney Raj Parekh said in a pre-sentencing memorandum.

“Fluke-Ekren brainwashed young girls and trained them to kill,” Parekh said. “She set out on a path of terror, plunging her own children into unfathomable depths of cruelty by physically, psychologically, emotionally and sexually abusing them.”

Parekh, who urged Judge Leonie Brinkem to impose the maximum 20-year sentence, traced Fluke-Ekren’s journey from her upbringing on an 81-acre (33-hectare) farm in Kansas to her arrest in Syria following the territorial defeat of IS in 2019.

While other Americans have traveled to Syria and Iraq to join IS, most have been men, and Fluke-Ekren is the rare American woman who held a leadership position in the now-defunct Islamic caliphate.

Born Allison Brooks, she grew up in a “loving and stable home” in Overbrook, Kansas, and was considered a “gifted” student, the US attorney said.

However, she dropped out of high school in her sophomore year and married a local man named Fluke, with whom she had two children.

Her son from that marriage testified anonymously about the years of abuse inflicted on him and his siblings by their mother.

“My mother is a monster with no love for her children, no apology for her actions,” said her son, who plans to attend Tuesday’s sentencing in Alexandria. “He has the blood, pain and suffering of all his children on his hands.”

After leaving her first husband, Fluke-Ekren attended the University of Kansas, where she married a fellow student named Volkan Ekren and became a Muslim. She later earned her teaching certificate from an Indiana college.

They had five children together and adopted another after the child’s parents were killed by suicide bombers in Syria.

In 2008, the family moved to Egypt and in 2011 to Libya, where the U.S. attorney said, “Fluke-Ekren’s tenacious effort to gain a position of power and influence to train young women in extremist ideology and violence began.”

They were in Benghazi in September 2012 when the Islamic militant group Ansar al-Sharia attacked the US mission and CIA office there, killing the US ambassador and three other Americans.

Fluke-Ekren, fluent in Arabic, assisted Ansar al-Sharia by “reviewing and summarizing the contents of stolen US government documents.”

The family left Libya in late 2012 or early 2013 and moved between Iraq, Turkey and Syria, becoming deeply involved with IS and living for a time in the stronghold of Mosul.

After Fluke-Ekren’s husband – an IS sniper unit leader – was killed in 2015, she forced their 13-year-old daughter to marry an IS fighter, according to the US attorney.

Fluke-Ekren, who adopted the nom de guerre Umm Mohammed al-Amriki after joining IS, would marry three more times and have four more children.

Her fourth husband was an IS military leader who was responsible for IS’s defense of Raqqa in 2017.

In 2017, Fluke-Ekren became the leader of an IS female battalion called “Khatiba Nusaybah,” which provided military training to more than 100 women and girls, according to the U.S. attorney.

“During the training sessions, Fluke-Ekren taught women and young girls how to use AK-47 assault rifles, grenades and explosive suicide belts,” Parekh said.

“One of those children, some of whom were as young as 10 or 11, was her own daughter.