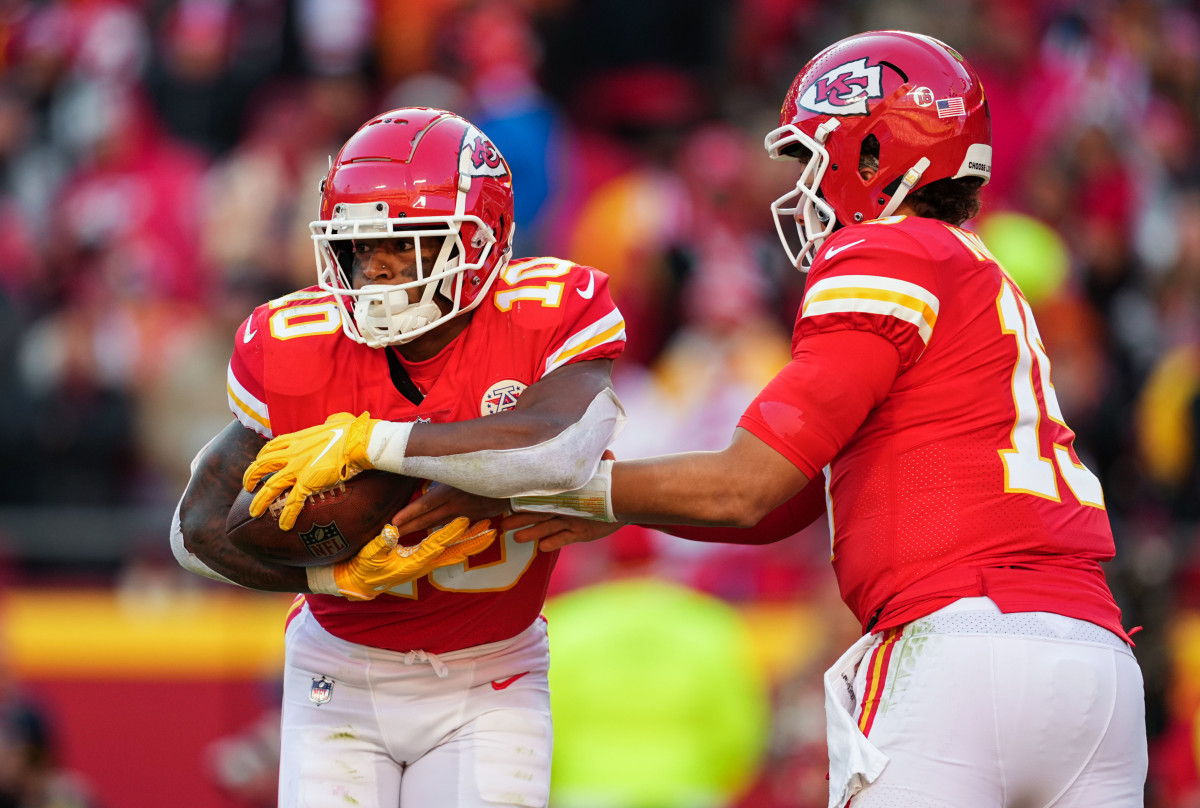 With all the personnel changes the Kansas City Chiefs have had on offense this offseason, it was expected to take some time for them to develop their identity on that side of the ball. With that in mind, at the start of the season they ran a lot of the same things the football world has seen over the past few years.

While the offense hasn’t changed drastically from what it usually looks like, there were some adjustments and improvements made against the Los Angeles Chargers that Kansas City should continue to implement throughout the rest of the season.

Against the Chargers, Skyy Moore played the most snaps of the season so far. The rookie second-round pick had been underwhelming up to that point in his young NFL career. However, with injuries to JuJu Smith-Schuster, Kadarius Toney and Mecole Hardman, Moore saw the field and showed why the Chiefs drafted him.

Moore had at least double the catches, yards and targets Sunday than any other game in his rookie season. Still, his first catch looked like most of the games he’s played in this year. He was at the back of a 3×1 formation that was supposed to occupy the defenders. Instead, on that third down, Patrick Mahomes got his final go at Moore and trusted him on the big down to come up with the rush.

That play led to Andy Reid and the coaching staff giving the rookie more opportunities the rest of the game. He was able to show the talent and ability that was shown on his college tape. Moore beat defenders off the line of scrimmage with his smooth release, created separation with his developed route-running ability and brought some short-area speed the Chiefs lacked.

Hopefully, Moore showed enough Sunday night in Los Angeles to earn more playing time. His skill set can greatly enhance the Chiefs offense as it happens later in the season.

The Chiefs play has been lackluster to say the least this season. In only two games did Kansas City play the ball at a high level: against Tampa Bay earlier in the season and in Week 11 against the Chargers. According to Focus on professional footballThe Chiefs had 13 turnovers against Tampa Bay and 10 a few days ago against the Chargers – only twice did they break double digits in those types of turnovers.

Since Week 1, the Chiefs have made rookie Isiah Pacheco their primary running back. Now that Clyde Edwards-Helaire has been placed on injured reserve, it will be the Pacheco show moving forward. On Sunday night, the team got a glimpse of what that would look like, and the rookie had his first career 100-yard game.

Pacheco’s burst and acceleration were on display as he racked up 7.1 yards per carry against the Chargers. He is a one-cut-and-go runner. Once he sees a hole, he cuts and hits an open lane. Gap runs fit this style, and Pacheco’s success with them was evident as he ran more gap games than zone games against Los Angeles. The Chiefs need to continue the trend of more gap runs than zone runs to have a more balanced offensive attack going forward.

Travis Kelce’s two touchdowns in the fourth quarter last week were against man coverage. Not only was that the case, but both were tow routes. The lanes may be short, but against man they are perfect. They allow the offensive player to escape his defender and create separation. So Kelce could do it either way and then add yards after the catch to get into the endzone.

Another route that can accomplish the same thing is the oblique route. Slants are designed to cut more upfield than brakes, but both have the idea of ​​gaining separation from the defender in man coverage.

On the first drive of the game, the Chiefs had Jody Fortson isolated in a 3×1 set. Fortson ducked quickly and Mahomes hit him quickly for an easy first down. Fortson is a bigger body, so his yard-per-catch ability is limited. However, putting a player like Toney or Moore on that route could result in him breaking one of them for a long gain or even a touchdown.

These routes should be called more often if opposing teams continue to play against the Chiefs in extremely high man coverage. Let your skills player win off the line of scrimmage and then make a play after the catch.