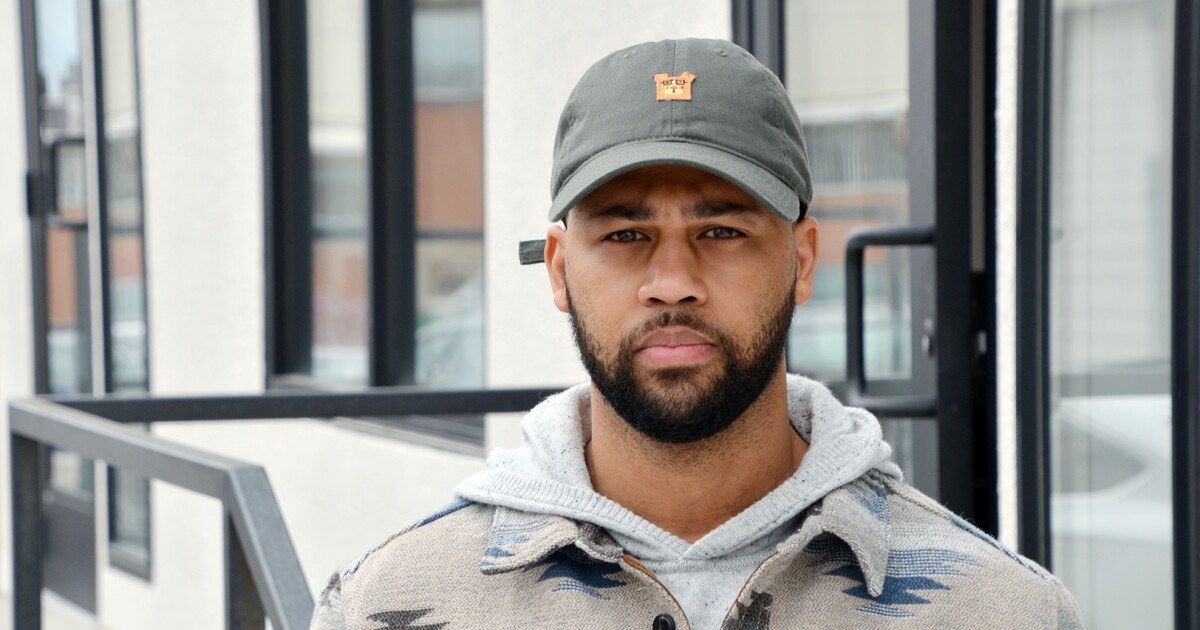 Brian Roberts said Kansas City’s premier Black-owned Essentials boutique has always been focused on building a national identity, but first needed to prove itself and its business locally.

“A lot of people pushed me to go in the web direction in the beginning, but I didn’t want to. There was a lot I needed to learn about the business before I opened it up to the nation. I wanted to build a community of local, repeat customers who could provide feedback and be my core audience. After that, I was ready to invest capital to build the website,” said Brian Roberts, founder of The Black Pantry.

Black Pantry’s website officially launched on October 19 and features a selection of products found at the Midtown brick-and-mortar store.

The foray into online retail comes just over two years since Roberts founded The Black Pantry in September 2020. Frustrated by the gap in Kansas City’s retail space between a high-end shopping experience and a showcase of black talent, Roberts purchased the trailer and curated mobile pop. – shop of black and manufactured goods.

In early 2021, The Black Pantry partnered with Made in KC to open a shared store in Midtown’s revitalized Martini Corner.

“I was able to move quickly because Kansas City has a great ecosystem where you can do that; it’s an ecosystem of trust,” Roberts said. “People are willing to help you because they want to see you succeed. We are happy to see how things are going. … The best thing I can do for Made in KC, all the suppliers in my store, and everyone who has helped me along the way is to win. Because if one of us wins, we all win.”

To highlight the artists and entrepreneurs who have worked with Roberts on his evolving journey, The Black Pantry’s website includes a “Featured Artist” tab. The artist will rotate each month, Roberts noted.

“Adrian Franks from Smokey By Nature BBQ Sauce is our first artist; he’s been with me since I started,” Roberts said. “With our website, which gives us a national reach, we wanted to bring attention to the people of Kansas City so that their brand could expand beyond the region. That’s something I’m very excited about at Black Pantry because we’re constantly growing—we have this omnichannel way to reach us and our partners.”

The further Roberts has gone on his journey with The Black Pantry, the more he considers himself an entrepreneur.

“I’m starting to see myself not only as a business owner, but also as an entrepreneur, because I find problems and solve them as I go,” he explained. “I do it through Black products.

His method for success: Watch and listen to other entrepreneurs.

“Before I even knew what I was doing, I was listening to the virtual classes offered by The Porter House [KC]” Roberts recalled. “I listened to entrepreneurs talk about their situation and took notes. … I also try to build relationships with people I really value. I ask them about their best practices and what not to do, and then I apply those practices in my own way.”

One of those businesses Roberts wanted to emulate was Made in KC, which eventually became a close partner, Robert said.

In addition to The Black Pantry and Made in KC’s shared store in Midtown, The Black Pantry has secured a booth at the Made in KC Marketplace in Lee’s Summit, Missouri. The location features products owned by Black and made locally in Kansas City, he noted.

The launch of Black Pantry’s online sales website is just the tip of the iceberg for what Roberts has planned, he teased.

“The magnitude of what we’re able to do is unlike any other brand,” he said. “I want to create a digital marketplace where we can buy and sell black brands between retailers. Then I can go and say, ‘Hey, you don’t have to wait for the Black Pantry to come to your town. You can open one near you with products from The Black Pantry wholesale website.”

Through the wholesale marketplace, Roberts would be able to build an ecosystem for black manufacturers across the United States, he said.

“We will be looking for financial support to make it happen,” Roberts continued, adding that he is open to talking to funders who want to be a part of The Black Pantry’s success.

Along with its digital footprint, The Black Pantry is looking to expand to another brick-and-mortar location in 2023, Roberts said, noting that another is to come. For now, he encouraged the community to check out the latest lineup of wines and spirits at the Midtown location and follow The Black Pantry’s Instagram for announcements about future tasting events.

It’s hard for Roberts not to think about the big picture, he admitted. His goal is to set the bar for how all businesses should operate, not just black businesses, he continued.

“I want the next iteration of the Black Pantry to bring something great to Kansas City,” said Roberts. “People talk about buying black because it’s Black History Month or July or Christmas, but I want to see people buy black because it’s cool, not just because it’s a holiday. I feel like if I can make the experience cool, intentional and compelling, I don’t have to say ‘Buy black’. It can only be me.”

This story was originally published on Startland News, a fellow KC Media Collective.