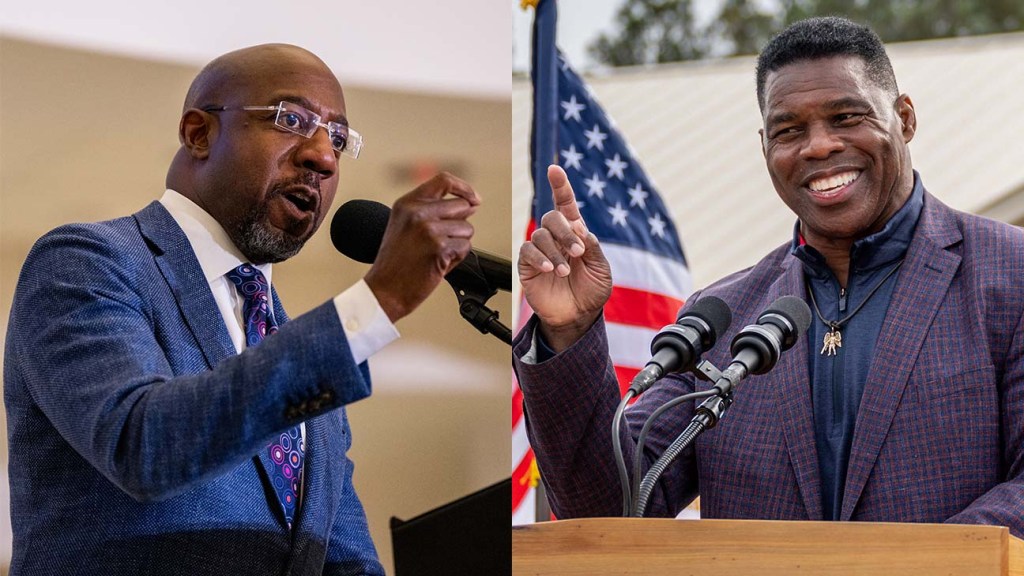 November 26 may be one of the most important dates in this year’s political calendar.

The Saturday after Thanksgiving will bring with it a 128-year-old rivalry, the football game between the University of Georgia Bulldogs and the Georgia Tech Yellowjackets (or, as the rivalry is referred to locally, “Pure Old Fashioned Hate”). .

The football game will be televised nationally on ESPN, and viewers outside of Georgia can get a taste of what residents of the state have seen on their televisions in recent months.

On December 6, just a week and a half after the game, Georgia will host a runoff for the US Senate seat, pitting incumbent Raphael Warnock against challenger Herschel Walker (who played for the Georgia Bulldogs from 1980 to 1982).

An ESPN source says “there is significant interest from both candidates in the Georgia runoff [from] PACs,” in the football rivalry, as well as other upcoming ESPN games (such as Georgia Tech basketball at Iowa on Nov. 29).

Indeed, viewers of any college sporting event featuring a team from Georgia (or neighboring states, for that matter) are almost guaranteed to have seen ads from Warnock Walker or various Super PACs funneling money into the race.

According to Medium Buying, which tracks political advertising spending and rates, 30-second spots during the Dec. 3 Georgia-LSU SEC championship game on the CBS Atlanta affiliate (owned by Gray TV) are running for $130,000; 30-second ads on Atlanta’s Fox station for Monday’s USA-Wales World Cup game are running for $35,000. And those are the candidate discount rates, with PAC facing a much steeper market rate.

Medium Buying notes that more than $31 million in TV ads have been booked as of Nov. 17, and that number is expected to accelerate in the coming days as campaign war chests are replenished and PACs return to where they want the cash.

The Senate race is shaping up to be another bonus bonanza for the TV business, and it comes amid a difficult economic environment where non-political ads are beginning to pile up.

That means any television company with exposure in the state of Georgia could benefit, although there are a number of reasons the advertising move won’t be as lucrative this year as it was for a similar game in January 2021.

For starters, the January 2021 special election was for two Senate seats (eventually won by Warnock and Sen. Jon Ossoff) and control of the US Senate. This time only one seat is up for grabs and the Democrats have already gained control of the Senate (albeit 51 yearst A senator would make life easier for them).

Additionally, the state of Georgia changed its election rules after the 2021 runoffs, shortening the special election window to four weeks instead of two months in 2020 and 2021.

According to AdImpact, more than $500 million was spent on matches in 2020.

While it’s not yet clear how much will be spent this time, one political ad watcher predicts it will be closer to $150 million to $200 million this time.

A shorter window (which means less time for campaigns to raise money) and a single election should mean less spending, although, as a political ad source noted: Super PACs could change the equation with their deep cash reserves and willingness to pay market prices.

But that tight window also means less time to close deals or for chains to move inventory.

As a result, ESPN’s competitive game won’t have as many political ads as one might expect. “Our live sports inventory is very tight, so we’re limited in terms of what we can accommodate,” adds the ESPN source.

The other beneficiaries of the ad bonanza will look mighty similar starting in 2020: Fox Corp., which owns the Atlanta station as well as Fox News, should see a steady stream of advertising (especially with the NFL, college football and the World Cup). ). Nexstar, TEGNA, and Gray Television own several stations in the state, as well as stations in neighboring states such as Florida, South Carolina, and Alabama, some of which overlap with counties in Georgia.

It all looms as an early holiday gift for the companies involved, and perhaps a temporary reprieve from the advertising chill that surrounds the rest of the media landscape.