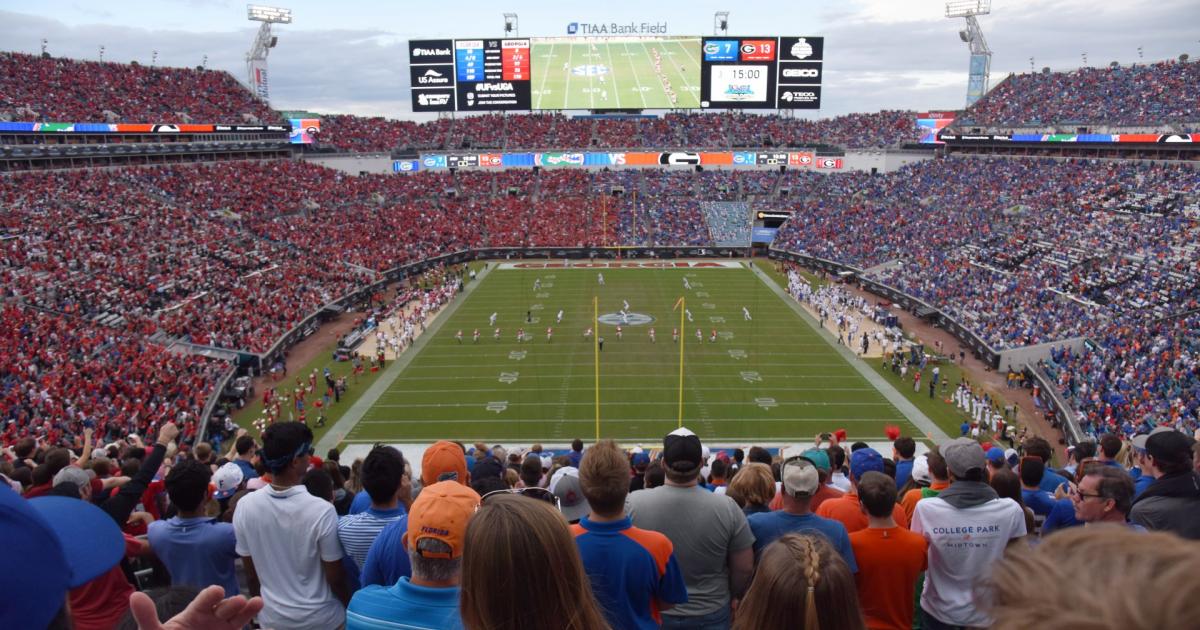 “The World’s Greatest Outdoor Cocktail Party” may have left Georgia, Florida and CBS, but its legacy lives on in the annual SEC East game.

Arguably the main event of the year, the rivalry has a tradition. Jacksonville, Florida becomes a college football town once a year due to a rough renovation at TIAA Bank Field.

In fact, it’s so loud that you won’t even hear the cocktails being mentioned on air. Many fans in attendance took the name too literally and failed to handle their alcohol, leading to many arrests. It is now called the “War for the Oar”, a reference to the Okefenokee oar that the winner receives after the game.

With that being said, don’t expect students or those who follow these schools to label it as anything else. Habit is an iron shirt. Old rivalry names seem to die harder.

Georgia vs. Florida was first given the nickname by the late Florida Times-Union sports editor Bill Kastelz in 1958.

As the story goes, Kastelz saw an inebriated fan sway toward a uniformed police officer on duty and offer him a drink. And since the 1958 game was, frankly, boring, Kastelz decided to romanticize the event.

“It was just one of those things that writers do when they can’t think of anything to say about the game,” Kastelz told The Tampa Bay Times in 1974. I looked around for a phrase to describe this brawl that continues… no, you see it’s not a fight. It’s a social event. People don’t come here to watch the game so much as to cheer on anything that wears their colors. It’s really fantastic. All these people come with booze or whatever.”

From there the name lived on.

Why Georgia vs. Has Florida lost its nickname?

When something is called “the world’s biggest”, the pressure increases to live up to the hype. Georgia vs. Florida was no exception.

The city of Jacksonville was the first to drop the name in 1988 after countless alcohol-related incidents during the 1980s. Florida and Georgia fans tore down the guardrails after storming the field in back-to-back seasons, which is clearly bad form at a neutral site. From there, the city decided to lose the branding.

The SEC and schools followed suit in 2000. They asked CBS to stop using the nickname in 2006, and several other names have appeared since then. Schools call it the War of the Paddle. Others call it the River City Showdown.

However, college football fans will probably never lose the drunken version of the name.

What is the history of the rivalry between Georgia and Florida?

The rivalry between Georgia and Florida dates back to 1904.

Georgia leads the streak 54-44-2 and has won four of its last five games after Florida won three in a row.