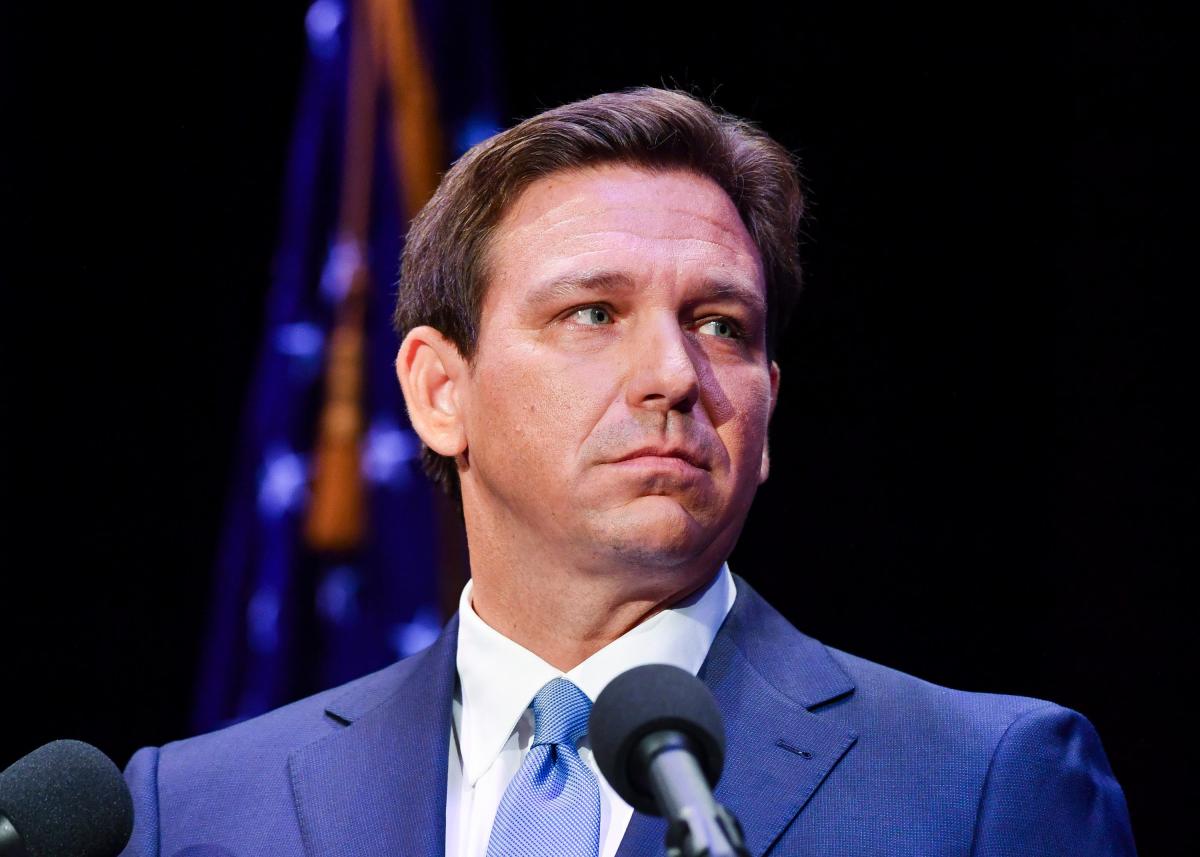 If there was a recipe for creating the next Florida governor Ron DeSantis, it might go something like this: Grab some playground bully off the shelf with a heaping spoonful of science denial, a mouthful of race baiting, and a dollop of LGBTQ bigotry thrown in for good measure. .

If it sounds ugly, that’s because it is (recipe and policy).

As a former Florida resident who visits as often as possible, and having close family that still lives there, I care deeply about what is happening in the Sunshine State and worry about where DeSantis is headed politically.

Not everyone agrees with me. During the first and only gubernatorial debate with former Republican governor and now Democratic congressman Charlie Crist Monday night in Fort Pierce, DeSantis drew unsettling applause for his hateful, misguided and divisive comments. Before the debate, DeSantis also led in the polls and proved popular in Florida.

Abortion rights or the price of bread: What will matter most to voters in the midterms?

After the debate, he returned to being favored as the GOP candidate running against former President Donald Trump (should he run) in the 2024 presidential election. I’m writing about the debate with that in mind. What kind of candidate would DeSantis be for the 2024 campaign? And god forbid, what kind of president?

The debate was a good window into that.

What DeSantis said during the debate

I never imagined saying this because I’m an atheist, but as I watched Monday night’s debate, I found myself praying for Crist to become governor again. As much as I dislike millionaires getting involved in politics, DeSantis’ far right ideology makes me nervous. But how will his rhetoric be felt by more centrist and independent voters?

Love him or hate him: Ron DeSantis is the GOP’s best shot at defeating Trump

DeSantis made some truly troubling comments during the debate. He also has a record of disturbing, bigoted leadership that has no place in America in 2022 or 2024:

►When local anchor Liz Quirantes asked about his “Stop WOKE” bill and his Florida Parental Rights in Education Act — which critics have dubbed the “Don’t Say Gay” law because it prohibits the teaching of sexual orientation and gender identity in the classroom. students in kindergarten through third grade — DeSantis began by dog-whistling about keeping Florida free. He also stooped to his usual race-baiting, saying “I don’t want to teach kids to hate our country” and claiming it was untrue that the United States was built on “stolen land.”

►DeSantis proudly rebuked science that claimed a 15-week fetus is “fully formed” (it’s not) and his abortion law makes no exceptions for rape and incest, even though 86% of Americans believe it should be. The governor also promoted his rejection of the advice of health experts during the worst months of COVID-19 by insisting he must keep Florida’s tourism industry open (he also banned school mask mandates).

►He disparaged LGBTQ teenagers and their families seeking gender-affirming care, calling it “genital mutilation” and comparing it to tattoos.

Let’s count: How many people exactly does Dr. Oz involved in abortion decisions?

DeSantis is not mature enough to be governor or president

DeSantis, like others in his party, seems unable to realize that he is (and would be, if elected) the governor All Floridians, not just those who agree with him. But his radical stances are leading progressives, moderate Democrats and even independent candidates in the opposite direction.

That won’t stop if he decides to run for president.

Notice for Opinions: Get columns from your favorite columnists + expert analysis on top issues delivered right to your device via the USA TODAY app. Don’t have an app? Download it for free from your app store.

DeSantis’ failure to answer Cristo’s question about whether he would serve a full term if elected made it painfully clear that he doesn’t care about being governor — he wants to be president. Instead of answering the question honestly, he mumbled something and then reverted to his inner bully on the field, calling Crist a “worn out old ass.” A “yo mamma” joke would probably have the same effect: Rally the base; to make everyone else cringe.

DeSantis doesn’t really want to be governor for very long, and he doesn’t want to listen to the American voters — he wants to be president so he can push his radical agenda from the White House.

I did not vote in 2016. Young, liberal voters: Don’t make my mistake with rolling deadlines.

You can read a variety of opinions from our board of contributors and other writers on the Twitter Opinions front page @usatodayopinion and in our daily newsletter Stanvisko. To respond to the column, send a comment to [email protected]

This article originally appeared on USA TODAY: DeSantis running in 2024? The debate shows what kind of president he would be