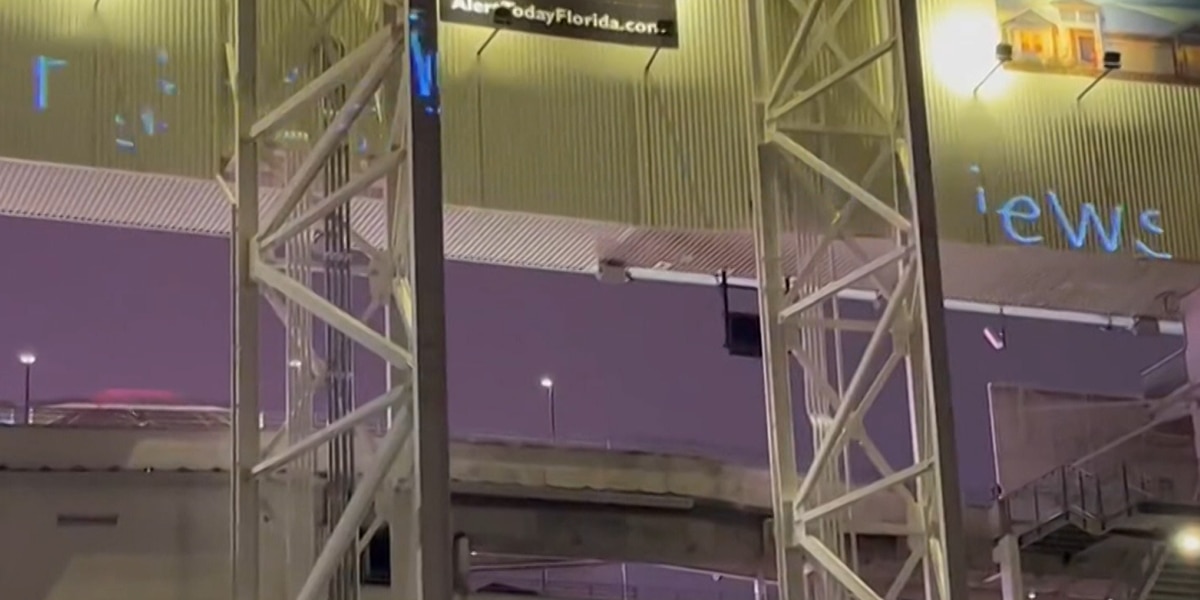 GAINESVILLE, Fla. (WCJB/CNN) – Bitter rivals came together to condemn anti-Semitism displayed at the Florida-Georgia football game in Jacksonville on Saturday.

“We strongly condemn the anti-Semitic hate speech projected outside TIAA Bank Field in Jacksonville after Saturday night’s Florida-Georgia football game and other anti-Semitic messages that have appeared in Jacksonville. The University of Florida and the University of Georgia jointly condemn these and all acts of anti-Semitism and other forms of hatred and intolerance. We are proud to be home to strong and thriving Jewish communities at UGA and UF, and together we stand against hate.”

During the Georgia-Florida game Saturday night, an anti-Semitic message that read “Kanye was right about the Jews” was projected across TIAA Bank Field, according to our news partners at News4Jax.

Another message displayed on banners hanging from the Westside overpass, just off Chaffee Road and Interstate 10. It read “End Jewish Supremacy in America” ​​and “Hockey if you know they’re Jews.”

The news follows a similar stunt a week earlier when a banner was held above a busy Los Angles freeway. Ye, formerly known as Kanye, has been shunned by many of his business partners after a series of comments directed at Jewish people.

RELATED: Kanye West escorted out of Skechers office after showing up unannounced

Some things are bigger than football

The meeting between our two great football teams was marred this year by a vandal who projected an anti-Semitic message (in support of Kanye West’s recent comments) onto the back of the scoreboard after the game.

Jewish Alligators and Jewish Bulldogs are united with good people around the world in condemning anti-Semitism, hatred and bigotry of any kind. It cannot and will not be tolerated.

If any student or community member has been disturbed by the display, our doors are open to contact us. We are always here for you, we will listen and help.

The Internet and even a simple projector gives anyone the ability to spread any message, even hateful, to any number of people. At the same time, it entitles us to the opposite.

In 1970, the Lubavitcher Rebbe, Rabbi Menachem M. Schneerson, of righteous memory, broadcast his message from Brooklyn, New York to cities and countries around the world. Using the technology of satellite television and radio, the words of the Rebbe, teaching Torah and goodness, were heard live around the world.

Today, each of us has a computer in our pocket that would have been incredible just a generation ago. Our words can reach others around the world, but with this tremendous blessing comes tremendous opportunity and responsibility.

The Rebbe taught us that the words we use create the reality around us. He promoted positive language, helped popularize terms like special needs, and challenged us to consider the power of speech.

In accordance with the teachings of Judaism, our responses to the words of darkness must be responses of light. And as the Rebbe always taught, in a place of darkness, a little light has a big effect. Each of us can do one more good deed to help someone in need, bringing more light to our campus, community, and world.

We deeply appreciate the support of all who have reached out to us and all who support our dear Jewish communities at this time. Such acts and displays of hate are not a reflection of our beautiful University of Florida and University of Georgia community.