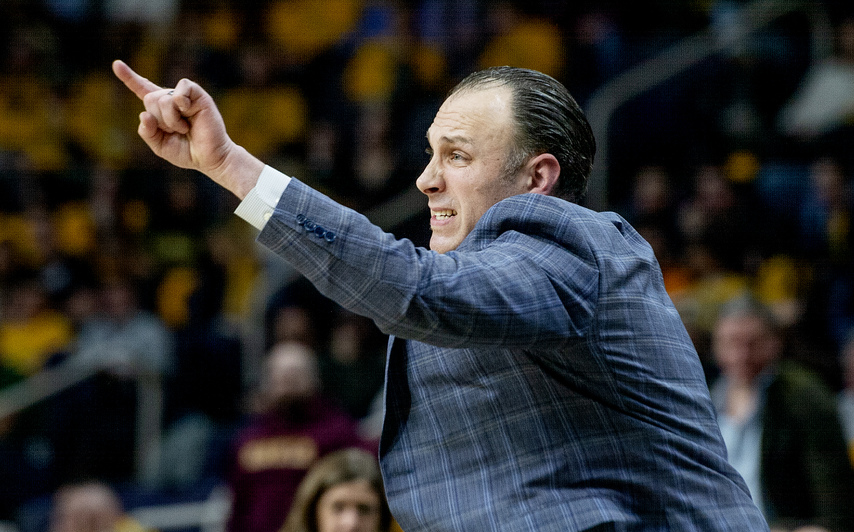 LAKE BUENA VISTA, Fla. – It was a “confidence boost” for sure, but Andrew Platek saw Siena’s double-digit victory over Thanksgiving Day as an example of how seriously the Saints need to be taken this season.

“Every team that’s on the field with us has to play with us,” Platek said. “They have to play Siena Saints.

On Thursday, Florida State of the ACC couldn’t keep up with the Saints, who opened their ESPN Events Invitational with a commanding 80-63 victory to advance to Friday’s semifinals. Siena will play Mississippi at 11 a.m. Friday, coming off a 72-68 win over Stanford on Thursday.

After losses to Army and Harvard, Siena never trailed and led by as many as 20 points on Thursday to record its first win against an ACC opponent since defeating Georgia Tech – led by former Saints head coach Paul Hewitt. — in 2010 in Albany. Platek scored a career-high 20 points on 7-of-9 shooting, including 5-of-6 from 3-point territory, to lead Siena, which also got 18 points and a game-high eight assists from Florida native Javian McCollum against Florida State. .

Siena’s 17-point halftime lead never dropped to less than nine points after halftime. Siena held at least a four-possession advantage for the final 17:25 on a layup from Zeke Tekin, one of several Saints who made significant contributions off the team’s bench.

“This is the team we can be,” Siena head coach Carmen Maciariello said.

Still, the way the Saints (3-2) handled Florida State during their Thanksgiving Day win at State Farm Field House was unexpected. Siena got off to a fast start on Thursday, weathering a flurry of Florida State comebacks in the opening period and ending the half with a 21-6 run and a 43-26 halftime lead. Siena built an early 16-5 lead before Florida State battled back to pull within 22-20 midway through the half, and the Saints’ halftime run included the final 10 points of the period.

“Early in the game, we emphasized ball movement to keep the motion offense flowing,” Platek said. “I think we did really well. Javan prevented the ball from sticking; once we got it to him, he would turn it over one more time and we got all our guys in a rhythm.”

McCollum scored a dozen points in the first half, while Platek added 10. Jared Billups scored seven points and had two blocks — including one on Florida State 7-foot-4 Naheem McLeod — in an opening stanza where eight Saints scored.

The end of Siena’s halftime surge came on free throws by McCollum with 1.8 seconds left after McLeod was ejected for a hit to the head of Siena freshman Killian Gribben. McCollum made the foul shots that resulted from the flagrant foul.

“It was a nice little elbow,” Gribben said of the contact McLeod made to the head.

Prior to Thursday’s win, Gribben had only played a few seconds in his young career at Siena. Foul trouble for rookie center Jackson Storm — who ended up scoring 10 points in 20 minutes before fouling out — initially helped Gribben, a 6-foot-10 freshman from Ireland, get on the court against Florida State.

However, Gribben quickly earned additional minutes with his production. In 13 minutes, Gribbin scored nine points, grabbed three rebounds and blocked a shot. The Saints outscored Florida by a dozen points during Gribben’s time on the court.

“I will definitely believe in myself. [next game] because when I stepped on the court [against Florida State]“I was a little nervous,” Gribben said. “But as long as I stay the course I should be fine.

“It was actually Jared Billups. [who] He came to me and also wanted a timeout,” said a smiling Maciariello after the victory.

A basket by Tekin ended Florida State’s 8-0 run, then the freshman guard from Turkey found Storm for a layup to give the Saints a 47-34 lead. From there, Siena never lost control in its most lopsided victory since a 77-55 victory in March 2020 against MAAC rival Niagara.

Matthew Cleveland scored 14 points to lead Florida State, which was outrebounded by Siena 31-29.

The win doubled as a rebound performance for McCollum after the sophomore scored two points in Siena’s loss Sunday at Harvard.

“I was just focused on winning the game with my teammates,” said McCollum, who averaged 20.3 points per game in Siena’s first three games. “I mean, that’s in the past. . . . I have to grow as a player. I can’t let it bother me. So we came into this game focused on FSU and just winning as a team.”

Next up for Siena is a chance to become the first MAAC program to make the championship game of the ESPN Events Invitational. Maciariello said he plans to “enjoy the moment” as the Saints prepare for another tournament contest.

More from The Daily Gazette: