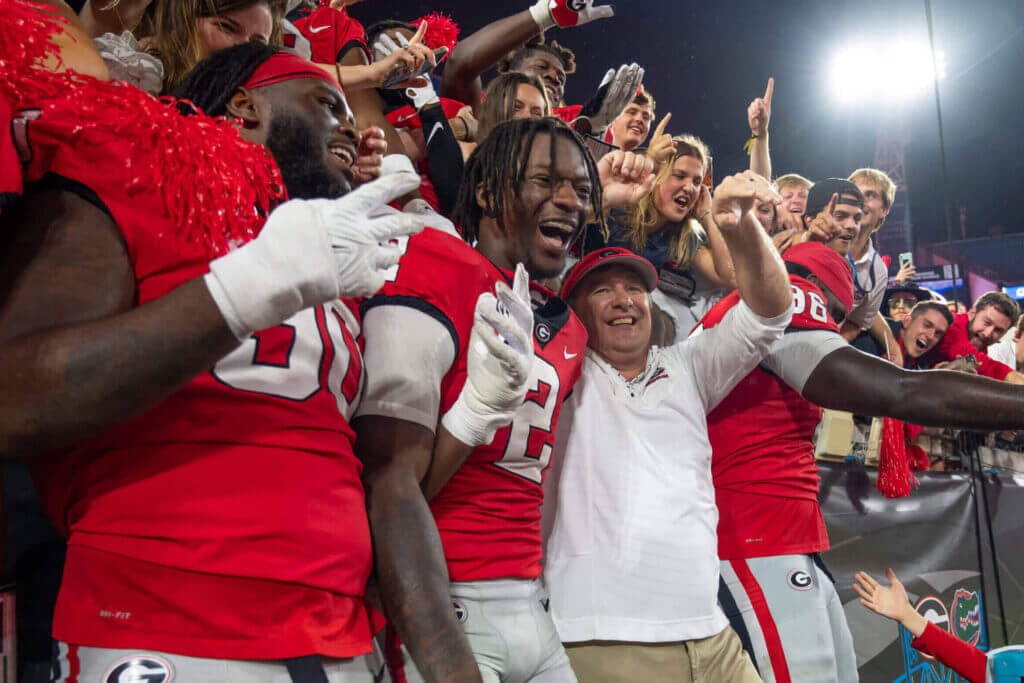 JACKSONVILLE, Fla. – The Georgia Game of the Century is upon us, and there’s a factual basis to be said: Never before has a top-three matchup been held at Sanford Stadium. Kirk Herbstreit and company will be coming to “College GameDay.” Likewise, Gary Danielson et al. Athens will be the center of the college football universe.

That may ultimately give Georgia an advantage this week: The players won’t be in awe of the moment. And it won’t hurt to be at home for the moment, in a place that, rankings aside, has seen a lot of big games. Those may be some of the reasons why Georgia opens as a surprisingly heavy favorite — but only half as favored as it was against Florida. (My condolences to those of you who took Georgia to the rescue on 5/22.)

Let’s take a look back together as this pivotal week begins:

Why is Georgia favored by 11 points?

There’s home field advantage, big-game experience, and another reason we talked about: Kirby Smart and his staff have eight film games in Tennessee, including the Vols’ game against Alabama, so if there’s a way to defend this offense, they’ve had time to do it find. 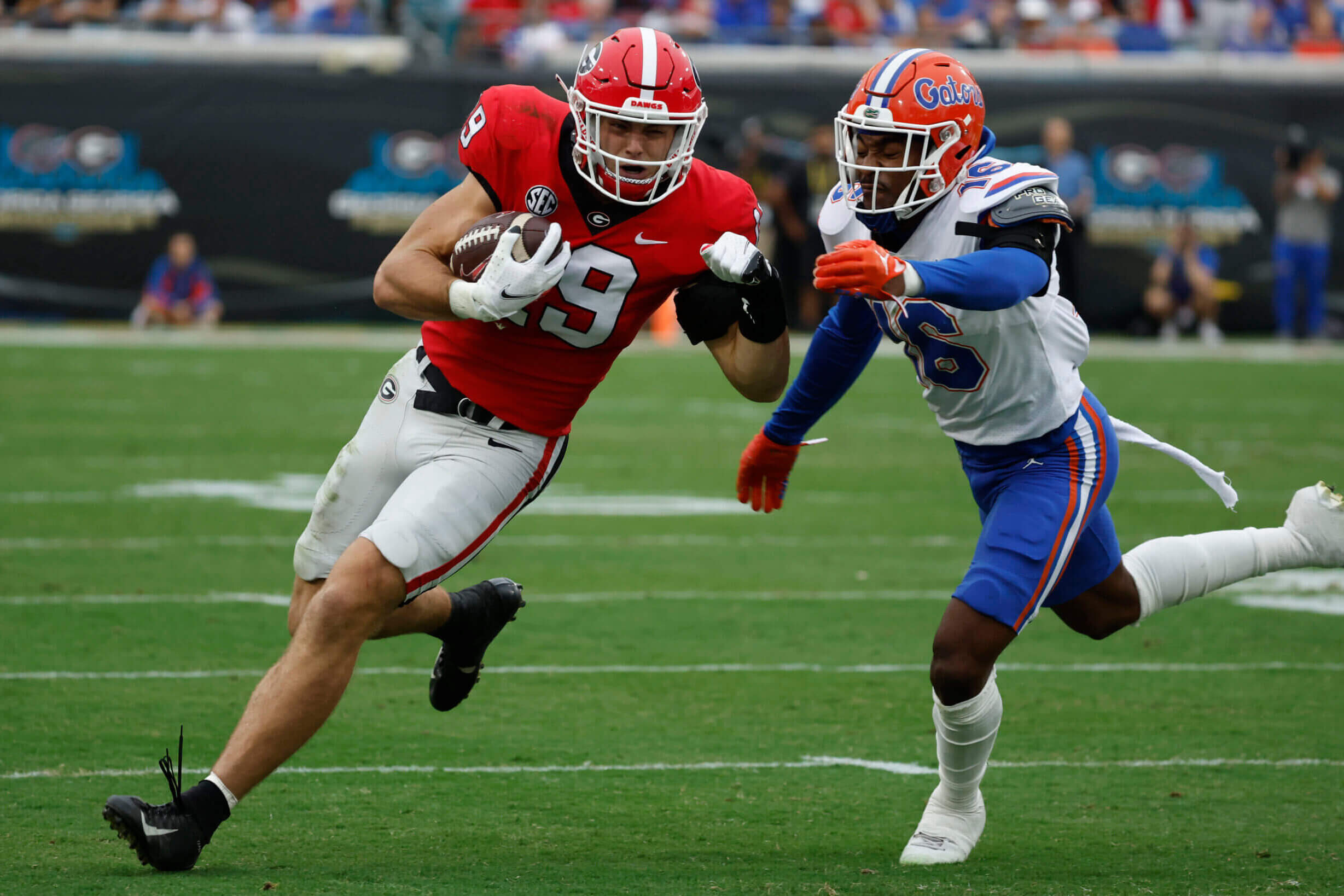 Which doesn’t mean they will: Alabama still has the SEC’s best yards-per-game defense, and the Volunteers beat it. For those prepared to make their Georgia mortgage payments to cover the spread, there are at least two other cautionary notes:

• Tennessee’s defense is underrated. Too many people look at total yards — where the Vols are ninth in the SEC — and go with that. But that says volume, which is misleading because opponents are playing catch-up and have more drives. The better measure is almost always yards per play, and Tennessee is fourth here, which is also where it ranks in scoring defense. That doesn’t mean the Vols are going to stop Todd Monken’s offense. It just means it doesn’t have to be a swinging gate scenario.

• While this will be only Tennessee’s third road game, the first two were no fluke: Pittsburgh was a close game, 34-27, so the crowd was into it until the end. The other was Death Valley at LSU, where Tennessee won in a 40-13 contest.

Tennessee is looking for real.

But so does Georgia (still)

Tennessee and Georgia are first and second in the nation in total yards per game. And if you prioritize yards per play, which you should, those two are still third and fourth in the nation.

Entering the week, Georgia’s offense was leading the nation driving success, as well as in the percentage of units (64.2) that lead to a score. Tennessee was second at 61.3 percent.

On Saturday, Georgia was 6-for-14 if you count late-game kneels. Tennessee was 7-for-12 on the final possession of the game.

In other words, Georgia and Tennessee have the same amount of punts this season: 18, tied for second-fewest in the nation (the three teams have 15). Both have also taken care of the ball fairly well: Tennessee has eight turnovers this season and Georgia has nine.

The main difference has been the percentage of touchdowns in the red zone: Tennessee has hit it 80 percent of the time (36 of 45 times), while Georgia is at 70 percent (33 of 45 times). Even then, though, the Bulldogs are improving, getting touchdowns on 12 of their last 14 trips into the red zone, including all four against Florida.

The biggest disparity seems to be on the other side of the ball: Both defenses have been good against the run, but Georgia ranks first in the SEC in pass defense, as measured by opponent yards per attempt, while Tennessee is ninth. (So ​​Alabama is second, so…)

My guess is that the handicappers see a Georgia offense that is almost as good as Tennessee and a defense that is definitely better on paper, then add in the home crowd factor to get to the 11-point margin.

It will be interesting to see what happens when a lot of money starts to cover Tennessee. If it doesn’t move, it means the punters really like Georgia in this one.

Stetson Bennett seemed to get really lucky with a ball that could have been picked off instead of turning into a 73-yard touchdown pass. But Bennett said there was a reason he threw it like that: He thought he had a free play.

Bennett said he saw Florida’s Brenton Cox jump offside. He figured it was a why-not situation and threw it to his best receiver: Brock Bowers.

“But they didn’t call it,” Bennett said. “But I thought he did (jump offside), so I gave Brock a chance and the guy put his hand out there and made a good play. Then Brock just grabbed the ball and ran.”

“I didn’t get as much separation as I wanted, but Stetson just gave it a shot,” Bowers said. “I saw it bouncing around and I just grabbed it.

Bowers shook his head after crossing the goal line.

“I was kind of laughing,” Bowers said. “I didn’t even see the ball until it hit his hand. Then it started bouncing and I just caught it. I could not believe it.”

Smart said he thought it was “karma” for a pass Darnell Washington dropped earlier in the drive that looked like it could have gone a long way.

Bennett continues to throw a lot more downfield, and that increases the ring for Gunslinger Stetson to return, which he did in just about the worst possible place: His interception in the third quarter gave Florida a possession that led to the Gators down Georgia’s lead at 28-20. Bennett later acknowledged that he should have checked in to Washington, but instead tried to place it to the left where it could be easily removed.

Otherwise, Bennett and Smart felt the quarterback had a good day. His first tackle of the game wasn’t really his fault, as the defender stripped Dominick Blaylock of the ball. There was a drop on what would have been a long completion to Washington and Ladd McConkey.

“Stetson is playing well. He had a few moments tonight. But he also did some really good things that the normal eye might not see,” Smart said. “You take away a couple of decisions and he played really well. And it allows us to score because we’re probably not what we were last year defensively. But play as a team, play complementary football.”

The pass protection was good, allowing Bennett to sit in the pocket and run through the motion. This could lead to him becoming greedy and trying to fit into tight spaces. But Bennett chalked it up to trusting his receivers.

“They went to the man several times. And we took some shots,” Bennett said. “Good wideouts and good tight ends came with them.

“Contain him,” Georgia linebacker Jamon Dumas-Johnson said when asked about the strategy. “We wanted to let him play from the pocket. And that’s what we did today.”

Georgia had a season-high three sacks after entering the game with just seven on the season. More importantly, there was consistent pressure, which Dumas-Johnson credited for so many incompletions. (Richardson was 18 for 37).

“I feel like we put a lot of pressure on him,” said Dumas-Johnson, who accounted for five of the team’s 10 QB hurries Saturday. “That’s something we wanted to do today, push him, not let his eyes scan the field. Make him pull it out fast.”

The return of Jalen Carter may have helped, even though he was only on third down. Carter was credited with just one tackle (an assist), but he helped push the pocket forward and Georgia’s quickness and awareness on the edges prevented scrambles.

Carter had missed the previous two games with a sprained MCL. He was projected as a high first-round pick in the NFL draft a season ago, and on Saturday, Smart picked him up for praise.

“He loves this team; it’s important to him,” Smart said. “At a time when some kids don’t care about the team, he cares about the team and he wanted to play. He took on the role we asked him to do. And hopefully he’ll continue to be healthy.”

That would be a big loss for next week. Nolan Smith had Georgia’s first sack, and as a senior who had the last sack in the national championship game, he’s the type of player you want there for Saturday’s game. Smith left the game with a shoulder injury, and Smart said it could be a separated shoulder, but he wasn’t sure. That may sound ominous, but Smith wasn’t wearing a scarf or even a shoulder pad even when he went to the locker room after the game.

Still, it remains to be seen this week. If he can’t play, you could see Georgia playing one outside linebacker most of the game instead of playing an extra cornerback, which it could have done anyway to combat Tennessee’s vertical offense. (In other words, more dime personnel, keeping a nickelback on the field but using a third cornerback rather than a third safety, especially with Dan Jackson out for the year. Another option is to use two nickelbacks — Javon Bullard and Tykee Smith — for the same amount of time.)

AD Mitchell is the big to watch on offense this week. He made the trip to Florida but was out of uniform, a step back from the previous game when he changed before Vanderbilt but didn’t try to play. This is a high ankle sprain that just hasn’t gotten better, and Mitchell clearly tried to come back too soon against Auburn.

There were two offensive line injuries against Florida: Starting left guard Xavier Truss injured his big toe, but he remained on special teams while sitting out the offense. Amarius Mims, who joined at right tackle, suffered what Smart called a “minor” MCL injury, not as severe as Carter’s.

There were no immediate updates on rookie Darris Smith, who was injured when he was knocked to the ground on a kickoff.

Is it all about turnovers?

Short answer, no, it’s not easy All about turnovers. Georgia’s defense gave up a 75-yard drive to start the second half and then a 78-yard touchdown pass. Two long fields, two scores for the other team.

However, it should be noted that in the three games Georgia’s defense has surrendered the most points — Kent State (22 points), Missouri (22 points) and Florida (20 points) — a total of eight Bulldogs turnovers. In the other five games, we had one turnover and 20 points combined. That’s pretty stark.

• Georgia has what seems like a disproportionate amount of short touchdowns: 20 of the team’s 44 touchdowns have been from the 4-yard line or closer. Twelve of those touchdowns were from 1 and 16 from 3 or closer.

• One final note (for now) comparing Georgia to this week’s opponent: Tennessee leads the nation in plays of 30+ yards, while Georgia is tied for 74th. But Georgia ranks among the nation’s best in plays of 10 or more yards (tied for fourth), while Tennessee has only 42. Anyone who has watched the two offenses shouldn’t be surprised: Tennessee is more explosive, and Georgia tends to succeed with “chunks ” games, thanks in large part to those tight ends. It’s another contrast in styles, and it’s another aspect that makes this a fascinating match.