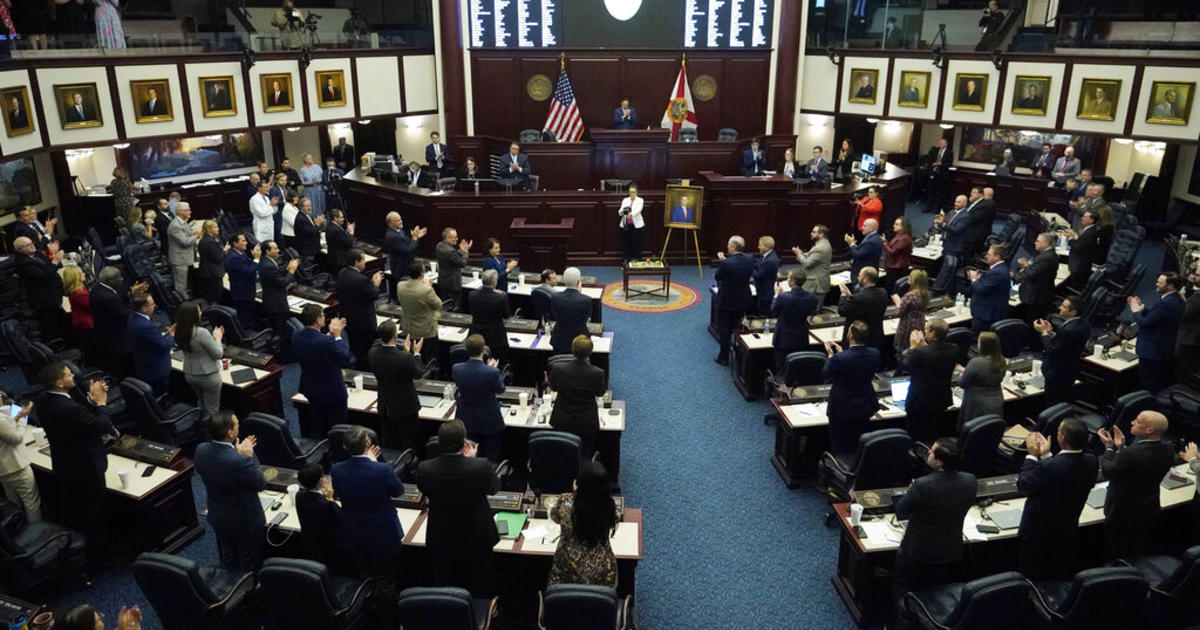 TALLAHASSEE – After heavy losses in the Nov. 8 election, House and Senate Democrats began trying to fight back as they gathered at the state Capitol this week.

The Legislature’s one-day organizational session on Tuesday featured new Republican leaders formally stepping into their roles with “supermajorities” in the House and Senate.

But Democratic leaders offered a message of renewal this week as Rep. Fentrice Driskell, D-Tampa, became House Minority Leader and Sen. Lauren Book, D-Davie, began a new term as Senate Minority Leader. During her nomination ceremony Monday night in the House, Driskell said the party should “end the last election season” because it looks like it’s going to turn things around.

“I know that right now the influence of Republicans in our state is exaggerated. But they don’t really represent the full diverse sensibility of our state. I’ve heard from Democrats across the state asking, ‘What happened to the Democratic Party in Florida?’ Maybe some of you are asking the same question. From my point of view going forward, well, you are the party. We are the party. And the change starts right here and right now,” Driskell said.

With Republicans holding more than two-thirds of the seats in each chamber, Democrats have little procedural power to prevent a Republican administration from advancing its agenda. A supermajority means that even measures such as public records exemptions, which require a two-thirds vote, can be passed without fear of Democratic opposition.

During Tuesday’s organizational session, Driskell addressed the entire House and cast Democrats as underdogs who would not be ignored.

“We have a lot of work ahead of us, and I look forward to the dialogue. But it is important to me that you understand that my committee intends to behave as this great democratic republic demands – as a loyal opposition. A vocal minority whose voice is heard despite the obvious math counting the votes,” Driskell said.

The organizational session included the swearing in of the Rep. Paul Renner, R-Palm Coast, as Speaker of the House and Sen. Kathleen Passidomo, R-Naples, as Senate President. While Republicans have controlled both the House and Senate since the 1990s, this month’s election produced an expanded majority.

Opponents of abortion gathered in the Capitol’s fourth-floor rotunda as lawmakers met. They urged lawmakers to end abortion in Florida, chanting things like “no more excuses.”

During her speech, Driskell warned against efforts to further restrict access to abortion after lawmakers passed a 15-week limit on abortions this year. But Driskell and Book acknowledged the numbers are against them as they enter their two-year tenure.

The book called the 12 Senate Democrats the “dirty dozen” and described the losses during the election as requiring a “fundamental shift” in Democratic strategies to be effective.

“For the past several months, we have been at war. The battles that started inside this chamber have spilled over into Senate districts across the state. And while we have fought hard to defend the rights and freedoms of Floridians and been a strong voice for working people, we have suffered great losses,” he said Book, who became leader in 2021, during the appointment ceremony on Monday.

Sen. Shevrin Jones, D-West Park, said “being down is not a failure, being down is an opportunity” for Democrats. Jones suggested the road to rebuild could be long.

“The long game is what counts. What does that look like and how do we get there?” Jones said during Book’s ceremony.

But Book and Driskell have also expressed a willingness to work with Republicans on issues plaguing the state, focusing primarily on the state’s ailing property insurance system.

Renner congratulated Driskell on her leadership role as he set priorities in a speech Tuesday.

“I also promise the members of the minority party that we will have a thorough debate. I am confident that all members will show the civility and mutual respect that all of our constituents deserve,” Renner said.

Passidomo similarly said lawmakers will need to work together on issues such as the recovery from Hurricane Ian, which devastated areas including her district in southwest Florida in September.

“Most issues we agree on, such as workforce housing, protecting the environment, protecting our vulnerable population, and honoring our veterans and first responders. There are a few things we disagree on, and that’s fine. I assure you we will listen to each other concerns and we will incorporate suggestions to improve each bill,” Passidomo said.

The CBS Miami team is a group of experienced journalists who bring you content on CBSMiami.com.