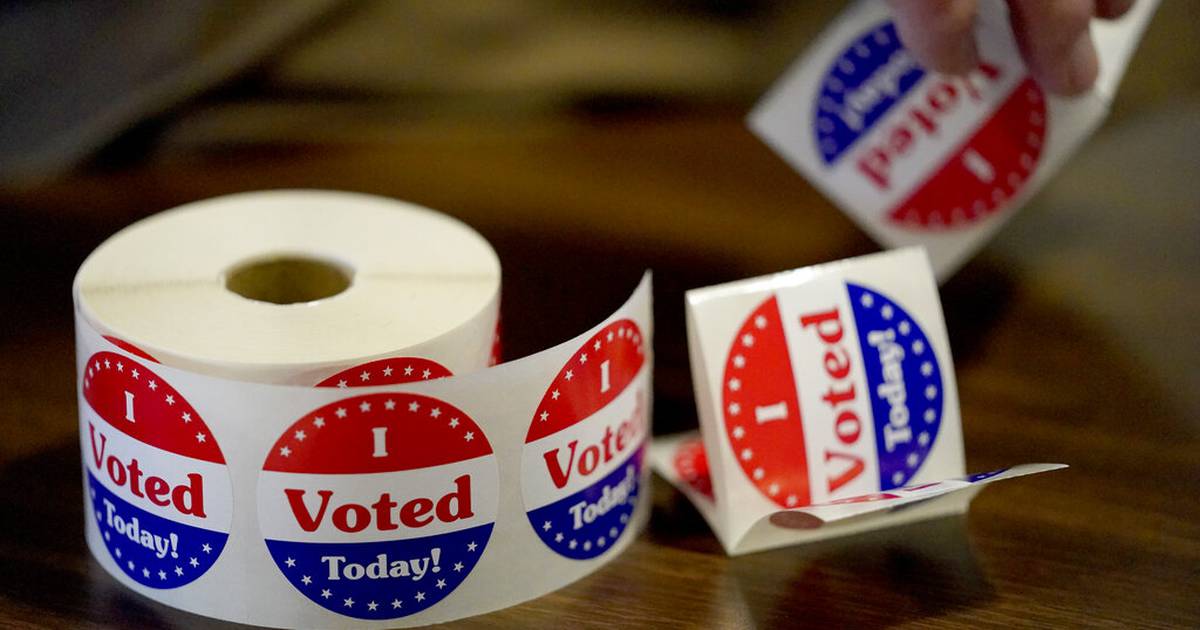 Next Tuesday, California’s midterm elections will give voters a chance to consider seven propositions that address issues ranging from reproductive rights to flavored tobacco products. Here’s an overview of the measures to consider and what they mean for Californians.

The Democratic Party, the Peace and Freedom Party, as well as Gov. Gavin Newsom and Sen. Dianne Feinstein have expressed support for Prop 1. More than $14 million from organizations such as Yes on Prop 1, Federated Indians of Graton Rancheria and Newsom for Governor of California 2022 have contributed to support the proposal .The Republican Party opposed the proposal, and committees like Stop Prop 1 contributed nearly $300,000.

“It’s definitely frustrating that the issue is being voted on,” said Sabrina Dimesa, a senior economist in Hermosa Beach, California. “I feel like it’s a right that should be protected no matter what — it’s an inalienable right.”

A recent poll suggests that 69% supported the measure, while 25% opposed it.

Both proposals seek to expand the availability of sports gambling in California.

Prop 27 would allow licensed tribes and gambling companies to offer online sports betting on mobile devices. In addition, 10% of sports betting would go towards tackling homelessness and helping those with gambling addiction problems. A small portion of the money raised will also go to non-online sports betting tribes. A “yes” vote supports the legalization of online gambling, while a “no” vote opposes it.

“It’s bizarre that what’s at the heart of the proposal to legalize sports games appears to outsiders to be about homelessness,” said Douglas Becker, a professor of political science and international relations at USC. “It really has very little to do with homelessness, and I have to admit I’m very frustrated by it… It seems like a strange political perspective.”

Prop 27 received further opposition from Newsom, both the Democratic and Republican parties, and the Peace and Freedom Party. Organizations such as Yes on 26, No on 27 and the Agua Caliente Band of Cahuilla Indians contributed nearly $250 million to oppose the proposal.

Recent polls suggest that neither measure will pass.

The proposal would nearly double California’s funding for public education arts and music programs and send 30% of the allocated funds to schools serving low-income students in the coming years. A “yes” vote would support an increased budget for arts education, while a “no” vote would oppose this increase in funding.

The measure received support from the Democratic Party, The Yes on 28 Committee and SEIU California. There was no official opposition to this proposal. More than $10 million in support of the proposal was contributed by Yes on 28, Hollywood stars such as Sylvester Stallone and Barbara Streisand, as well as teachers’ unions.

Proposition 29 would require dialysis clinics to have a resident physician, nurse practitioner or physician assistant; report data on dialysis-related infections; and not discriminate against patients based on the source of payment for care. The measure is similar to Prop 8 and Prop 23, which were rejected in California in 2018 and 2020, respectively. A “yes” vote would support these new provisions for dialysis clinics, while a “no” vote would oppose them.

The measure received support from the Democratic Party, the Peace and Freedom Party and Californians to Protect Kidney Dialysis Patients, with nearly $8 million raised for the proposal. It faced opposition from the Republican Party and organizations such as the American Academy of Nephrology PA and the California Chamber of Commerce, which raised nearly $90 million against the measure.

Proposition 30 aims to tax wealthy Californians who make more than $2 million a year. The 1.75% tax will be used to fund projects for zero-emission vehicles, charging stations and funding forest fire prevention programs. A “yes” vote would support this wealth tax, while a “no” vote would oppose it.

“I find it interesting that political leadership like Gavin Newsom has come out against it,” Becker said. “If it’s green, I think Californians would vote for it — certainly the students at USC [would].”

The poll showed that 41% supported the proposal, while 52% opposed it.

The proposal received support from Newsom, the Democratic Party, the Peace and Freedom Party and the California Teachers Association, with Yes on 31, Michael Bloomberg and others contributing more than $35 million. The proposal was opposed by the Republican Party and countless tobacco brands, which raised more than $23 million against the proposal.

“Prohibition won’t work,” said Daphne Yaman, a junior journalism major. “It’s a matter of marketing towards a younger audience. I think that’s the problem, but I don’t think banning their sale would do anyone any good.”

Registered California voters can cast their ballots on Tuesday, November 8.