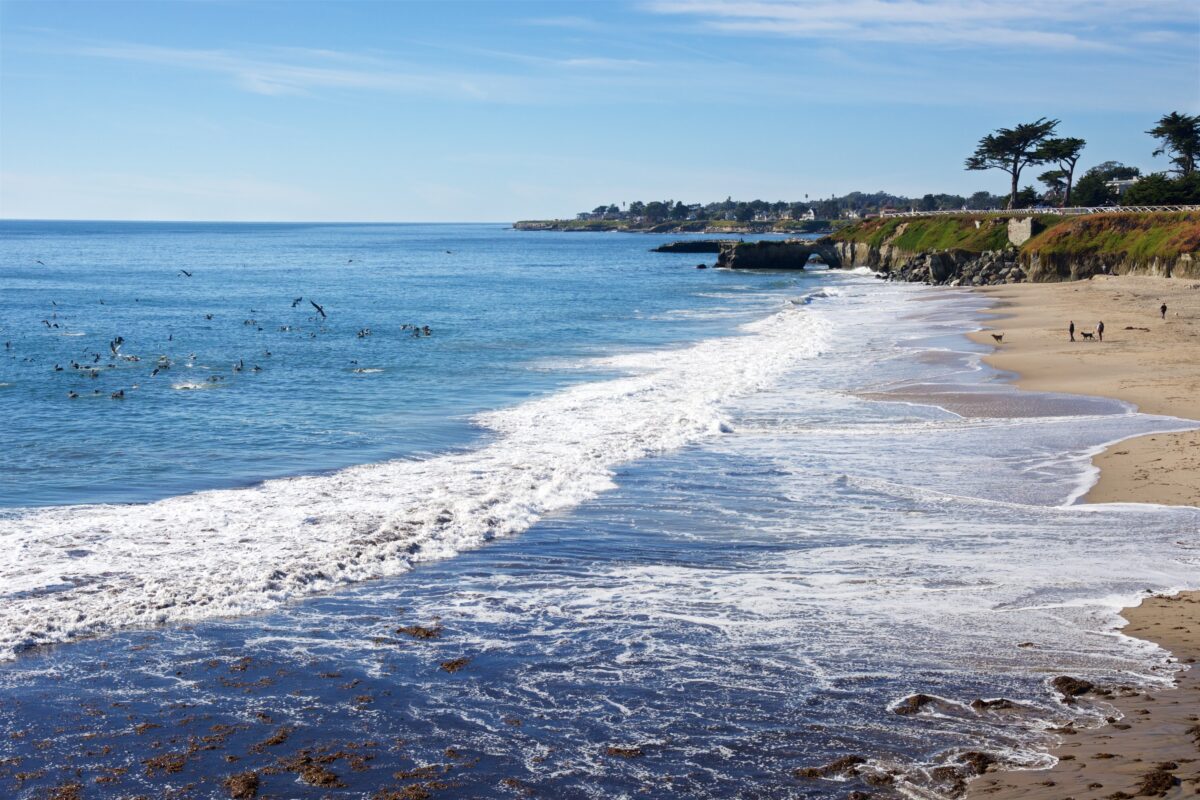 While it’s usually my job to criticize public policy in this state, there are actually a lot of things to be thankful for in California in 2022. Some of them:

Weather. Just look at the Buffalo buried in seven feet of snow. I grew up in Michigan where we regularly suffered from blizzards like this. I remember listening to “California Dreamin'” by the Mamas & the Papas on the radio and dreaming of moving to the coast and frolicking in the sun and surfing with the “California Girls.” I have been here for 35 years and I have no plans to leave.

Beach. Other areas have beaches. Michigan has thousands of miles of them, on the Great Lakes and smaller inland lakes. But when people talk about the beach, capital B, they mean the beautiful coast of California. I haven’t done it in over ten years, but driving PCH along the coast to Monterey is the best in the world. And those sunsets.

Technical universities. Forget university humanities departments, most of which have been corrupted by PC beyond usefulness. But for now, at least, Cal Tech, Stanford, the UC and Cal State systems, and other schools offer the world’s best education in STEM — science, technology, engineering, math.

Health care. Despite the problems, it is really excellent. The hospitals are some of the best in the world. And some of my doctors are so good that I have had them for 22 years in one case and 35 years in another.

Silicon Valley. I’m reluctant to include this one on my list because the companies there have become so monolithic and PC. Nevertheless, the technological world is still concentrated there. And if you are a young programmer or engineer, this is still the place to be.

Restaurant. There’s almost everything you want and it’s delicious. Unfortunately, some of my favorites have closed during the COVID hysteria. But new ones opened and many old ones remained. I was recently diagnosed with diabetes and have to stick to a low carb diet. This is much easier in a place like California than in the backwoods.

In-N-Out-Burger. Their Double-Double with cheese, protein style, is fantastic and my top pick for fast food.

Orchestras. I don’t go as often as I used to, but the Pacific Symphony here in Orange County is a top orchestra. And the LA Philharmonic is world famous.

National parks. The beauty of the local nature is unsurpassed in the park of Redwoods, Sequoia and others. If you’re a veteran, you can get a free lifetime pass to national parks.

State parks and beaches. If you are a senior, you can get a state park pass at one of their stations for $20. It gives you free entry from the day after Labor Day to the day before Memorial Day weekend (no summer).

Used book stores. Before the internet and Amazon, we had a lot more of them. But there are still some left, like Bookman in Orange, where I’ve been shopping for 35 years.

Viticulture. The most famous are those in Napa and Sonoma. But in Southern California, Temecula and Paso Robles are more affordable and delicious.

Cafes. Except for Starbucks and similar chains, of course. In Orange County, my favorites are Brot in Orange and Kean in Costa Mesa.

Hollywood star spotting. Movies are so PC these days that I don’t watch them much, although the recent “Top Gun: Maverick” was fun. But if you live here, you’ll see one of the stars every now and then. I saw Donna Douglas (Elly May in “The Beverly Hillbillies”) around 1995. And I interviewed Charlton Heston once.

Hollywood locations. So many movies have been shot here that it feels like you’re stepping into a movie set. One of them is the Orange Plaza circle, where That Thing You Do and other movies take place. Many websites are dedicated to listing movie locations.

Museums. The two Getty museums, the LA County Museum of Art and many others are world class.

Theme parks. They’ve become overpriced and sometimes PC, but Disneyland, Knotts Berry Farm, and Universal Studios are still fun and great places to take relatives to visit from the steppes. Knott’s serves great Thanksgiving takeout dinners. Sorry, they are sold out this year. Plan for 2023.

The views expressed in this article are those of the author and do not necessarily reflect those of The Epoch Times.

John Seiler is a veteran California opinion writer. He wrote editorials for The Orange County Register for nearly 30 years. He is a US Army veteran and former press secretary to California State Senator John Moorlach. He blogs at JohnSeiler.Substack.com