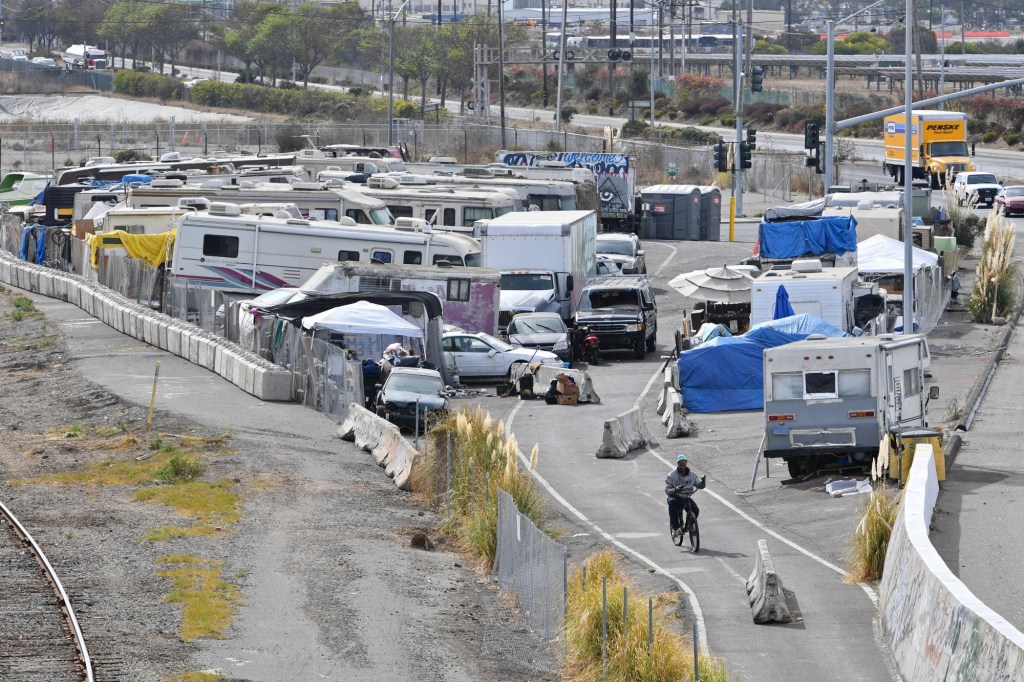 As Gov. Gavin Newsom’s administration hands out nearly $50 million more as part of his major effort to clean up the state’s homeless encampments, the Bay Area is still awaiting the results of the first round of funding awarded earlier this year.

Newsom last week announced $48 million in so-called “camp resolution grants,” including $10.85 million for San Francisco and $3.6 million to protect residents from the West Oakland encampment. That’s in addition to the $50 million announced in February and paid out over the summer.

Back in May, Newsom announced that Vallejo would receive a $12.1 million grant after a very successful application process for the Homekey project.

The Homekey grant will fund a 48-unit new construction, permanent supportive housing project in the city. The 48-unit condo project will include a community room, courtyard and indoor-outdoor access to a 1,600-square-foot rooftop terrace. Onsite support services will be client-centered, strengths-based, and trauma-informed to assist participants with goal setting, life skills, financial literacy, budgeting, needs assessment, and connections to benefits and community resources.

“We are pleased to be awarded this funding from Governor Newsom’s office,” Deputy City Manager Gillian Hayes said in a May news release. “We work tirelessly to find longer-term solutions to house and support our vulnerable residents and this award is just the start of great things to come.”

The program has surpassed 10,000 funded units since its launch less than two years ago. Governor Newsom also introduced his proposal to add $150 million in Homekey funding, bringing Homekey’s total funding to $3.75 billion.

In the Bay Area, the money is earmarked for a wide range of ambitious projects — from building tiny houses in Oakland and leasing a hotel in Berkeley to hiring social workers in San Rafael and financing advance rent and housing for people in Santa Cruz. So far there is little and some projects have been delayed due to staff shortages and city council planning. But local officials say the money is helping them set up solutions — some of which are brand new and experimental — that wouldn’t be possible otherwise.

Newsom poured unprecedented resources into solving California’s homelessness crisis, funding programs that converted hotels and other buildings into housing for the homeless and increasing spending on housing for people with mental illness and addiction. He also turned his attention to the single most visible manifestation of the crisis – massive encampments of tents, shacks and caravans, where residents with few other options live in squalid conditions on city streets, in parks and along riverbeds.

The latest state budget allocates $300 million this year and another $400 million next year for grants to help cities and counties clear encampments and move residents into shelters or housing. The results could also impact the political future of the governor, who is rumored to be targeting the White House.

“Californians deserve clean and safe communities,” Newsom said in a news release Wednesday. “I am proud of my administration for quickly clearing more than 1,000 encampments and putting individuals on a path to safe and stable housing with compassion and care.”

While activists applauded Newsom’s efforts, a look at nearly every city in the Bay Area makes it clear that much more needs to be done. And experts complain that Newsom’s funding has all been in the form of one-time grants instead of ongoing resources that cities, counties and nonprofits can rely on to create programs that span years.

As for the camp grants, the Bay Area is just starting to issue approvals, award contracts and hire the staff needed to put that money into action.

“At this point, we’ve only scratched the surface of the actual use of these funds,” said Robert Ratner, director of Housing for Health in Santa Cruz County.

The county received $2.3 million, most of which will go toward an experimental program that will create housing “scholarships” of up to $16,000 for 65 people. That money can be spent — through a caseworker — on anything from rent payments to job training to moving costs for someone moving out of the area. None of that has been distributed yet, and while the county had hoped things would move more quickly, the region’s housing shortage makes it difficult to hire social workers to run the program, Ratner said.

In Oakland, $3.6 million from a recent award, plus $4.7 million awarded earlier this year, will allow the city to build 100 tiny houses on Wood Street in West Oakland to house people from nearby encampments over the next three years. The city hopes to have the site up and running by the end of this year or early next year. Caltrans recently cleared a massive encampment there and relocated many residents to a nearby encampment next to Raimondi Park.

Jaz Colibri, who lives in the camp, says she and some of her neighbors refuse to move. The tiny houses Oakland has built in other parts of the city aren’t humane, she says — they lack flush toilets and regular access to showers and often require residents to sleep with a roommate. An investigation by this news organization found that people in these programs do not find permanent housing nearly 75% of the time.

“We are ready to stand,” Colibri said. “We’ve created a community and a safe space for ourselves and other homeless people across the city to have a place where it’s okay to be, and we’re not going to give up on that unless real, long-term solutions are provided. “

Berkeley is one of the few cities in the Bay Area that has already used its camping allowance. The $4.7 million went to operate the 42-room Rodeway Inn as transitional housing for people who lived in the encampment at People’s Park — which was recently vacated to make way for UC Berkeley to build student housing.