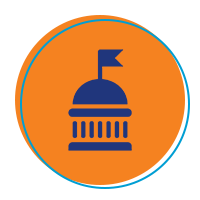 Todd Sax, 51, of Sacramento, has been named deputy director of site mitigation and restoration for the California Department of Toxic Substances Control. Sax has been Chief of the Division of Enforcement at the California Air Resources Board since 2015 and a lecturer in the Department of Environmental Studies at California State University, Sacramento since 2018. He was assistant chief of the Mobile Source Control Division in California. Air Resources Board from 2013 to 2015. From 2000 to 2013, he held various positions in the Planning and Technical Support Division of the California Air Resources Board, including Chief of the Mobile Source Analysis Branch, Manager of the Regulatory Support Section for the Mobile Source Analysis Branch, and Air Pollution Specialist . He was a senior air quality scientist for SECOR International from 2004 to 2005 and an environmental engineer at TRW Space and Electronics Group from 1995 to 2000. A member of the Air and Waste Management Association, he served as President of the Mother Lode Chapter from 2008 to 2018. Sax earned a Doctor of Environmental Science and Engineering and a Master of Science in Environmental Health Science from the University of California, Los Angeles School of Public Health. The position does not require Senate confirmation and the compensation is $189,636. Sax is a Democrat.

Tyrone Roderick Williams, 60, of Fresno, has been appointed to the board of the California Housing Finance Agency. Williams has been CEO at the Fresno Housing Authority since 2021. He held several positions at the Sacramento Housing and Redevelopment Agency from 2014 to 2021, including deputy executive director and director of development. Williams was director of the Sacramento Promise Zone from 2015 to 2021, director of development for Sustainable Neighborhood Strategies Inc. from 2009 to 2013. and from 2006 to 2009, Senior Program Manager at the Atlanta Development Authority. From 2004 to 2006, Vice President of Development at Market Developers from 2001 to 2004 and President of Eagles Wings Inc. from 1998 to 2001. Williams was President of Community Builders Texas from 1998 to 2001 and Senior Development Manager of Turner Adrac from 1996 to 1998. Williams is a board member of the California Court Appointed Special Advocates Association, the Affordable Housing Advisory Council – Federal Home Loan Bank of San Francisco, the Fresno County Economic Development Corporation and the Fresno County Office of Education Foundation. He is a member of the Council of Development Financing Agencies, California State University, Chico’s Cybersecurity for Executives Board of Advisors, the National Association of Housing and Redevelopment Officials, and the African American Board Leadership Institute. Williams earned a Master of City Planning from the Massachusetts Institute of Technology. This position requires Senate confirmation and compensation is $100 per diem. Williams is a Democrat.

Kelly Gordon, 49, of Santa Barbara, was reappointed to the Peace Officer Training and Standards Commission, serving in 2021. Gordon is the City of Santa Barbara Police Chief in 2022. She was the City of Monterey Park Police Chief in 2020 to 2022, where she served as captain from 2017 to 2020. From 2000 to 2017, she served in several positions for the Montebello Police Department, including lieutenant, detective, and training and personnel sergeant. Gordon was a police officer with the Los Angeles Police Department from 1996 to 2000. She earned a Master of Arts in Leadership from Saint Mary’s College. This position requires Senate confirmation and there is no replacement. Gordon is a Democrat.

Geoffrey Long, 67, of Sacramento, was reappointed to the Commission on Peace Officer Standards and Training, a position he has served in since 2016. Long was policy director in the Office of the Senate President Pro Tempore from 2014 to 2016. Consultant on the Appropriations Committee of the California State Assembly from 1996 to 2014. From 1984 to 1995, he held several positions on the Ways and Means and Appropriations Committees of the California Assembly, including Chief Consultant, Staff Director, and Chief Consultant. He earned a Master of Theology degree at St. John’s University. This position requires Senate confirmation and there is no replacement. Long is a Democrat.

Tina Nieto, 59, of Monterey, was reappointed to the Peace Officer Standards and Training Commission, serving through 2021. Nieto has been the police chief of the Marina City Police Department since 2017. Nieto served in several roles for the Los Angeles Police Department from 1989 to 2017, including commanding officer, lieutenant in the consent decree unit, and district lieutenant. She earned a Master of Science in Leadership and Management from the University of La Verne. This position requires Senate confirmation and there is no replacement. Nieto is a Democrat.

Daniel E. Robbins, 56, of Calabasas, was reappointed to the Uniform State Rights Commission, where he has served since 2007. Robbins has been senior vice president and deputy general counsel at the Motion Picture Association since 2008, where he has held several positions. roles from 1996 to 2008, including General Counsel, Vice President and Chief Technology Counsel. Robbins was an attorney at Graham & James from 1992 to 1996. He received his Juris Doctor from the University of California, Los Angeles School of Law. This position does not require Senate confirmation and compensation is $100 per diem. Robbins is a Democrat.

José Cisneros, 66, of San Francisco, was reappointed to the State Bar of California Board of Trustees, serving since 2019. Cisneros has been treasurer of the City and County of San Francisco since 2004. He was deputy general manager of the San Francisco Municipal Transportation Agency from 2002 to 2004, international product manager for Lotus development at IBM Corporation from 1988 to 2001, and assistant vice president of the Bank of Boston from 1982 to 1988. This position requires Senate confirmation and compensation is 50 USD for per diems. Cisneros is a Democrat.