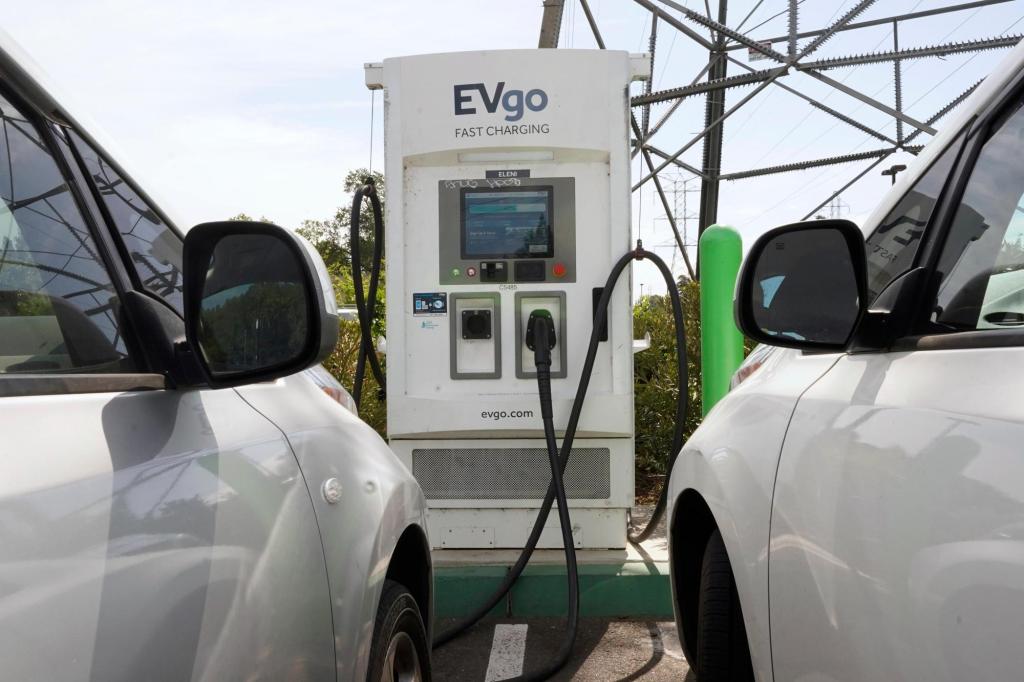 For California to achieve a clean energy future, we must rethink our transportation solutions. Stand-alone electric vehicles are not the answer.

On August 25, the Golden State proposed a ban on the sale of new gasoline-powered cars and light trucks to take action by 2035. California’s transportation sector accounts for about half of the state’s greenhouse gas emissions, so in that regard, such an ambitious policy makes sense. But with few car-free alternatives available, such a ban would pose significant problems for Californians.

As a recent migrant to Orange County, I spent my first year car-free here. This involved walking or biking through freeway entrances without crosswalk lights, waiting 15 minutes for Ubers, and taking Amtrak to Los Angeles that was sometimes 20 minutes late without warning. This year on the Fourth of July fireworks caused a fire on the tracks and my train was stuck for an hour. That’s when I caved and bought my first car. I couldn’t afford an EV or a hybrid, so I opted for a petrol Honda CR-V.

I’m a climate activist who hates driving. If I couldn’t make it to California without a car, our clean transportation goals are in trouble.

Of the five most populous cities in the United States, Los Angeles ranks fourth in walkability, bikeability, and public transportation—not great. While some cities like San Francisco do well in these categories, many score low overall, making driving the only viable option.

It’s worse in the suburbs. In September, Amtrak and MetroLink had to suspend service along a portion of the Orange County train line for emergency repairs. That was two months ago and it is still unknown when the train will reopen. That’s a bad look for a state that aims to lead the country in clean transportation.

But let’s say everyone switches to EVs – our problems won’t go away. In fact, they multiply.

Electric cars can reduce greenhouse gas emissions, but they require the mining of cobalt and lithium, which is linked to environmental and human rights concerns. Not to mention they are expensive and will do nothing to deal with California’s ridiculous traffic. In 2021, INRIX ranked I-5 South as the nation’s most congested road, costing the average driver 89 hours a year. The drive to LA takes 35 minutes without traffic and almost two hours in rush hours. Whenever I call my family now, they ask, “Are you going to or from LA? — knowing I’m probably bored, stuck in traffic.

Midterm election results suggested California voters aren’t all-in on electric vehicles either. 59% of voters repealed Prop. 30, a ballot measure to tax wealthy Californians to raise funds for EVs. The initiative was fraught with problems — even Gov. Gavin Newsom opposed it — but even so, this rebuke of Prop. 30 indicates voter reservations about putting all our eggs in the EV basket.

A switch to EVs would also put a significant strain on California’s grid, which is already facing supply problems. In 2019, California was by far the largest importer of electricity of any US state. In addition, the state is limiting natural gas and almost completely eliminating coal. That’s fantastic news for the climate, but with nearly 30 million vehicles in California right now, today’s grid wouldn’t be able to handle the extra load everyone would have going electric.

Heat waves make the problem worse. Days after the ban was announced, the American Southwest was plunged into one of the longest and hottest heat waves on record. During these extreme conditions, people used significantly more electricity for air conditioning, almost forcing blackouts. That’s with just 563,070 EVs on the road – imagine if every California driver went electric?

Climate scientists predict that California will experience more frequent, more intense and longer-lasting heat waves in the coming years. If the electricity grid cannot keep up with the resulting surges in demand, outages will occur and drivers will be left with dead batteries and no alternatives.

To California’s credit, the state is investing heavily in the grid. We currently have 150 times more battery capacity than we had two years ago, the largest geothermal complex in the world, an $80.8 billion investment in solar panels, a new 399-square-mile offshore wind development envelope, and a plan to expansion of operations. Diablo Canyon Nuclear Power Plant. This exciting development could help the climate and boost our electricity supply.

But putting all that electricity and more into tens of millions of EVs and not at least trying to lighten the load by becoming more walkable, bikeable, and transit-friendly would be ridiculously inefficient.

The transition to clean transportation isn’t just a climate initiative—it’s an opportunity to improve transportation for Californians. EVs alone will not solve all our problems. If the Golden State is going to follow through on this gas-powered car ban, we need major improvements to our car-free alternatives. Otherwise, we’re headed for one expensive, darkened traffic jam.

Ethan Brown is a Young Voices contributor with a BA in Environmental Analysis and Policy from Boston University. He is the creator and host of The Sweaty Penguin, a comedy climate podcast presented by PBS/WNET’s national climate initiative “Peril and Promise.” Follow him on Twitter @ethanbrown5151.