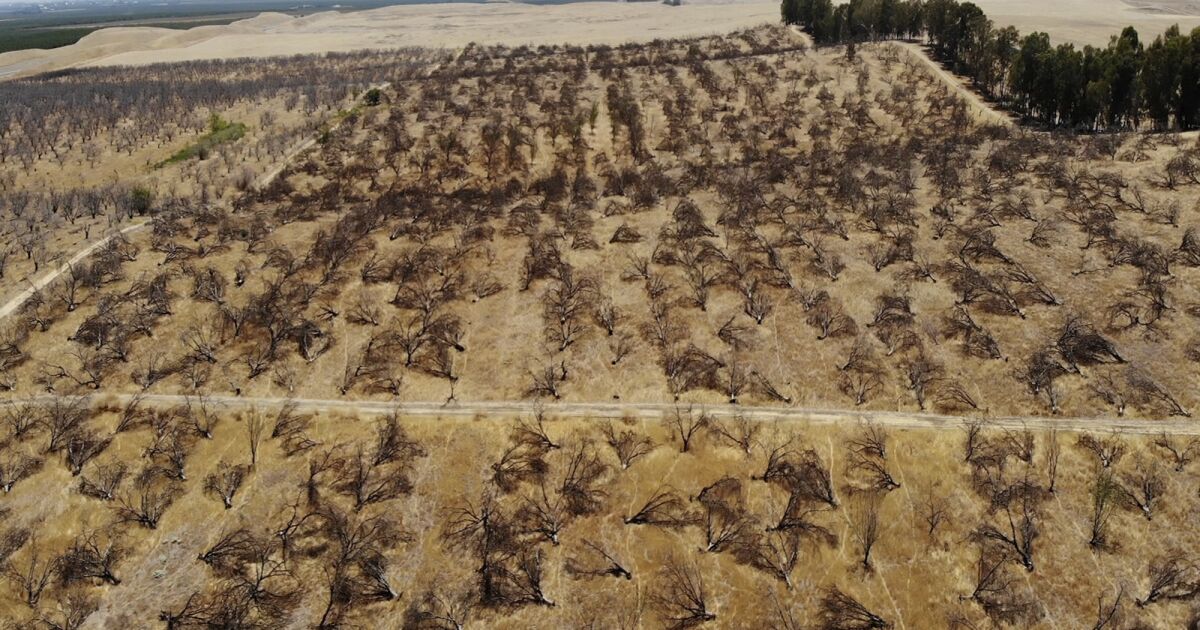 Invasive species and decades of disruption from massive land and water development are partly responsible for the steady decline of California’s native species, California Water Commission experts said Nov. 16. Rural communities, many of which have lower incomes and rely on privately owned wells, are also disproportionately affected by water contamination and shortages amid recurring drought cycles, experts said.

Although droughts in California date back to prehistoric times, the state’s current water problems are the result of decades of decisions, said Jay Lund, a professor of civil and environmental engineering at UC Davis.

“A lot of our environmental problems today are really legacies,” he said. We are witnessing “the dynamics of past impacts and past changes playing out and our inability – both in terms of regulatory policy and economics and practically in some cases with some invasive species – to manage this unfolding of older impacts”.

Groundwater and the Sacramento-San Joaquin River Delta are also among the sectors most at risk from droughts, according to Lund, who emphasized that while cities and agriculture are relatively prepared and well insulated from the effects of drought, irrigated agriculture must be halved to 2 million acres to be sustainable.

About 5.5 million of California’s nearly 40 million residents live in rural counties, which make up more than half of the state’s land area. While urban areas like Los Angeles are under mandatory drought restrictions to reduce the strain on state reservoirs, many rural residents dependent on groundwater wells are without water. Water availability and lack of safe drinking water is a problem, especially in the Central Valley and Central Coast.

“We know these challenges disproportionately affect low-income and Latino communities,” said Justine Massey, policy manager and attorney for the Community Water Center. “In particular, people who rely on private wells are greatly affected because they often don’t know if their water is safe to drink because no other entity is testing the water, and they’re also not aware until they start having problems pumping that they may be approaching a water level that will render their well inoperable.”

While state legislation like the Sustainable Groundwater Management Act is supposed to regulate water availability and help alleviate water shortages in increasingly arid California, thousands of people and fragile ecosystems fall through the cracks.

A 2020 study commissioned by the Water Foundation found that between 4,000 and 12,000 wells in the San Joaquin Valley alone would partially or completely dry up by 2040 under SGMA’s minimum water threshold plans — affecting roughly 46,000 to 127,000 Californians who may lose access to to its current. water source.

Climate change is increasingly recognized as a “threat multiplier” that will accelerate and deepen instability and insecurity around the world. In drought-stricken California, as groundwater levels drop due to less rain and over-pumping, the concentration of contaminants in the water increases, Massey said.

The current and future health of California’s ecosystems is also at risk.

“If groundwater demand is high, groundwater can quickly become out of reach of plant roots and rivers because these ecosystems depend on shallow groundwater,” she said.

Rhode referenced the Nature Conservancy’s Shallow Groundwater Estimation Tool, which found that 44% of ecosystems statewide were affected by significant long-term groundwater declines between 1985 and 2019. two decades,” she said.

According to SGMA, 87% of ecosystems and 40% of groundwater-dependent wells exist outside the legislation, Rhode said, and “one of the biggest concerns is that … these ecosystems are often the last refuge for federal and state threatened and endangered species. They are very important biological hotspots and if we are not doing what we can to protect them under the SGMA, we are not protecting our most vulnerable species.”

The fish — which once swam upstream to spawn in its chilly waters before Shasta Dam was completed in 1945 — has struggled to survive despite government intervention. Last year, the water flowing from Shasta Dam was so warm that most of the eggs and young salmon died.

Forests are also destroyed by forest fires, drought and bark beetle infestation southern Sierra Nevadawhich could have dire consequences for protected species such as spotted owls and Pacific kingfishers, which depend on the canopy of mature trees for their habitat.

But refusing to embrace those changes is pointless, Lund said. “Resistance is futile. We’re going to have a future that’s going to be different,” and learning to reconcile our ecosystems with human activity will be an ongoing challenge. , who are trying to,” he said.

So what can we do about it? For ecosystems, integrating them into water policy, identifying ecological oases and managing groundwater to ensure species can access it during droughts, Rhode said.

When it comes to rural communities, Lund suggested we look at how and why urban and agricultural spaces have responded more effectively to drought: their missions are focused; they have reliable sources of funding; they have organized authority and expertise; and they have accountability through voters, regulators and ratepayers.

“The state has a responsibility to ensure that drinking water needs are protected and not waved off as a cost of doing business or pushed aside as something too difficult or inconvenient to address,” Massey said.

“Climate change is testing and pushing our limits and our normal flexibility,” she added. “The margin of error is getting tighter. This margin of error is already extremely small, and Californians’ access to a life-giving resource is at risk.”