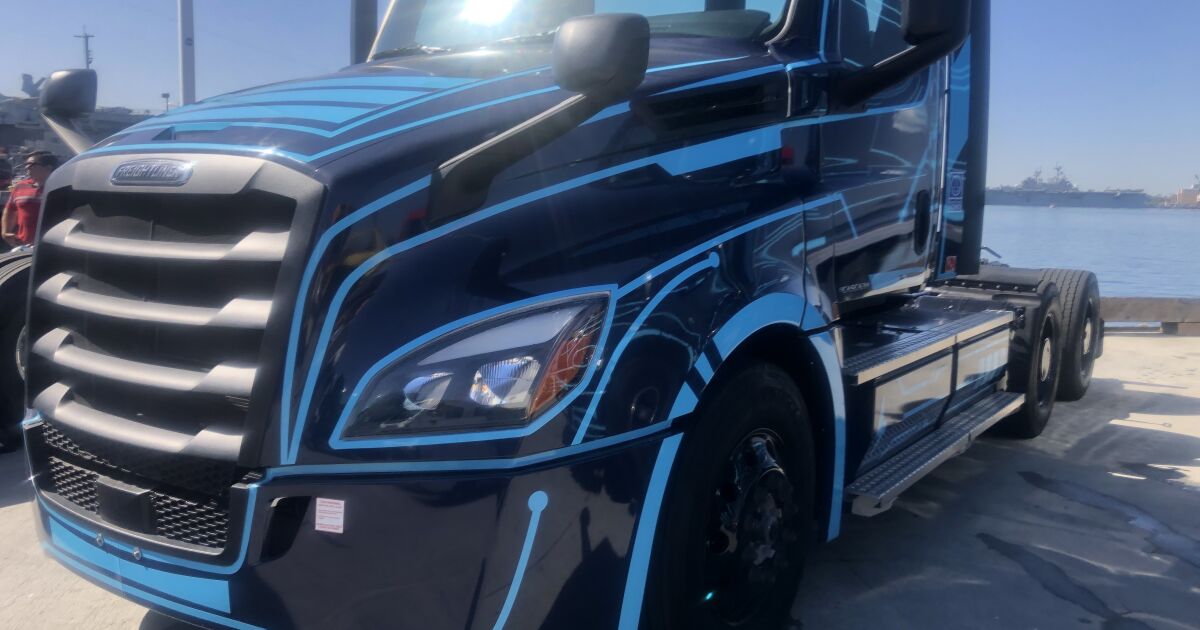 The California Public Utilities Commission has approved a $1 billion vehicle electrification charging project, with most of the money earmarked to accelerate the number of medium- and heavy-duty trucks on the state’s roads.

The rebate program will run for five years and the cost will be split among utility ratepayers across California, with a commission official estimating the cost to San Diego Gas & Electric customers at “less than a dollar a month, sure.”

Around 70 percent of the funds will go towards charging medium- and heavy-duty vehicles, which together account for a disproportionate amount of the transport sector’s greenhouse gas emissions.

“It’s a top priority,” said CPUC Commissioner Clifford Rechtschaffen. “We have very strict state goals set by the Air Resources Board to electrify medium-duty and heavy-duty trucks, and they need charging infrastructure to electrify their fleets.”

The remaining 30 percent will go toward charging light electric vehicles in or near multi-unit residential buildings.

The program prioritizes low-income and tribal areas, with 65 percent of funds going to underserved communities. No money is earmarked for building electric car charging infrastructure in individual houses.

The details of how the rebate program will work are still to be determined. A study will be conducted to determine the size of the rebate, and customers who want to install the equipment will apply to the third-party administrator to receive the rebate.

“We don’t know exactly what the amounts will be and how much the budget will cover,” Rechtschaffen said, “but the idea is to cover all or most of the equipment costs.”

The program will begin in 2025 and run through 2029, with $200 million allocated each year through state utilities, with the money returned to customers in the form of rebates.

Truck charging infrastructure will be installed at various locations, including truck stops, ports and at facilities owned by fleet management companies. Transport agency depots are also potential locations for buses.

While the cost to SDG&E ratepayers is estimated to be less than $1 a month, the rebate program comes as many customers complain that their monthly bills are getting higher.

“I think electrification — including the electrification of transportation — will lead to lower rates over time,” Rechtschaffen said. “And also switching from gasoline cars to electric cars saves people money. If you charge off-peak, you can charge your car for half to a third of what it costs to fill up at a gas station.”

The rebate program, approved 4-0 on Nov. 17, includes a provision that calls for an evaluation of the program and its funding amounts after three years.

“If at that point we find it’s too much for the taxpayers, we can reconsider,” Rechtschaffen said.

The transportation sector is estimated to be responsible for more than half of all carbon pollution in California, 80 percent of smog-forming pollution and 95 percent of toxic diesel emissions.

While many Californians are familiar with Governor Gavin Newsom’s executive order banning the sale of new gasoline-powered passenger cars by 2035, the mandate also ordered the California Air Resources Board to develop regulations requiring all medium- and heavy-duty truck operations. zero emissions by 2045.

The rule will go into effect by 2035 for dewatering trucks — vehicles commonly used to transport cargo from an ocean port a short distance, or what transportation analysts call the “first mile.”

The state budget includes $10 billion over the next six years to put more electric cars and trucks on the roads and in ports. The federal government’s Infrastructure Investment and Jobs Act will bring several hundred million additional dollars to California for similar efforts.

“We need all that and more, and we also need a lot of private investment,” Rechtschaffen said. “Public investment is really essential in the next 3, 5, 10 years as the market transforms itself.”