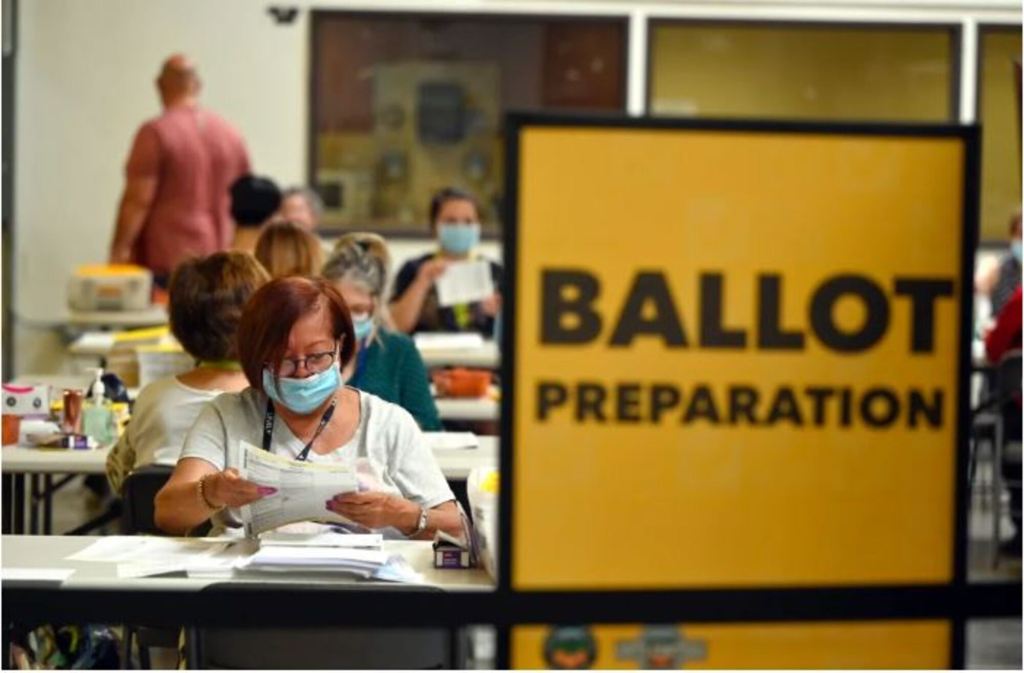 This is the third in a series of columns looking at deceptive election tactics being used against California taxpayers. The first column discussed how candidates deceive voters by hiding their own history of raising taxes or lying about their intentions to raise taxes in the future. The second column involved campaigns by local and state initiatives that tried to masquerade as pro-taxpayer when the substance of the measure is against the interests of taxpayers.

The worst example of the latter is when these interests use the word “taxpayer” in the name of a committee, or worse, when campaigns hijack the names or likenesses of actual taxpayer organizations or taxpayer heroes. This exact scenario played out in San Bernardino County when proponents of Measure D — the “protect the authorities” scheme — distributed mailers with a photo of Howard Jarvis.

The third method of election manipulation does not refer specifically to campaigns, but to government behavior. Both voters and the media have complained that the “official” language in voting materials is often one-sided. These are not arguments in an election leaflet that naturally argue for one side or the other. Rather, it is the ballot itself and the “title and summary” that accompany the ballot measure.

This has been a problem for many years and has gotten so bad that transparency advocates introduced a constitutional amendment (ACA 7) in 2019 that would have removed the legislature and attorney general from the process of providing ballot content. Instead, the nonpartisan Legislative Analyst Office (LAO) would take responsibility for writing the mailer and flyer, title and summary of all measures brought before voters. (In California, the LAO has a reputation as a fair arbiter of public policy matters).

ACA 7 was designed to respond to what multiple media sources reported about the politicization of the ballot process by the Office of the Attorney General, who was Xavier Becerra at the time.

As expected, ACA 7 failed to make it out of the legislature, where it was seen as a threat to entrenched political interests.

As bad as the situation is at the state level, it is often worse at the local level. An Alameda grand jury recently issued a scathing report on how government entities are preparing glowing descriptions of measures that the agencies themselves propose in official election brochures.

The Grand Jury report stated that such ballot questions generally suffer from “proponent bias” as a result of the typical selection and drafting process of the proposal. “In general,” the report concluded, “we found that ballot questions too often fall short of what voters have a right to expect in terms of transparency and impartiality, even when they meet minimum legal standards.” (emphasis added).

It should come as no surprise that most of the local measures analyzed by the Grand Jury that had a distorted vote description were tax increases or bond measures.

To protect voters (and taxpayers), the Grand Jury made several recommendations, including the creation of an advisory panel to review the truthfulness and impartiality of election questions. As with the state-level reform recommendations, the Alameda Board of Supervisors rejected the proposal.

This is not a party issue. In Alameda County, the Taxpayers Organization and the League of Women Voters supported the reforms, as did the East Bay Times. At the state level, media outlets as diverse as the San Francisco Chronicle, the Orange County Register and the Sacramento Bee have all denounced the politicization of the voting process. Here is a sample:

LA Times (2020): “In theory, California’s attorney general does this and writes a neutral, nonpartisan summary of election measures. In practice? The attorney general’s office often abandons impartiality in favor of loaded and misleading language designed to sway voters. The [then] Attorney General Xavier Becerra is no different.”

OC Register (2015): “That’s why it’s again scary that Attorney General Kamala Harris has placed a biased ‘title and summary’ over a needed pension reform initiative when it comes to gathering signatures to qualify for the November 2016 ballot.”

To conclude this series of columns on “Electoral Fraud”, it is important that all voters go to the polls well informed about the extent to which powerful political forces are trying to persuade with false information.

But also remember that false information can be defeated by the truth. “Veritas Vos Liberabit.” (The truth will set you free.)

Jon Coupal is president of the Howard Jarvis Taxpayers Association.