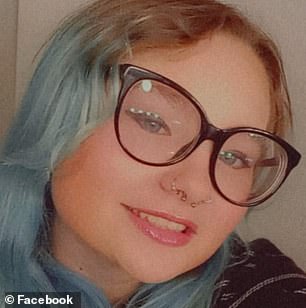 A 16-year-old girl from California, whose middle name is ‘Evil’, claimed she and her boyfriend killed her mother in self-defence – after she suffered physical abuse after her father died from a scorpion bite.

Emily ‘Evil’ Reznick claims her mother, Michelle Louise Taylor, 54, would beat her, drug her and emotionally manipulate her by ‘filling her head with lies,’ according to letters the teen sent from Juvenile Hall to 17 News.

On July 7, Reznick said her mother tried to kill her and she and her boyfriend, Nikolai Thorn Roach, allegedly fought back — authorities found Taylor dead with a stab wound to the neck.

The pair were immediately arrested on suspicion of murder and conspiracy, and although Reznick was abused, she said the incident left her with mixed feelings.

‘My own (sic) mum tried to kill me (sic) and I did everything I could to get her away and my BF (sic) was there and saved my life that morning,’ she wrote.

At the time of Taylor’s killing, Reznick said both were only 15 years old, meaning they could only serve up to 25 years in prison if convicted. 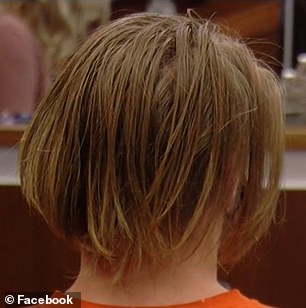 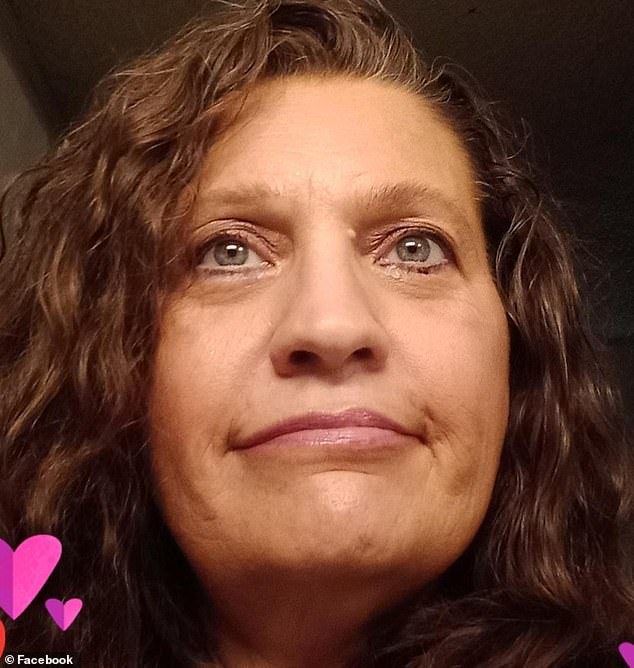 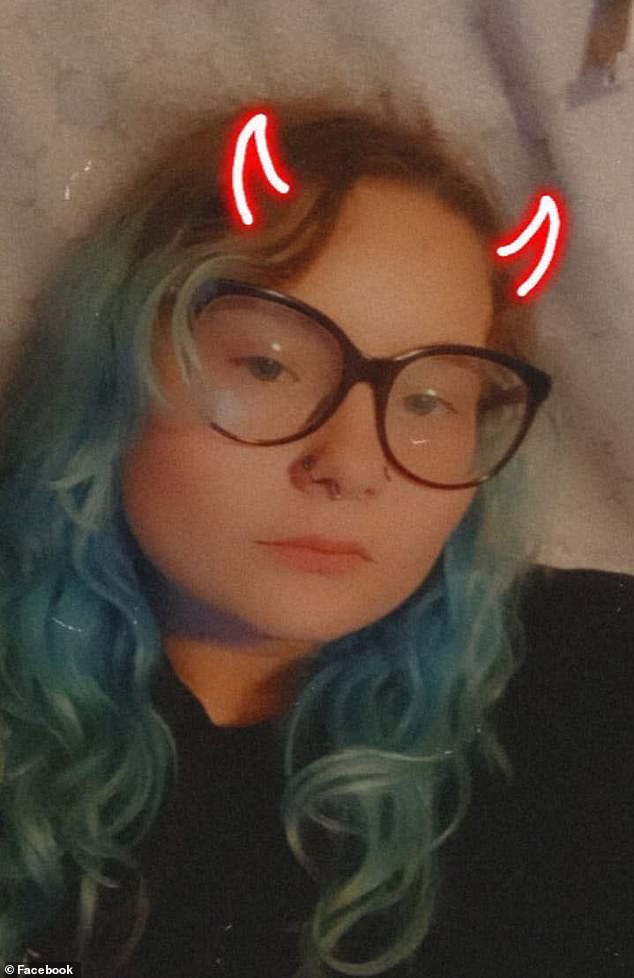 Reznick, who reportedly goes by the middle name ‘Evil’, claims Taylor would beat her, drug her and emotionally manipulate her by ‘filling her head with lies’

Assistant District Attorney Joseph Kinzel told KGET he could not comment on Reznick’s case or the abuse allegations.

According to Reznick’s close friend, Kenneth Eagles, 70, who also received correspondence from the accused teen, she was desperate to be released so she could be with Roach.

“I want to be gone as soon as possible,” she wrote to the 70-year-old man, who says he believes Reznick suffered years of abuse, both physical and verbal.

“I want to be free and with Nike. I need him the most tbh (sic) I need to know how he is – he makes me feel safe, he is everything to me.

“I’m not going to lie to you Ken, I really hate myself for what I’ve done, I’ve cried for being here and I feel alone. I didn’t want to kill her (with the curse), that was like the last thing I wanted to happen.”

Eagles told 17 News he met Reznick when she was 12 years old, and he took on a ‘grandpa-type’ role in the neighborhood where he knew most of the kids.

He said he remembers seeing Reznick sitting alone outside around midnight as he pulled into the apartment complex where he lived.

When he asked her what she was doing there, Reznick allegedly told him she couldn’t go home because of her mother.

Reznick began stopping by regularly after the first incident, and Eagles explained that these meetings allowed their friendship to grow. 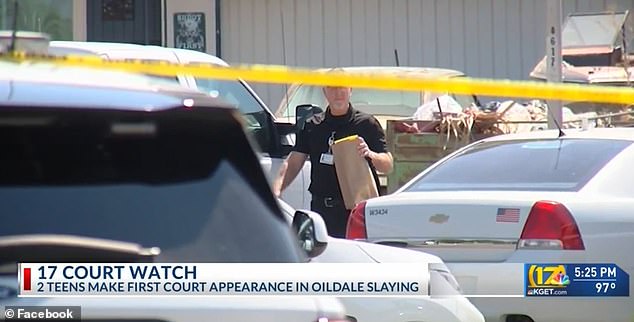 The teenage couple were arrested on suspicion of murder and conspiracy. Reznick said both were only 15 years old, meaning they could only be held in custody for up to 25 years if convicted. 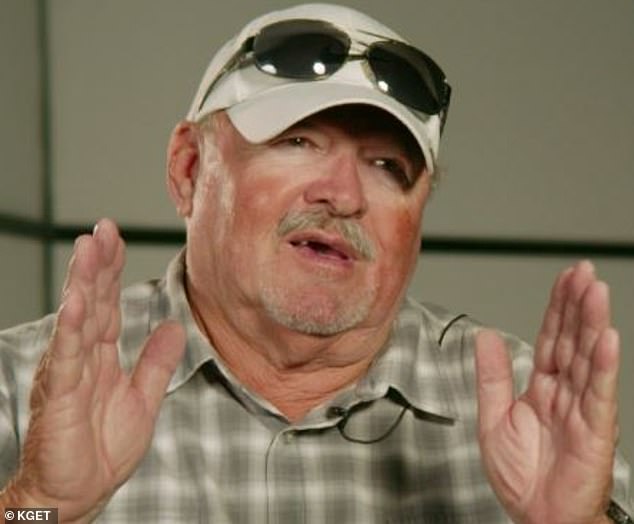 According to Reznick’s close friend Kenneth Eagles (pictured), 70, the teenager has been sending letters regretting what happened – although he believes she did it in self-defence. 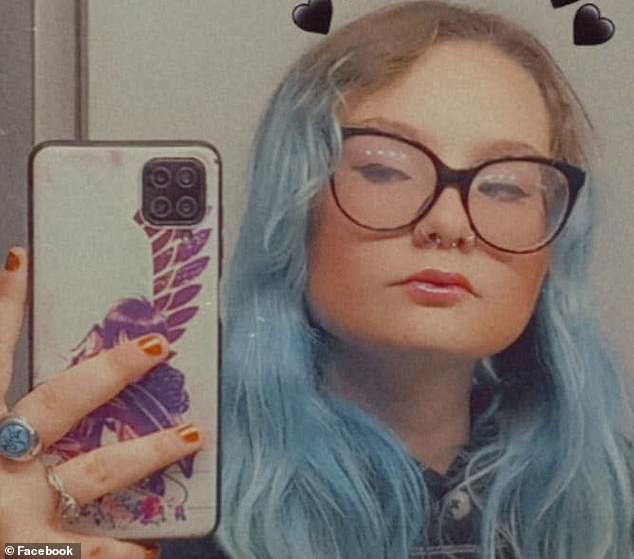 “She just felt very comfortable and safe there, and that was important to me,” he said.

The 70-year-old said he saw bruises and cuts on Reznick, including marks on her neck.

He found out that Reznick’s father had died from a scorpion bite, which was when he first noticed the bruises.

Reznick allegedly confided in him that her mother beat her because she reminded Taylor of her teenage father.

“She reminded him of his father, and his mother hated his father,” Eagles said.

The abuse is said to have gotten worse as she got older, with Reznick apparently fighting back once when she was 14.

“She was so proud of herself when she said, ‘My mom tried to hurt me and I pushed her away this time,'” Eagles said. 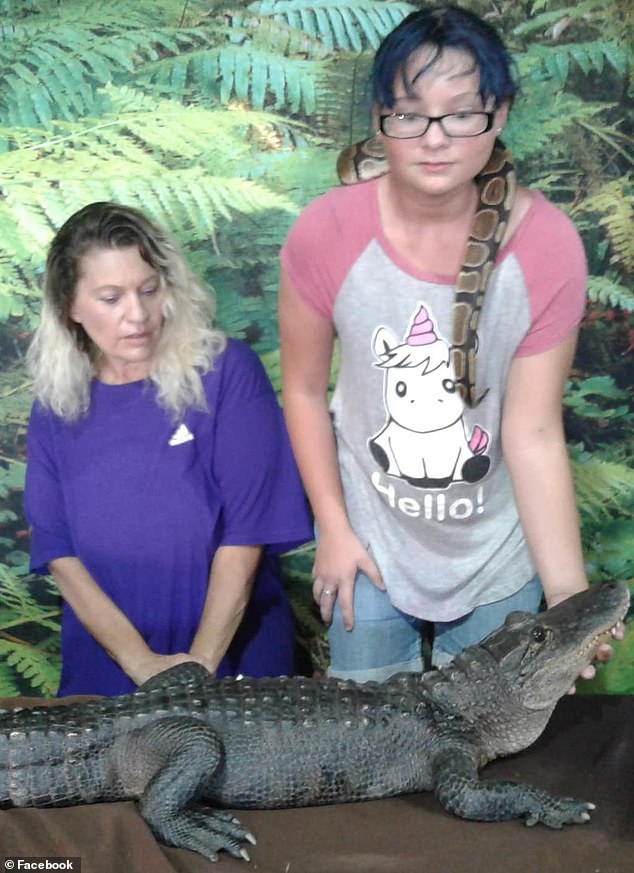 The abuse by Taylor (left) reportedly worsened as she got older, with Reznick (right) apparently fighting back once when she was 14 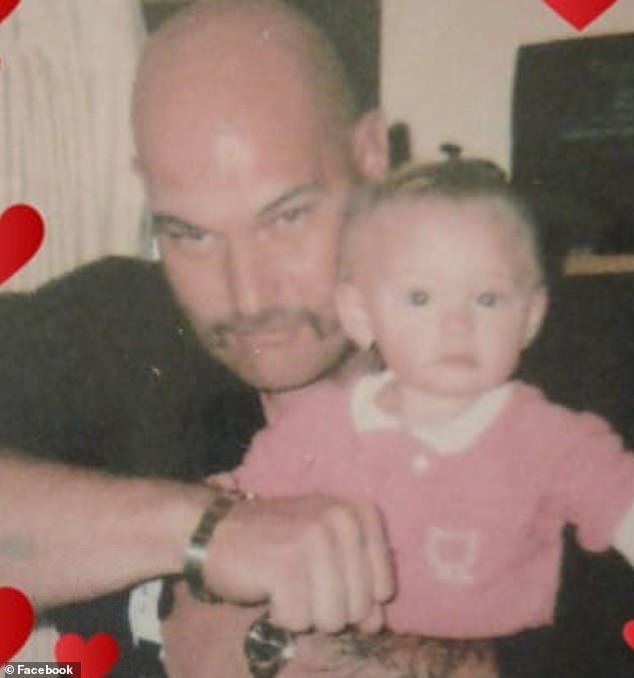 Eagles said he saw bruises and cuts on the abuse of Reznick (right), which began after Reznick’s father (left) died from a scorpion bite. 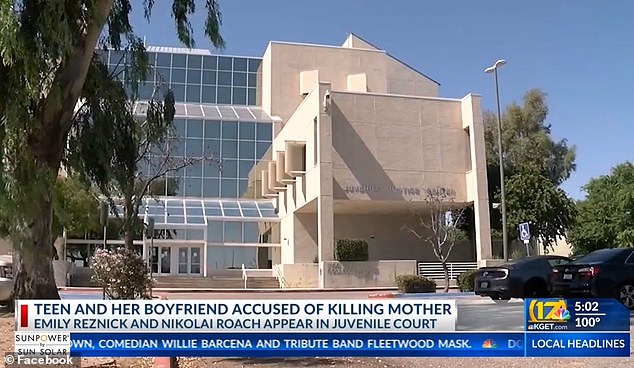 Defense attorneys said they are waiting for unanswered reports from the coroner, which are expected to be ready in November or December at the earliest.

Reznick told him that she knocked Taylor over, but Taylor just laughed and threatened to call the police and report her for elder abuse.

Taylor and Reznick moved to Oildale, where the abuse allegedly continued and escalated to the point where Taylor ‘boxed’ Reznick ‘like a man.’

When Eagles read the news about the woman killed in Oildale and learned of the arrest the next day, it caused him to “break down.”

“But I knew it was self-defense,” he said.

Letters to Eagles is filled with self-loathing from Reznick, who said she “hated herself” for what happened despite her claims of abuse.

She also said she was hated by the other teenagers in Juvenile Hall, who referred to her as “mother’s” killer.

On Thursday, prepared hearings scheduled for that day for Reznick and Roach were postponed until late November.

Defense attorneys said they are waiting for outstanding reports from the coroner’s office, which are expected to be ready in November or December at the earliest.

Thursday was the third time the hearings were adjourned.