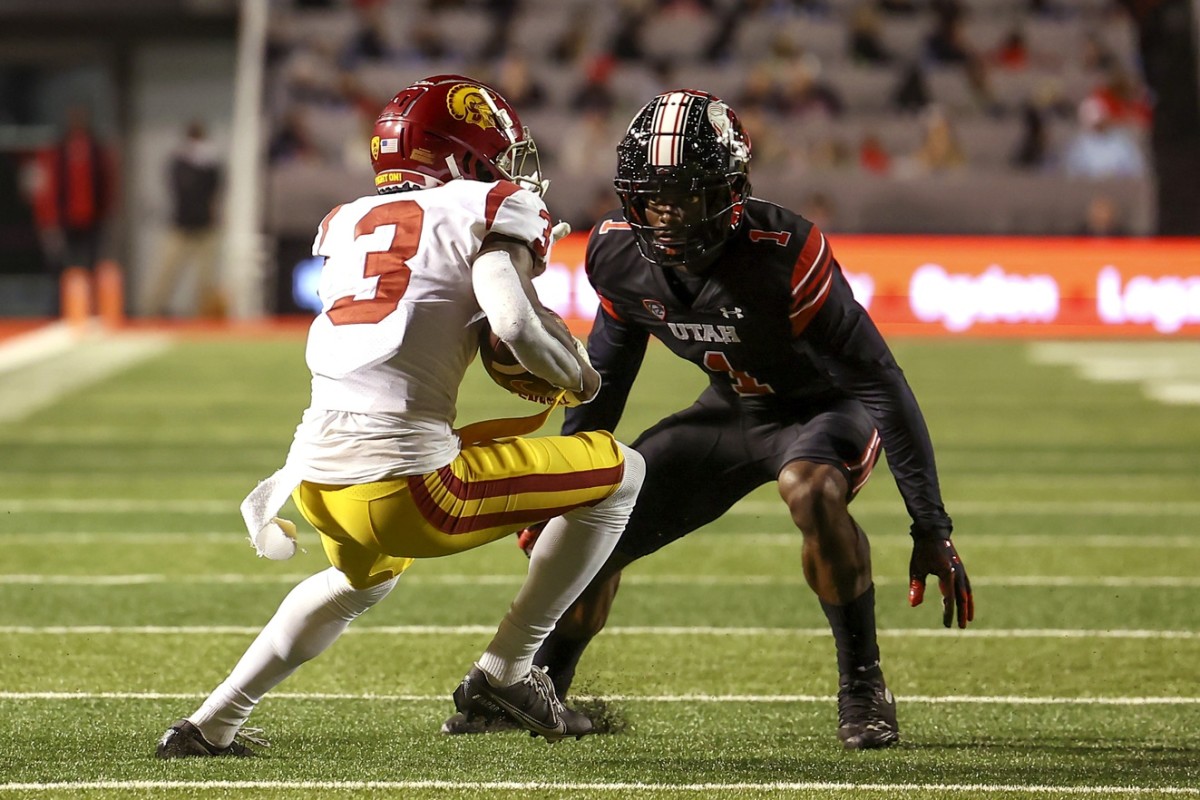 It’s November (basically). The first College Football Playoff rankings are revealed Tuesday night, and history tells us that 13 teams are still in the hunt for four bids: 13 undefeated or 1-loss Power 5 teams. History also tells us that those 13 teams are divided into two tiers — theoretically involved ( TCU, Oregon, USC, UCLA, Illinois, North Carolina, Ole Miss) and actually involved (Alabama, Clemson, Georgia, Michigan, Ohio State and Tennessee). . Deal with the two groups as you like, we’ll see how everyone stacks up once the committee weighs in on Tuesday night.

As much as we’re all rooting for Alabama, Georgia or Ohio State to win the national title, that’s not why we’re here.

Only a handful of teams begin each FBS season with a realistic goal of winning a national title, but all 131 are trying to win their conference. As the season approaches its final month, I’m counting more than 50 teams that have a realistic or semi-realistic chance of doing it.

Tulane is alone in first place, but the Green Wave still have UCF, SMU and Cincinnati ahead of them. SMU still has Houston in front of Tulane, while East Carolina owns a win over UCF and has future opportunities to leapfrog Cincinnati and Houston.

Clemson is one win or one loss away at Syracuse from its seventh ACC championship in the last eight years and ninth in the Dabo Swinney era.

Mack Brown’s team needs two wins or one win and one loss from Duke, Miami and Georgia Tech to clinch its second Coastal Championship.

Oklahoma State owns head-to-head wins over both teams, but Baylor and Texas control their destinies while the Cowboys do not. That’s because they both still have games against TCU and K-State, while OSU is 0-2 against them. Assuming TCU finishes 8-1, BU/UT would win the tiebreaker at 7-2 over the Wildcats and Cowboys.

Maryland and Penn State are technically still alive, but come on. The split will be decided on November 26 in Columbus. Expect to hear more about this game in the coming days and weeks.

Purdue’s trip to Champaign on Nov. 12 will likely decide the West, which the two schools have never won. Minnesota, Iowa, Wisconsin and Nebraska are all nominally alive at 2-3, but Illinois owns head-to-head wins over all four. Purdue lost to Wisconsin and still has to play Iowa. One thing to keep in mind: Illinois has a Nov. 19 trip to Ann Arbor, while Purdue closes with Iowa, Indiana and Northwestern outside of Illinois play.

Florida Atlantic and Western Kentucky are also in the mix at 3-2, but UNT holds onto both straight wins, while FIU and Rice still have games against the Mean Green coming up.

The first #MACtion game of the year is a big one. Buffalo, Ohio will put the winner in the driver’s seat on Tuesday night (7:30 p.m. ET, ESPN2). Bowling Green needs a win in Ohio as the Falcons have an upcoming game with the Bobcats and a loss at Buffalo elsewhere. Kent State already beat Ohio and has upcoming games with Buffalo and BG.

The tournament between Toledo, Western Michigan and Ball State will take place in November. Stay tuned.

Boise State’s Nov. 19 trip to Laramie will decide the division, with some absolutely insane hijinks set to unfold.

Fresno State is in an incredibly strong position thanks to back-to-back wins over SJSU and SDSU and its non-division loss. UNLV can jump in with a Nov. 11 win over the Bulldogs, but the Rebels need San Jose State to lose two more.

November 19th brings us Utah at Oregon and USC at UCLA. For the sake of interest, let’s say that those four teams are undefeated elsewhere before or since. If Oregon wins, the situation is simple and clear – the Ducks play the winner of the Battle for the Victory Bell. If Utah wins, things get messy. Best I can say, a 3-game tie between Utah, Oregon and USC/UCLA at 8-1 would come down to each team’s strength of schedule within the conference. As the standings stand today, USC and Oregon are at the biggest disadvantage due to playing the Pac-12’s “softest” schedules. Again, stay tuned.

You may know that there is a match in Athens this weekend.

LSU is technically in first place in the East today, thanks to its sweep of Ole Miss on Oct. 22, while Alabama can clinch its best 15th SEC conference title with wins in its next two games. Ole Miss will spend an idle Saturday cheering on the Crimson Tide’s victory in Baton Rouge.

In the event that Alabama beats LSU, Ole Miss beats Alabama, but the Rebels stumble (don’t act like it can’t happen, Ole Miss fans), Alabama would win the West. The Tide and Tigers would go 5-1 vs. West, while Ole Miss (who only has one game left in the West, having already beaten Vandy and Kentucky out of the East) would be 4-2.

In the 7-team division, six are within one game of the lead. Coastal owns a loss to ODU and wins over Georgia schools, with App coming Thursday (7:30 p.m. ET, ESPN) and JMU to close out the season. Does it get more #FunBelt than that?