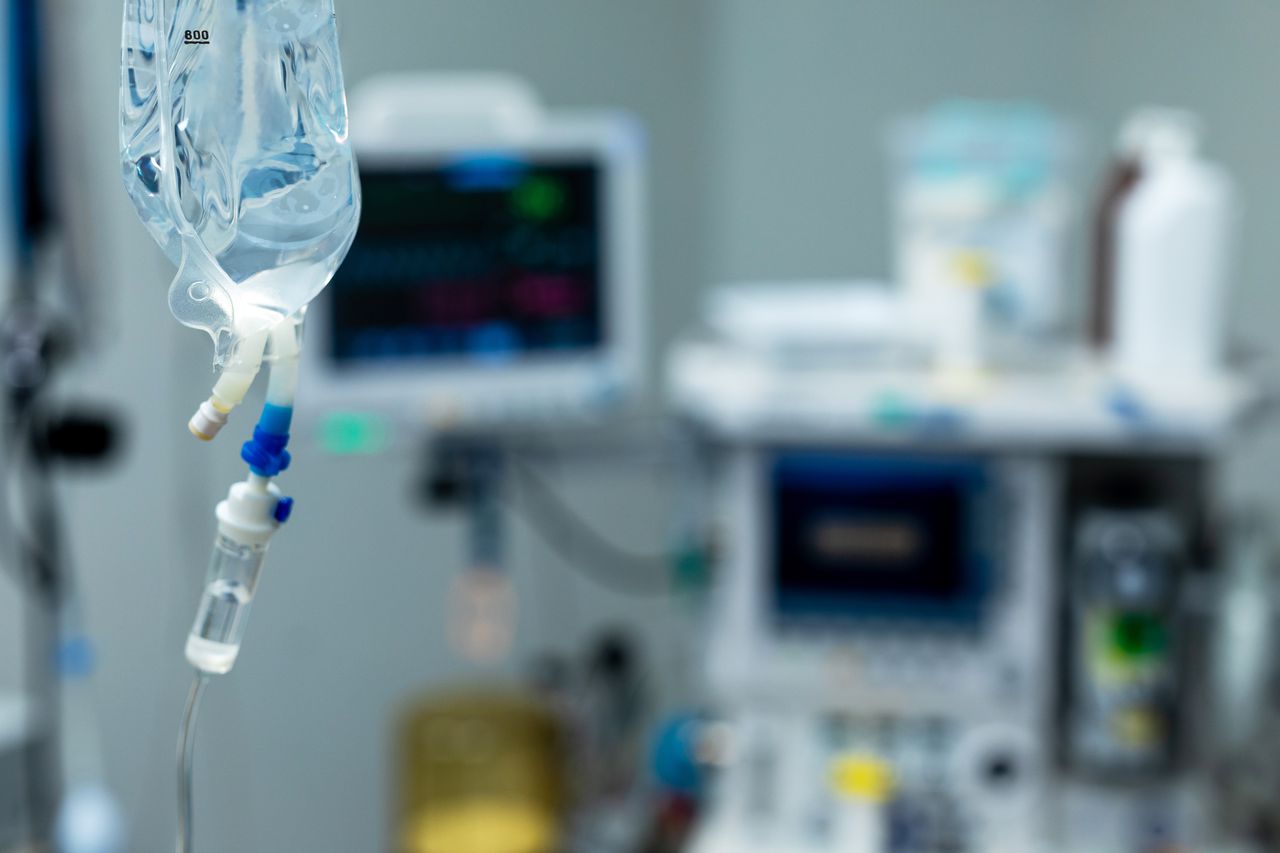 Dr. Boris Datnow stood in a room in north Birmingham, ready to find out what happened to the man recently executed by the state of Alabama. Everyone knew how it ended, but Datnow was prepared to perform a second and private autopsy to clarify what had happened to the man just before death, what his body looked like immediately afterward, and whether there were any physical signs of contributing causes to death.

The doctor who did the autopsy has something to say. The problem is that it is different than what another doctor concluded.

The second doctor, Dr. Joel Zivot, an Atlanta physician and associate professor at Emory University, attended the private autopsy of Joe Nathan James, Jr. He just watched the procedure — he didn’t perform it — but said he believes Alabama will cut James’ arm open in the last hours, trying to find a vein through which the fatal cocktail of three drugs could flow. The invasive procedure is known as a cutdown and is sometimes used when traditional methods to find the vein don’t work.

But Datnow, the autopsy pathologist who performed the examination and created the report, said that didn’t happen, that there was no doubt that the two parallel marks on James’ forearm were not the result of a cut.

Alabama’s prison system has been in the national spotlight as hundreds of inmates die each year in overcrowded facilities meant to contain them, drawing criticism from the federal government. But the system has recently drawn national headlines for how it handles executions. Experts and groups across the country have called many state executions botched, for reasons ranging from the time it took to set up an intravenous line for lethal injection, to a lack of transparency, to two men not being killed after attempts to prepare them for their execution failed.

Now, news of what happened to James is emerging in court filings in many other death penalty cases. Attorneys for other Alabama death row inmates are appealing the second autopsy, saying they don’t want their clients to go through similar struggles or suffer when it’s their client’s time to die.

In the case of Kenneth Eugene Smith, who is scheduled to die on November 17, his lawyers argued in a federal lawsuit that “impermissible means such as mutilation procedures and intramuscular sedation” were used during James’ execution.

Zivot, an Atlanta doctor, worked with the English group Reprieve to arrange a second private autopsy on James after his July 28 execution. They contacted Datnow, a private autopsy pathologist in Birmingham, to perform an autopsy. Reprieve describes itself as “defending (defending) marginalized people who face human rights abuses, often by powerful governments.

A state autopsy was conducted before an independent one, but those results have not been released. Datnow said he has not spoken to anyone involved in the case other than Zivot and Reprieve and has not seen the state’s autopsy report.

During the private exam, Zivot stood as an observer and noticed several marks on James’ arms in addition to the punctures and bruises. He has since been quoted in the national press as saying that Alabama “tortured” the man in his final hours. But Datnow, the doctor conducting the examination, said there was no evidence of felling or “torture.” Datnow wrote a final report on the results of the trial, and the report is clear on Datnow’s findings.

“If there’s a cut, it’s pretty damn obvious,” Datnow said. “Of course we would see that. Any first-year resident would see it.”

Datnow contacted AL.com to dispute Zivot’s claims in the national press. “If it had been there, I would have reported it,” Datnow said. “There were no signs of a struggle.

Life, contacted for this article, stands by its assessment. He added that there was no way to know if the felling of James was successful — meaning he wasn’t sure if the state had found a vein.

“Bad felling or good felling, that’s really beside the point, isn’t it?” said Life. He said the Alabama Department of Corrections and the Alabama Attorney General’s Office could release the autopsy to compare notes.

“If it was a bad beat or a failed felling, someone took a knife to his forearm. And that was not part of the protocol,” said Život. “And why it happened, we don’t know why.

“What we do know is that it’s not part of the protocol… There would be no reason to cut his arm.

Datnow said he was disappointed that claims of the felling had become part of the narrative of this execution. Lawyers citing the restrictions in unrelated federal lawsuits never called him to confirm the claims. No one from ADOC or the Alabama attorney general’s office called him either, Datnow said. He has not been subpoenaed in any litigation related to this exam.

ADOC has never disclosed the qualifications of the people tasked with setting up IV lines for executions.

James was 50 years old at the time of his execution, which took place on July 28 at Alabama’s William C. Holman Correctional Facility in Atmore. He was executed for killing his ex-girlfriend in 1994.

The statement about James’ felling comes after the state undoubtedly spent hours searching for a vein to start an IV for his lethal injection. Cutting would allow someone to surgically expose the vein and insert an IV directly, though Datnow says that hasn’t happened.

Datnow said his final report showed no excessive bruising, injuries or signs of struggle or abuse. He added that there was no abnormal number of needle sticks or attempts to start an IV line. The bruising that was present, shown in the photographs, would be typical of a person who underwent an IV insertion attempt, he said. There were only two injection sites on James’ body, Datnow said.

“We have a detailed description of our findings,” he said. “As far as we could see in terms of the autopsy, (there were) absolutely no signs of abuse.”

These two pins are not surprising, given that the redacted version of the ADOC execution protocol states that a backup line must be set for each execution. In another case, an Oct. 21 filing by the Alabama Attorney General’s Office said, “To minimize the risk of unnecessary pain in the event an IV line infiltrates or becomes inoperable, ADOC protocol provides for intravenous access at two different sites prior to administration of the lethal injection.”

Datnow, who is originally from South Africa but has lived in Birmingham for more than four decades, reiterated that his job is to conduct examinations and report findings – nothing more. “You’re providing facts … not impressions,” he said.

James’ execution began around 9:00 PM that night, several hours after it was due to begin. James had his eyes closed throughout the procedure and had no last words when asked by the caretaker.

ADOC Commissioner John Hamm did not give a reason for the long delay. When asked which process or part of the process was taking the extra time, he did not elaborate. He said James was not sedated, but the department later said it could not confirm James was fully conscious at the time of the execution.

The following day, a prison spokesperson released the following statement: “The ADOC corrections team strictly followed established protocol. The protocol states that if the veins are such that intravenous access cannot be provided, the team will perform a central line procedure. Fortunately, this was not necessary and with sufficient time intravenous access was established.’

Hamm said at the time: “We do the maximum punishment … and we have protocols and we’re very deliberate in our process and we make sure everything goes according to plan. So if it takes a few minutes or a few hours, we’ll do it. So it was nothing out of the ordinary, but we were just making sure we complied with the court order.”

A second autopsy was performed at the request of Life and the James family. James’ brother signed the paper allowing the procedure to be carried out and Reprieve paid for the exam. Datnow said the only person who received a copy of the report was Zivot; the family never requested a copy, nor did any attorneys for the James family or the state.

Datnow’s final report was completed on August 15. The report lists lethal injection as the cause of death, cited with pulmonary edema and multiple needle puncture sites. Both of those factors were expected, Datnow said.

Reprieve, which paid for the trial, released a statement for this story. U.S. Reprieve Director Maya Foa said: “There is no dispute that the autopsy report found Joe James’ body covered in bruises, lacerations and puncture wounds consistent with repeated attempts to administer an IV — none of which should be the norm for an execution or for routine administration IV. Alabama can no longer pretend that jabbing inmates with needles for hours on end is humane.”

But Datnow’s report does not include excessive bruising and lacerations, according to a portion of the report reviewed by AL.com.

IV initiation problems have been documented in at least three recent executions in Alabama: the failed 2018 execution of Doyle Lee Hamm, the controversial execution of Joe Nathan James Jr. July 28 and the failed attempt to execute Alan Eugene Miller. on September 22.

Hamm has since died of cancer, and a judge ordered state officials to preserve evidence from Miller’s failed execution attempt.

Smith is scheduled to die next month, also by lethal injection. While the Alabama Attorney General’s office denies that either the incision procedure or intramuscular sedation took place during James’ execution, they agreed in Smith’s federal lawsuit to “stipulate that such procedures shall not be used in Smith’s execution.” The Alabama AG’s office also said in the same lawsuit that all of Smith’s allegations come “from a third party, based on a press release about a second autopsy performed days after James’ execution.”