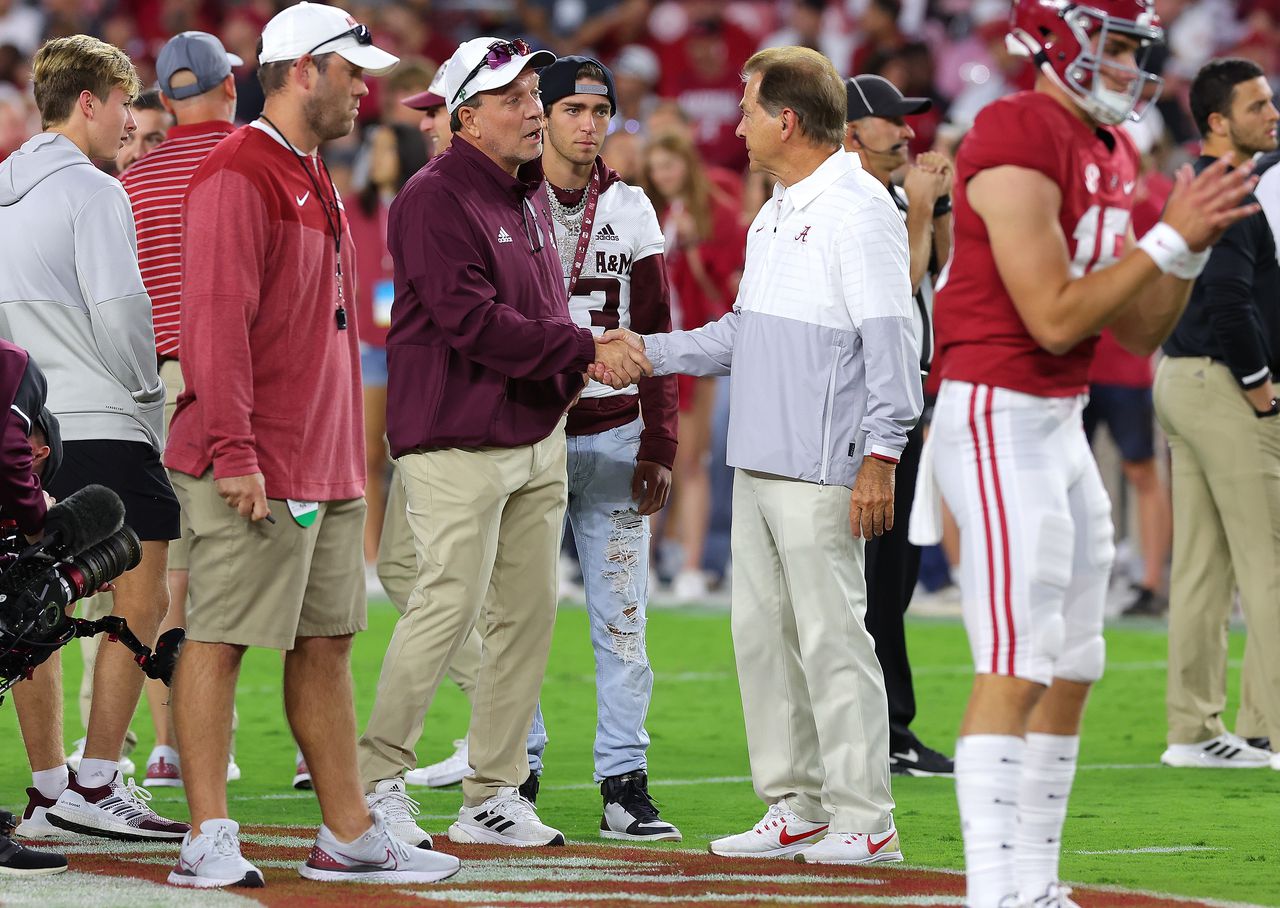 Two months into the SEC college football season, they’re practically standing on their heads and wearing their jerseys inside out in what was a September and October trip to crazy town. The balance of power has swung back to the East Division for the first time in years, as 11 of the league’s 14 teams have been ranked at some point in the season.

Teams with preseason hype fell completely off a cliff (Texas A&M), while five teams that went unranked in August found themselves in the top 25 at some point during the season. Of course, Tennessee headlines this group and virtually every other ranking, as the Vols have he finished No. 2 in preseason voting heading into Saturday’s trip to top-ranked Georgia.

The list of SEC anomalies goes on from there.

While Auburn (3-5, 1-4 SEC) became the first to fire its coach Monday, the Texas A&M tailspin was more of a story.

From a preseason No. 6 ranking to a Week 2 loss to Appalachian State, which briefly righted the ship with wins over then-No. 13 Miami and No. 10 Arkansas, the current four-game losing streak is league-wide. The wisdom of Jimbo Fisher’s $95 million fully guaranteed contract is being questioned just months after he signed the highest recruiting class in history.

The Aggies (3-5, 1-4 SEC) aren’t alone in the wild momentum swings during the season.

As the calendar turns to November, the SEC has five teams ranked in the AP poll, including three of the top six.

Alabama is in that group, but hasn’t always lived up to the No. 1 ranking, which it held twice. They received 54 of 63 first-place votes in the preseason, and finally, inconsistent play caught up with them on Oct. 15 at Tennessee. Still, it was a field goal away from a win that ended in a 52-49 loss. A week earlier, it lost its number 1 for the second time after winning.

In the East, Tennessee could essentially clinch the division title with a win at Georgia on Saturday. The Vols have Missouri, South Carolina and Vanderbilt to close the season, needing two losses if they beat the Bulldogs to punch their ticket to Atlanta.

But for all the chaos, it could be Alabama-Georgia again at Mercedes-Benz Stadium in early December if the Tide does its job and the Bulldogs beat Tennessee and either Mississippi State or Kentucky.

There’s still a lot to play for over the next four Saturdays, but despite all the carnage on the road, the two August front-runners are in position to end the drama early.