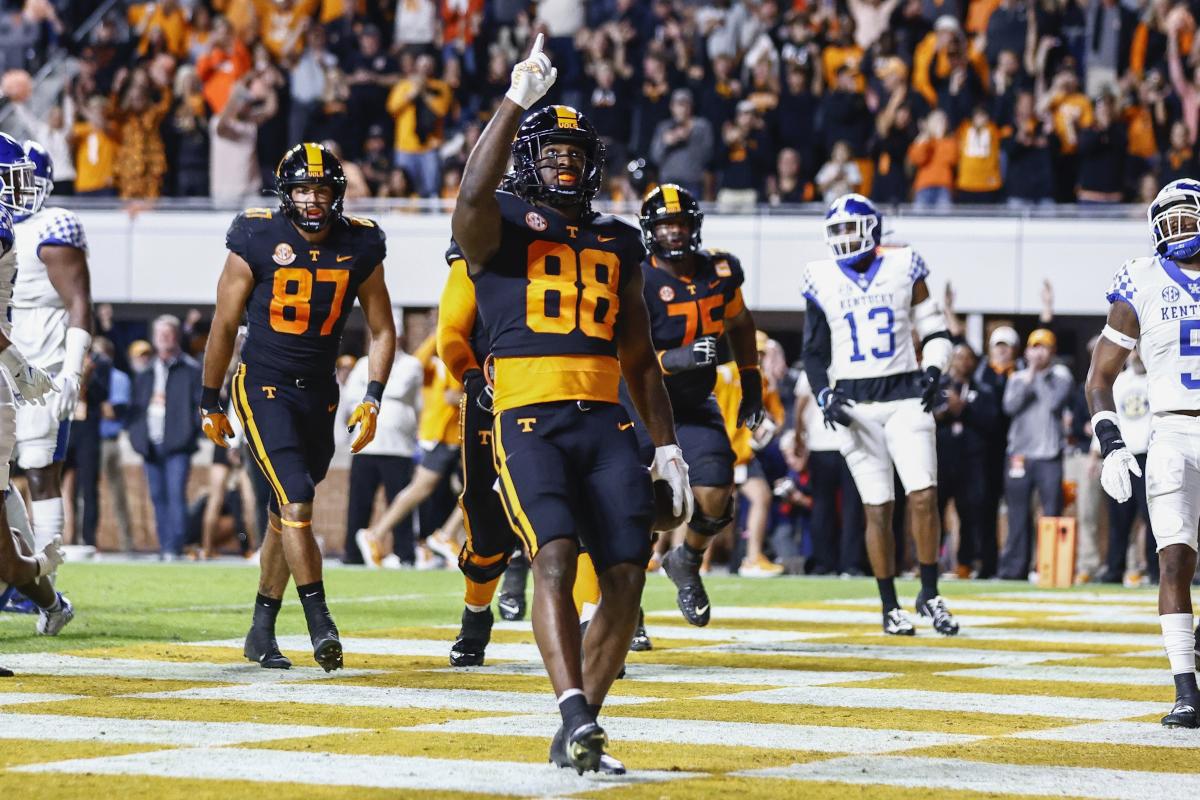 Tennessee moved into a tie with Ohio State for the No. 2 spot in The Associated Press college football poll on Sunday to set up next week’s 1 vs. 2 with top-ranked Georgia.

Georgia remained No. 1 for the fourth straight week, earning 30 first-place votes and 1,528 points in the AP Top 25 presented by Regions Bank.

The Volunteers moved up a spot with 18 first-place votes and 1,500 points to tie Ohio State. The Buckeyes received 15 first-place votes. The last time there was a tie for No. 2 in the AP poll was on Nov. 14, 2004, between Auburn and Oklahoma behind No. 1 Southern California.

The last time both Los Angeles schools were in the top 10 was in September 2015.

Three teams in the Top 25 make their debut there this week.

Follow Ralph D. Russo at https://twitter.com/ralphDrussoAP and listen at http://www.apppodcasts.com