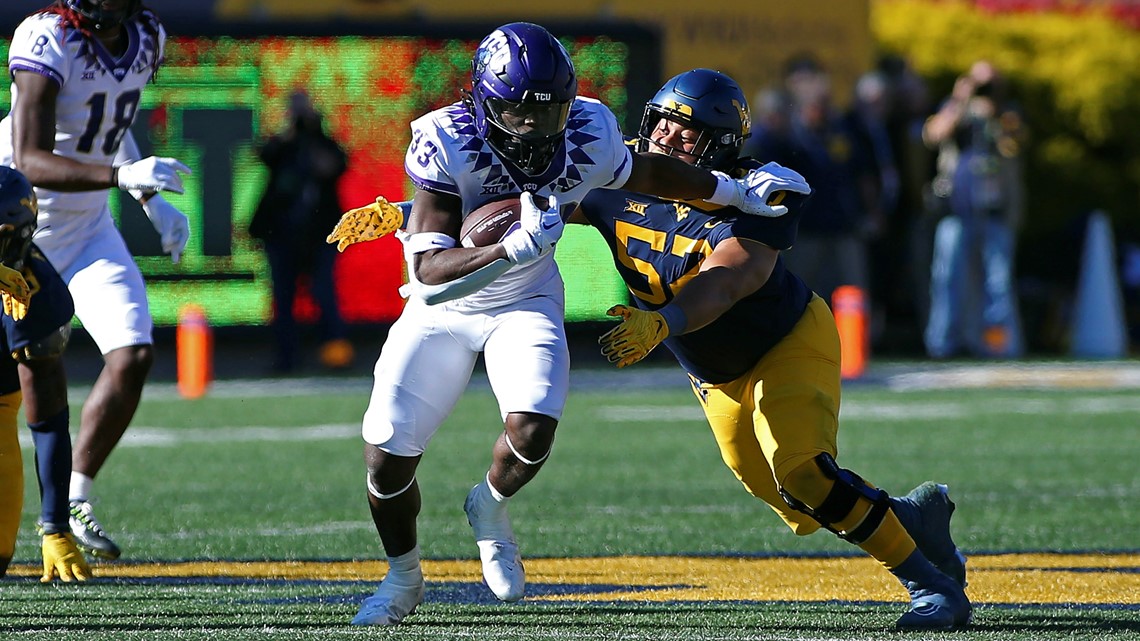 FORT WORTH, Texas – For the second straight week, the TCU Horned Frogs are ranked No. 7 in the AP Top 25 poll.

TCU is undefeated so far this season after a 41-31 win over West Virginia and also remains atop the Big 12 standings.

Tennessee moved into a tie with Ohio State at No. 2 in the college football poll on Sunday to create a 1 vs. 2 next week with top-ranked Georgia.

Georgia remained No. 1 for the fourth straight week, earning 30 first-place votes and 1,528 points.

The Volunteers moved up a spot with 18 first-place votes and 1,500 points to tie Ohio State. The Buckeyes received 15 first-place votes. The last time there was a tie for No. 2 in the AP poll was on Nov. 14, 2004, between Auburn and Oklahoma behind No. 1 Southern California.

Three teams in the Top 25 make their debut there this week.