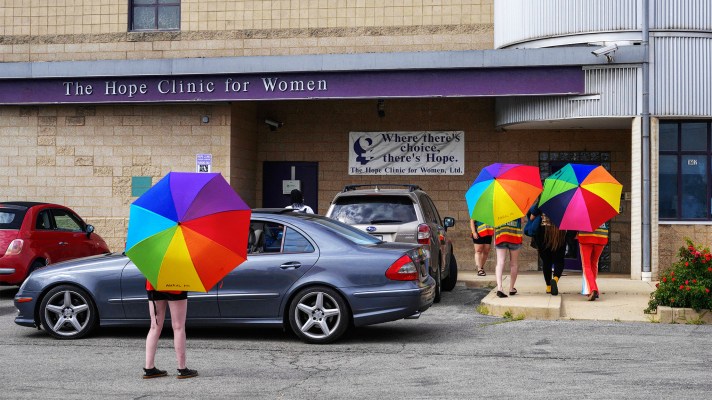 On the same day that the Supreme Court overturned Roe v. Wade in June, Alabama’s abortion law went into effect. The next morning the phones started ringing in Georgia.

“The day after the Dobbs decision, we received almost 100 calls from patients in Alabama,” said Kwajelyn Jackson, executive director of the Feminist Women’s Health Center in Atlanta. In states where abortion is at least partially legal, the phones have not stopped ringing.

Since June, thousands of Americans have crossed state lines seeking abortions, like a shock wave spreading from a blast zone. A dataset shared exclusively with FiveThirtyEight shows that in the two months following the Supreme Court’s decision, there were 10,570 fewer abortions compared to pre-Dobbs estimates. The figure is net, accounting for both declines in some states and increases in others, and shows how a few states are absorbing some — but not all — of the demand for abortion in states where it is now banned.

The results suggest there were more than 10,000 people in July and August who “felt they had no choice,” said Ushma Upadhyay, a professor and social scientist in public health at the University of California, San Francisco. Along with Dr. Alison Norris, professor of epidemiology at Ohio State University, she co-chairs #WeCount, a national research project led by the Society of Family Planning, a nonprofit organization that supports abortion and contraception research. “They couldn’t travel and had to figure out what else to do,” Upadhyay said.

The data collected by #WeCount is designed to capture state-level information on abortion access in the wake of the Dobbs decision. This first-ever data release compares the number of legal abortions — including surgical and medical — in each month from April to August 2022 and shows how the Supreme Court’s June decision in Dobbs v. Jackson Women’s Health Organization changed the face of abortion.

That top-line number hides a huge amount of fluctuation between states. In all states that saw a drop in abortions — including the 15 states that banned or greatly restricted abortions over the summer — abortions fell by about 22,000. Some of these women appear to have traveled out of state, as other states the number of abortions increased by a total of 12,000.

At the national level, however, the movement of abortion from states with bans and restrictions to states with less access restrictions has not been enough to offset this shortfall. Between April and August, the number of abortions fell by 6 percent, and it is likely that the drop in abortions is accounted for by thousands of women who sought abortions illegally or did not get one at all. If these trends continue, there could be at least 60,000 fewer abortions next year as a result of the Dobbs decision.

Even before the Dobbs ruling, obtaining an abortion was often an arduous, time-consuming and expensive process — especially in Southern and Midwestern states that have passed hundreds of abortion restrictions in the past decade. In 2018, UCSF researchers identified 27 “abortion deserts”—cities with more than 50,000 residents where the nearest abortion clinic was more than 100 miles away. These pre-existing access restrictions mean, Norris said, that their data shows “a decline from of a very reduced place”.

However, the Supreme Court decision turned entire regions of the country into abortion deserts. By the end of August, 11 states had banned abortion entirely, and four more had restricted it at the beginning of the first trimester. According to the Guttmacher Institute, at least 66 clinics closed between Dobbs’ decision and the end of October.

#WeCount data indicates thousands of Americans traveled long distances to obtain an abortion in July and August. In the 15 states alone where abortions were either banned or made illegal six weeks after Dobbs, there were about 21,000 fewer abortions than between April and May. In some states with full bans, such as Alabama and Mississippi, the number of abortions dropped to zero in July; in others, numbers were drastically reduced, but clinics were able to serve fewer patients because of court orders or slightly less severe restrictions. Clustered throughout the South and upper Midwest, these states formed blocs where obtaining an abortion required leaving the region rather than crossing a single border.

The trend began nearly a year earlier, after the Supreme Court in September 2021 allowed Texas to enforce a ban on abortions after about six weeks of pregnancy. Patients from Texas are now regularly seen at clinics as far away as Minnesota, and clinics in the lower Plains have begun to see a ripple effect in appointment scheduling. “Texas went to Oklahoma, and then Oklahoma started coming to us,” said Ashley Brink, director of the Trust Women’s Clinic in Wichita, Kansas. After Oklahoma banned abortions in May, a full month before Dobbs’ sentencing, Brink said her clinic ended up with more than 50 percent of its patients coming from out of state.

This type of pattern has drastically increased wait times nationwide, especially in states — such as Kansas — that have caught spillover from neighboring states that have banned abortions. Caitlin Myers, a professor of economics at Middlebury College who studies abortion, has been tracking wait times at clinics in states where abortion is legal since March. She found that in early August, only two of five abortion clinics in Kansas had scheduled appointments, and the earliest available times were eight and 13 business days away. That month, the median wait time in Colorado and New Mexico was over two weeks. Appointment waits at abortion clinics in southern Illinois were also higher than earlier in the summer. In August, 74 percent of patients at a Planned Parenthood clinic in Asheville, North Carolina, were from out of state, and the average wait time for a medical abortion was three weeks, according to a recent legal filing.

“Someone who lives three minutes, three miles from our clinic is trying to get an appointment and now they’re displaced to Colorado or Illinois,” Brink said. Travel comes with a different set of difficulties: A Texas study conducted after the state’s six-week ban found that some women who left the state delayed rent or bills to cover costs, or were even fired for being away for so long. from work. And some states, such as Kansas and Pennsylvania, still require prospective abortion patients to comply with waiting periods and other logistical hurdles.

A likely consequence of longer waiting times and travel distances is more abortions later in pregnancy. The Centers for Disease Control and Prevention estimates that only 7.7 percent of all abortions occur between 14 and 20 weeks of pregnancy. But 20 to 30 percent of current patients are in their second trimester at Whole Woman’s Health in Minnesota, a state where abortion is legal up to the point of fetal viability around 25 weeks, according to Sean Mehl, assistant director of Whole Woman. clinical services.

Despite traffic jams supporting clinic services, #WeCount data shows abortions nationwide spiked briefly in the weeks leading up to the Dobbs ruling as clinics across the country crammed patients into their schedules and accommodated as many as possible for abortions. remained legal nationwide. Although abortion rates usually drop slightly during the summer, the number of abortions rose 4 percent this year from May to June.

In Georgia, where there was no trigger law but where restrictions almost certainly loomed, post-Dobbs clinics kept up the pace as long as they could. According to #WeCount data, abortions in Georgia only dropped 6 percent from June to July, despite the fact that a federal court allowed the state’s six-week abortion ban to go into effect on July 20. Abortions fell by more than 50 percent from July to August.

Where abortions remain legal, some abortion providers have been able to increase capacity. For Whole Woman’s Health in Minnesota or Trust Women in Kansas, staffing wasn’t a problem—they flew in doctors from all over the country in the summer to fill their schedules, and more people reached out to see if they could volunteer. “Since Dobbs, our clinic in Minnesota has seen about a 50 percent increase in overall patient numbers,” Mehl said. Virtual abortion providers, who can prescribe abortion pills online in states where it’s legal, have also stepped up their abortion-related services. #WeCount researchers found that the number of abortions offered at online-only clinics — not counting remote abortions offered through brick-and-mortar facilities — increased by 33 percent between April and August.

Some women may also have abortions without any clinic or doctor being involved – although these numbers are hard to track. Only #WeCount dates count legal of abortions, meaning it almost certainly understates the total number. Even before Dobbs, activist groups and Internet pharmacies provided abortion pills directly to consumers through the mail. In July, Mexican activists reported being inundated with requests for abortion pills from women across the US.

But it is also likely that some people who could have had an abortion in the pre-Dobbs era are simply carrying their pregnancies to term. And while this is a victory for abortion advocates, #WeCount researchers noted that there is considerable evidence that being denied an abortion puts people at increased risk of poverty, physical abuse and certain health problems. They’re also looking at whether maternal and infant mortality rates increase in states with abortion bans — especially since those states tend to have higher-than-average rates of death from pregnancy complications.

And Norris said it’s possible that out-of-state travel could become more difficult over time. Abortion funds raised millions of dollars after Dobbs, perhaps allowing women to travel more than in the past. But over time, volunteer enthusiasm or financial support for organizations such as abortion funds may begin to wane. “We don’t know if it’s sustainable,” Norris said. And with more states poised to implement abortion bans in the next few months, the numbers from this report are just an early sign of a future where abortion could be even rarer.