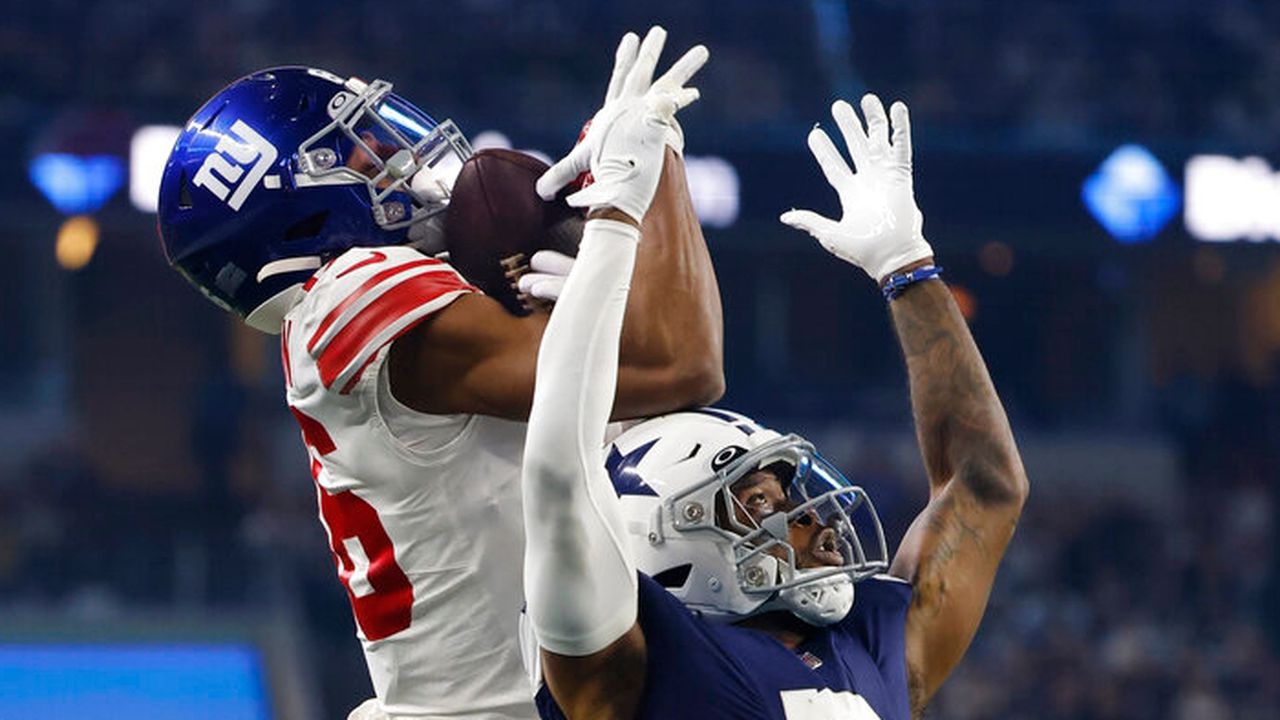 Minnesota running back Kirk Cousins’ third touchdown was the difference in a game tied five times as the Vikings cruised to a 33-26 win over the New England Patriots on Thursday night.

Cousins ​​connected with wide receiver Adam Thielen with 9:34 to play for the game’s final touchdown, and a third-down sack and fourth-down incompletion either side of the two-minute warning after the Patriots reached the Minnesota 30-yard line turned New England’s best chance at sixth match.

Four players from Alabama high schools and colleges took the field in the Buffalo-Detroit game:

· Isaiah Buggs (Alabama) started at defensive tackle for the Lions. Buggs made four tackles and recorded a quarterback hit.

· Lions guard Ross Pierschbacher (Alabama) played but did not record any stats. Detroit promoted Pierschbacher from its practice squad to make its first NFL regular season appearance since 2020.

· Lions cornerback Saivion Smith (Alabama) is on the practice squad’s injured reserve and is ineligible to play.

· Lions guard Logan Stenberg (James Clemens) played but did not record any stats.

Buffalo improved to 8-3 and moved a half-game ahead of the Miami Dolphins atop the AFC East standings. Detroit fell to 4-7 after its three-game winning streak ended.

The Bills play again next week on Thursday when they visit the New England Patriots for kickoff on December 1st at 7:15pm CST. The Lions host the Jacksonville Jaguars at noon on Dec. 4.

Six players from Alabama high schools and colleges took the field during the New York-Dallas game:

· Giants safety Landon Collins (Alabama) is on the practice squad and ineligible to play.

· Giants offensive tackle Korey Cunningham (Montevallo) played but did not record any stats. New York promoted Cunningham from its practice squad to make his first appearance in the 2022 NFL season.

· Trevon Diggs (Alabama) started at cornerback for the Cowboys. Diggs made seven tackles.

· Cordale Flott (Saraland) started at right cornerback for the Giants. Flott made five tackles before leaving his fourth NFL game to be evaluated for a concussion.

· Giants wide receiver Robert Foster (Alabama) is on the practice squad and ineligible to play.

· Giants safety Xavier McKinney (Alabama) is on reserve/non-football injury and ineligible to play.

· Giants offensive tackle Evan Neal (Alabama) has been marked inactive on game day. After starting the first seven games of his NFL career at right tackle, Neal missed his fourth straight game with a knee injury.

· Giants cornerback Aaron Robinson (Alabama) is on injured reserve and unable to play.

· Darius Slayton (Auburn) started at wide receiver for the Giants. Slayton had three receptions for 63 yards. Slayton made a leaping catch at the Dallas 1-yard line for a 44-yard gain that set up New York’s first touchdown as the Giants took a 10-7 lead with 9:28 left in the first half.

· Cowboys defensive end Sam Williams (Lee-Montgomery) played but did not record any stats.

Dallas moved ahead of New York in the NFC East standings by improving to 8-3, while the Giants dropped to 7-4. He follows the Philadelphia Eagles, whose 9-1 record is the best in the NFL.

The Cowboys play next week on Sunday night. The Indianapolis Colts visit AT&T Stadium in Arlington, Texas on December 4th at 7:20 p.m. New York remains in the division with a home game against the Washington Commanders at noon on Dec. 4, where they will play.

· Damien Harris (Alabama) started at running back for the Patriots. Harris ran for 16 yards on five carries.

· Jonathan Jones (Auburn) started at left cornerback for the Patriots. Jones made seven tackles, intercepted one pass and broke up two others. Jones’ third touchdown of the 2022 season and 10th of his career came on a 55-yard return — the longest of his career — to the Minnesota 17-yard line. New England converted that drive with a field goal to take a 10-7 lead with 1:28 left in the first quarter.

· Mac Jones (Alabama) started at quarterback for the Patriots. Jones completed 28 of 39 passes for 382 yards with two touchdowns and no interceptions. Jones had an NFL career high passing with 321 yards in a 37–26 loss to the Baltimore Ravens on September 25. Jones threw a 34-yard touchdown pass to wide receiver Nelson Agholor as New England tied the game. game tied 7-7 with 8:21 left in the first quarter and a 37-yard touchdown pass to tight end Hunter Henry as the Patriots took a 23-16 lead with 10:54 left in the third quarter.

· Vikings quarterback Nick Mullens (Spain Park) dressed for the game but did not play.

· Patriots defensive tackle LaBryan Ray (James Clemens, Alabama) is on the practice squad’s injured reserve and is ineligible to play.

· Za’Darius Smith (Greenville) started at outside linebacker for the Vikings. Smith made three tackles and recorded a tackle for loss.

· Patriots outside linebacker Mack Wilson (Carver-Montgomery, Alabama) made one tackle on special teams.

Minnesota improved to 9-2 while New England fell to 6-5.

The Patriots play again next week on Thursday when they host the Buffalo Bills on Dec. 1 at 7:15 p.m. The Vikings host the New York Jets at noon on Dec. 4 in their next game.

FOR MORE AL.COMNFL COVERAGE, GO TO OURS NFL WEBSITE

Mark Inabinett is a sports reporter for the Alabama Media Group. Follow him on Twitter at @AMarkG1.