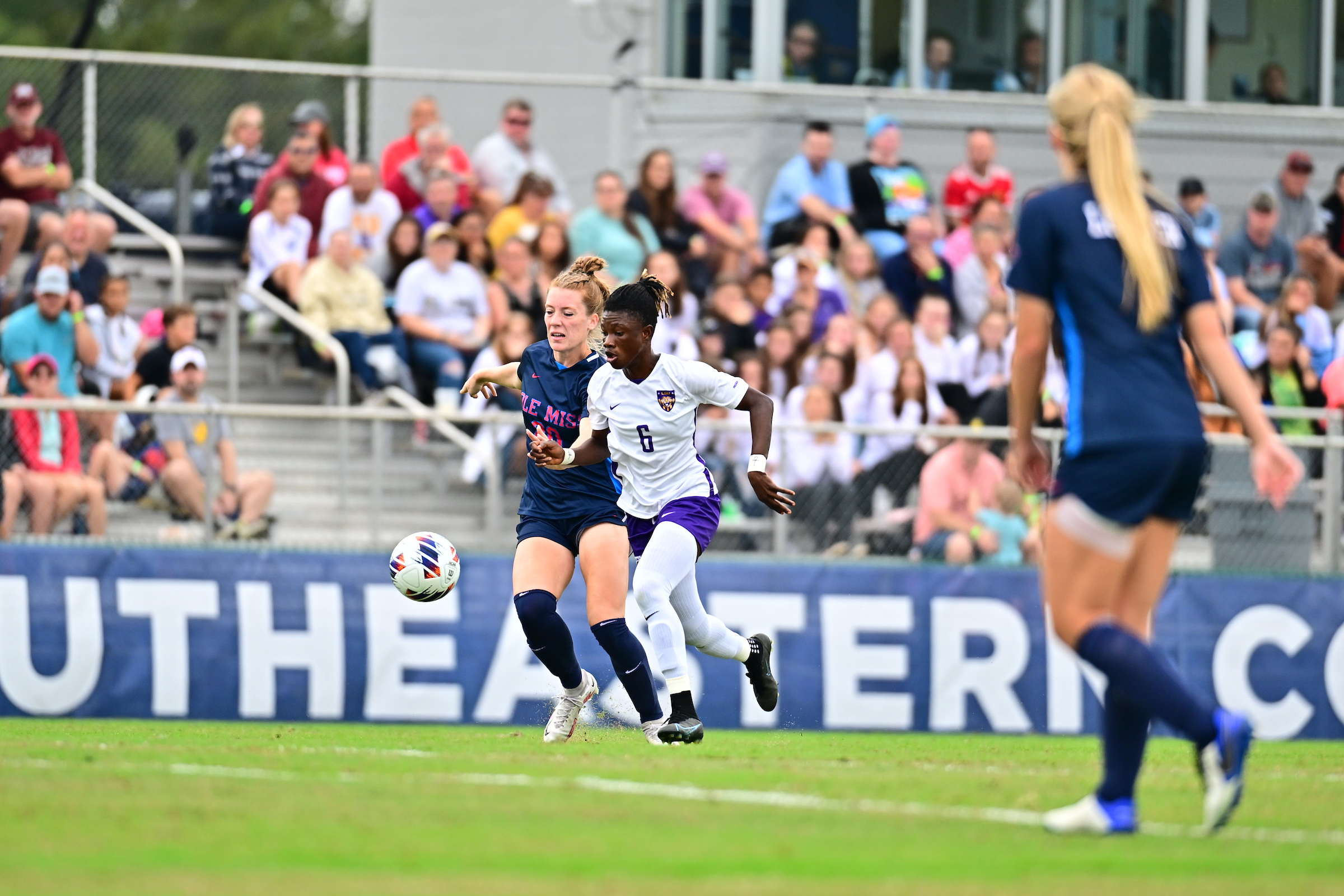 The LSU football team lost more than an opening-round game against Ole Miss on Sunday in the Southeastern Conference Tournament.

When the Tigers begin play in the NCAA Tournament in November, they will do so as an at-large team after losing to the Rebels in penalty kicks and also without two key veteran players in seniors Maya Gordon and Rammie Noel.

Gordon and Noel were among three players sent off for fighting in the 104thThursday minute during the second overtime at the Ashton Brosnaham Soccer Complex in Pensacola, Florida. They will receive a game suspension and will be unavailable when the Tigers begin NCAA play on Nov. 11.

The Tigers played the remaining six minutes of the second overtime down to take the game to penalty kicks.

LSU goalie Mollee Swift, who had three saves, blocked Ole Miss’ first penalty attempt. But despite hitting the right layup and getting hands on three more penalty attempts, the Rebels got back-to-back goals from Kayla Chatman-Haggerty, Aubrey Mister and Price Loposer to advance to face No. 2 South Carolina.

LSU (9-3-7) closed out the regular season at home Thursday with a convincing 4-1 win at home against Ole Miss.

Three days later, the Rebels held a 16-15 edge in shots and both teams had three shots on goal, with the Tigers leading 7-3 in corner kicks.

Both teams scored once in the first 10-minute overtime as tempers flared in the second overtime.

Gordon was in position for a steal and possession in LSU’s defensive third against when Ole Miss’ Ramsey Davis caught her in the pass, prompting Gordon to punt. Davis also threw several punches before being carried off the field by teammates when Noel attacked and threw a punch.

LSU’s penalty kick substitution against Ole Miss’ Ashley Orkus, the SEC Goalie of the Year, resulted in no goals. Shannon Cooke and Tilly Wilkes were denied by Orkus and Brenna McPartlan sent her effort over the bar.

Three honorees on the All-SEC team

A native of Conroe, Texas, Jennings was a key part of the Tiger defensive backfield. She played in all 19 games for the Tigers and recorded two goals, one assist and five points.

Wasila Diwura-Soale, a native of Accra, Ghana, had her first career brace in Thursday’s win over Ole Miss and has three on the season with six points.

Hermannsdottir has six goals to his name but missed Sunday’s game with a high ankle sprain.