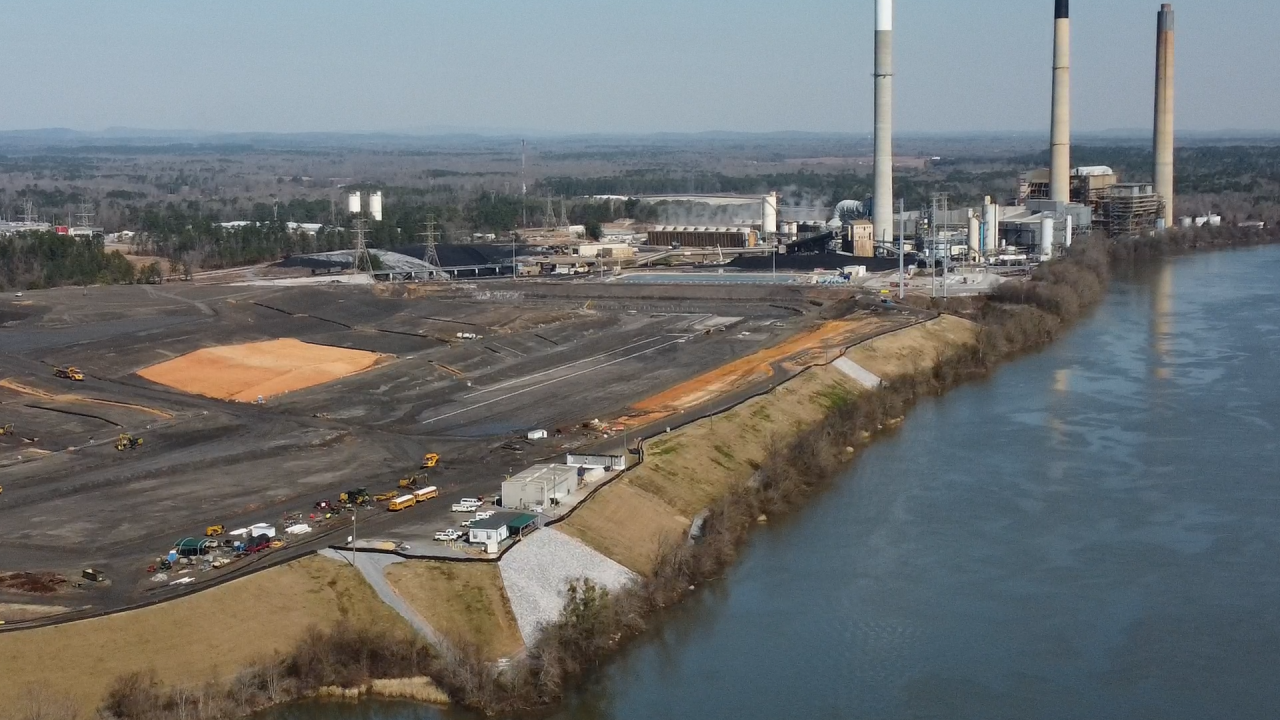 This is a special message from Your Voice Your Station.

SHELBY COUNTY, Ala. (WIAT) – If you spend a day on the Coosa River, it’s easy to see why Alabama is called the River State. Outdoors, water views for miles, and homes that make you want to open Zillow. The river joins popular Central Alabama summer destinations like Lay Lake and Logan Martin Lake and is enjoyed by thousands of people across the state each year.

Below the surface, the river has become a dumping ground for treated sewage, agricultural waste and industrial waste from companies like Alabama Power.

Coosa Riverkeeper has spent more than a decade fighting pollution. Riverkeeper Justinn Overton said the environmental group also acts as a watchdog to ensure that companies allowed to discharge waste into waterways are doing so legally.

“It’s unfortunate that we have a heavy industry that directly flows into our river system that thinks it’s above the law when it’s not,” Overton explained.

Just this year, the Coosa was named one of the five most endangered rivers in the country. Overton said the assessment comes primarily from industrial agricultural waste in the water.

Coosa Riverkeeper participated in a national sampling for PFAS, or ‘forever chemicals’, with the environmental group Waterkeeper Alliance. Earlier this month, results came back with high levels from Lake Neely Henry, part of the Coosa River. One of the chemicals, PFOA, was detected at 4,200 times the amount considered safe, according to the report.

The CDC describes PFAS as a group of more than 9,000 chemicals used in industry and consumer products. Forever chemicals can cause cancer and other harmful health effects.

The Coosa River serves as a major source of drinking water for several communities such as Shelby County and Gadsden.

We spoke to people who fished Neely Henry Lake about the recent PFAS results. Carlton Lipscomb has been fishing the Alabama Power Plant on the lake for 35 years. He had no idea there were high levels of chemicals in the water until we told him.

“There is deception and betrayal in everything,” Lipscomb said. “Since you’re telling me now, I’m going to hesitate to eat that fish.

Dwight Jennings knew about the contaminated waters. He told us that he doesn’t eat fish anymore, but that shouldn’t be the case.

“They need to be held accountable,” Jennings said.

Overton took CBS 42’s Chloe Vincente and photojournalist Wil Raines on a tour of the Riverkeeper patrol boat to see some of the major environmental issues. They witnessed several dumping sites along the river. Neither had a sign explaining what was being released.

For most of the drive, large industrial towers loomed in the distance. The chemicals at this plant were a constant struggle for the Coosa Riverkeeper.

“This coal ash has to be in a lined landfill,” Overton explained. “It is currently lying on the shores of Lay Lake and is vulnerable to all kinds of emergencies.”

At the Alabama Power plant in Gaston, Overton said Coosa Riverkeeper is asking the company and the state to move the toxic coal ash.

According to Alabama Power’s own reports on the plant, arsenic and other dangerous contaminants are contaminating groundwater at the plant. The 2022 semi-annual report shows that arsenic levels exceed the groundwater protection standard. The report also shows groundwater flowing at the plant, indicating it is flowing into the Coosa River.

Alabama Power has not commented on the issue, but emailed us this statement:

In 2015, the Environmental Protection Agency introduced regulations for the closure of coal ash tanks. EPA offered utilities two approved methods: 1) seal the coal ash on site or 2) remove the coal ash and transport it elsewhere. According to the EPA, both methods of capping ash tanks can be equally protective of the environment when done correctly. Our foreclosure plan is designed to meet and exceed all federal and state requirements and has been thoroughly researched by widely recognized independent experts as safe and effective.

The Alabama Department of the Environment has carefully reviewed and issued permits to close our ash ponds, including the Gadsden and Gaston plants. The ash pond at the Gadsden plant has been safely closed for nearly five years, and we are in the process of closing the ash pond at the Gaston plant. Any impact on groundwater is localized to the plant site and poses no risk to any source of drinking water or the surrounding environment. Groundwater monitoring at the Gadsden plant continues to show the effectiveness of our closure as the impact on groundwater at the plant site continues to decrease.

The Gadsden Plant also sits on the Coosa River. Overton said there are similar concerns at this coal ash plant near the riverbank.

We contacted the Alabama Department of the Environment (ADEM) about the contamination in the Coosa River. A spokesperson emailed this statement:

The Alabama Department of the Environment is aware of the American Rivers designation for the Coosa River. ADEM also recognizes that many rivers across the country have received this designation from American Rivers since 2003, as noted in the attached document. ADEM has water quality standards and criteria that protect human health and the environment.

Assessing the state’s abundant surface water resources requires a great deal of effort and considerable resources. Alabama’s surface water is generally of high quality. Currently, only 4.2% of Alabama’s 132,000 river miles have been identified as impaired, and of those, only 626 miles are impaired in the Coosa. Additional information is available in the Water Quality Report to Congress (2022 – 305(b) Report: https://adem.alabama.gov/programs/water/waterquality.cnt) submitted to the United States Environmental Protection Agency as part of the national water quality assessment required by the Clean Water Act. This report provides a summary of surface water quality activities and an assessment of surface water quality conditions in Alabama.