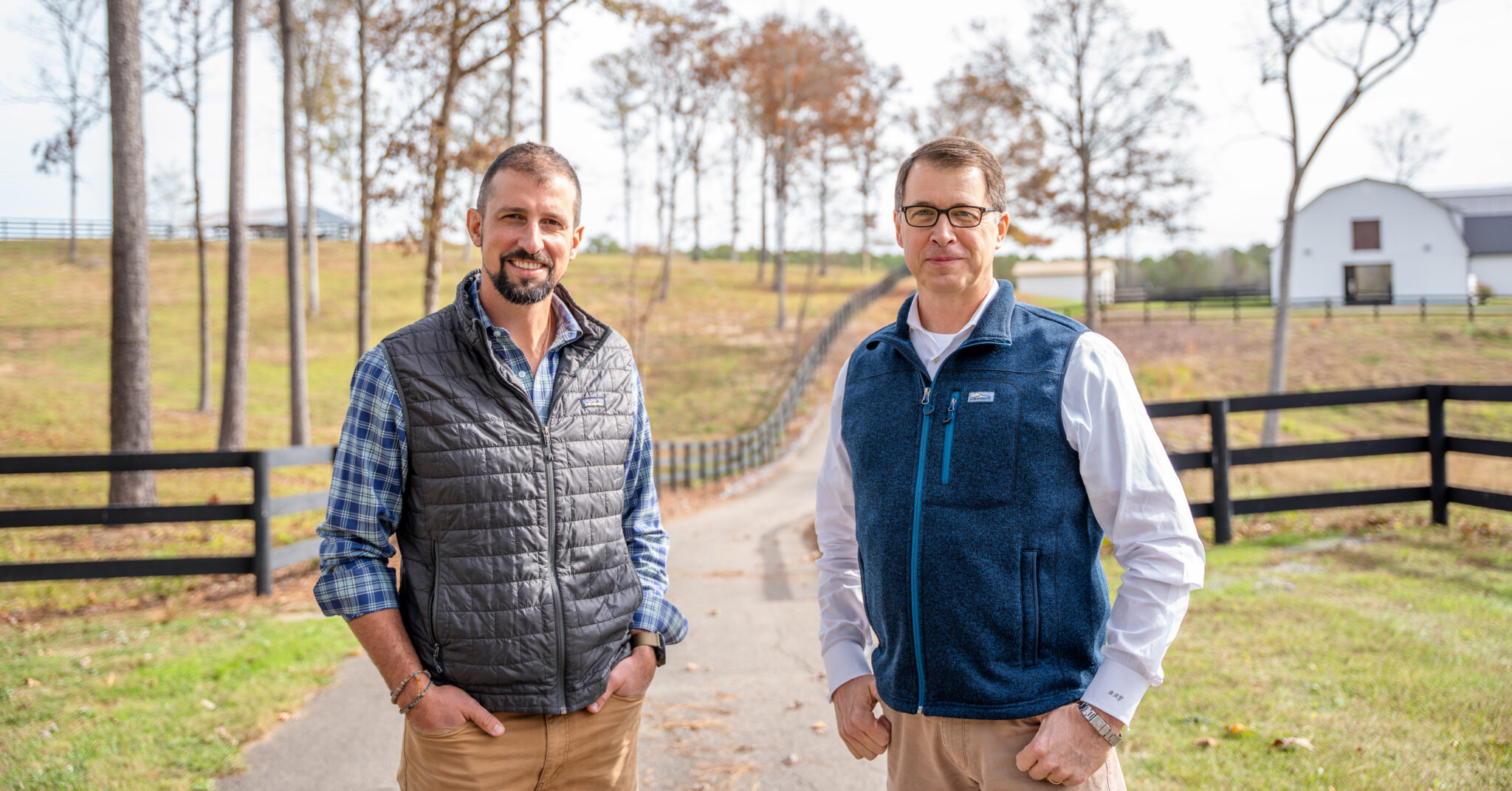 At age 11, Brodie Croyle declared that he wanted to play for the NFL. Years later, this dream became a reality. Now he’s using the lessons he learned along the way to help make the dreams of other kids at Big Oak Ranch come true. We spoke with him and Richard Grimes, president and CEO of RealtySouth, about their longtime friendship, why both their organizations support families and the community, and more. Here’s what we learned.

At its core, Big Oak Ranch gives children ages 5 and up a chance they didn’t have, regardless of socioeconomic background. They live in families with stay-at-home parents and other siblings. Children go to school, engage in extracurricular activities, work when they are old. Then they eat, go to church, do homework and play with their families.

“It teaches them work ethic, family values ​​and gives them a family vs. being in the system.”

When Richard Grimes was growing up, his father owned a marine machine shop. One day John Croyle, one of the founders of Big Oak Ranch, brought in a ski boat for repairs. Once Grimes’ father heard about the ranch, he said, “We’re not paying for it. You are doing a great job helping the kids in Alabama – who wouldn’t want to help with that?

Grimes, who has been with RealtySouth for more than 20 years and president and CEO for six, reflected on the early days of his marriage.

“My wife and I have been married for 27 years. Before kids, decades ago, we had a great life – we were busy with our careers, traveled a lot, and had a lot of fun. We didn’t plan to have children, but even so, children grew close to our hearts. So we invested in Big Oak Ranch. We did work days there and gave money because we saw that they were doing a good job.”

Grimes and his wife now have two wonderful girls, but they have stayed involved with the ranch because they believe in their work.

“My story begins a long time ago. I literally went straight from the hospital to the ranch.’

When Brodie was 11, he walked into his parents’ bedroom and said, “I’m going to play in the NFL.” Their answer: “shoot for the moon – worst case scenario, you’ll end up in the stars.” He hadn’t played an organized sport at the time, but the dream became an obsession until he was able to play at Alabama, then five years in the NFL.

He has been back at the ranch for 10 years since he played football.

“At this point you just think it’s a sport, but it’s amazing how past life experiences shape your future. I had to learn how to deal with different personalities at a young age. I had to understand that you have to be able to produce, but at the same time, how do you build a team?

It’s been a blessing to see sports and soccer life translate into life and to lead a community with as many kids and as many employees as we have.

4. How RealtySouth Got Involved

When you have top real estate agents who make a lot of money every year, a gift card doesn’t mean much. So RealtySouth came up with the idea of ​​giving back to the community as a company the names of the top producers and having them choose different charities.

Other organizations they have supported include Ronald McDonald House Charities of Alabama and Red Mountain Grace.

“We are passionate about the great Oak Ranch because it helps future generations and helps children.”

5. What drives the relationship between RealtySouth + Big Oak Ranch

“When you pull up, we want you to see perfection and we want you to feel like family. We believe that family happens in the home. Let’s recreate what family was meant to be. Let’s do it around the table. Let’s do it in a home and let’s do it with a community that wraps its love around these kids and lets them see a different way of life so they know that where they came from doesn’t define where they’re going.”