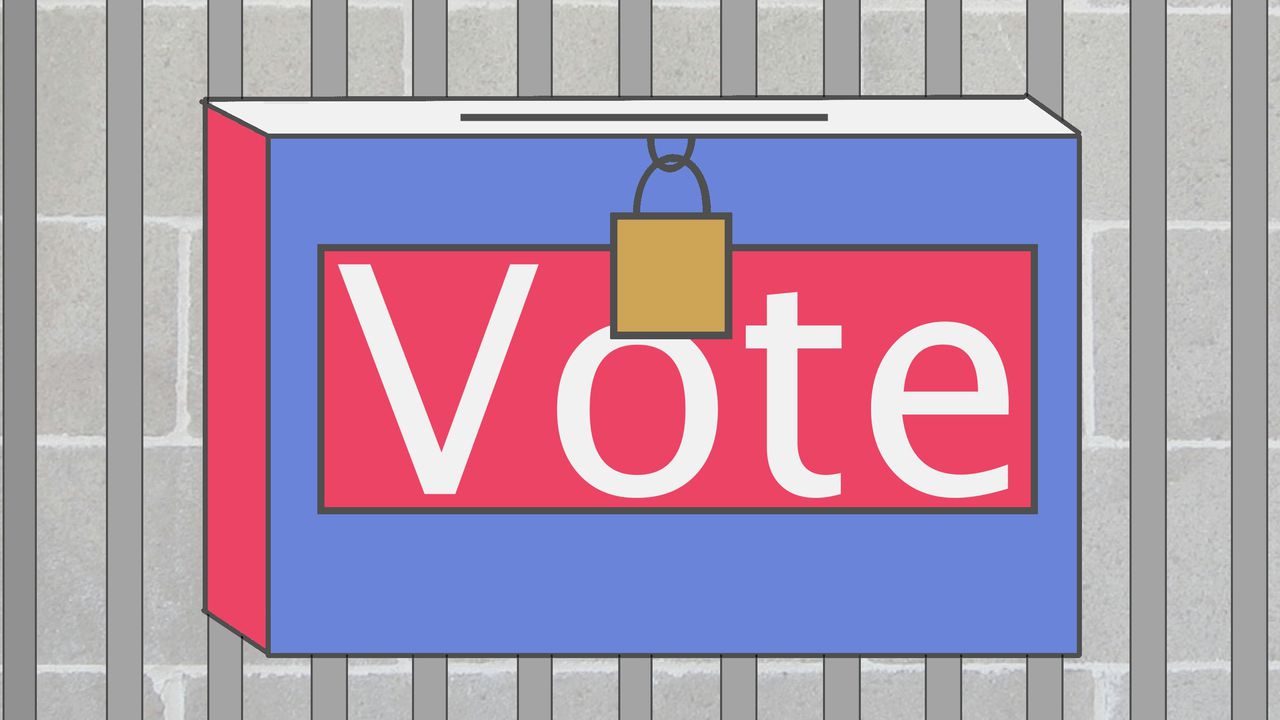 Alabama is among the three states with the highest percentage of voting-age voters who are ineligible because of a felony conviction, according to a study released last week.

The Sentencing Project reported that more than 8% in Alabama, as well as in Mississippi and Tennessee, are not allowed to vote because of these felony convictions. Researchers said “disenfranchisement” is another effort to limit access to ballots, It was reported by NPR.

Related: In Alabama, some felons are wrongfully barred from voting

For the state’s top election official, Secretary of State John Merrill, disenfranchisement is the result of a decision that person made.

“I think the thing to know is that if people are disqualified because of a disqualifying crime, it’s a disqualification because of a choice that that individual made,” Merrill said in an interview with AL.com on Wednesday. “It was nothing assigned to them because of their race, creed, color, or the content of their character.

“It happened because they decided. And the choice they made was a crime, an implied crime against the state and against the people of the state. And so those people who have been convicted of these crimes must bear the consequences.”

The sentencing project report was released two weeks before the November 8 election. In Alabama, the offices on the ballot include governor, a seat in the U.S. Senate, all 140 seats in the state legislature, and all statewide offices. Merrill is not on the ballot for secretary of state due to deadlines.

Under a 2017 Alabama law, only certain felony convictions result in a permanent loss of voting rights. Crimes of “moral turpitude” that prohibit the right to vote include murder, rape and other crimes of sexual abuse, drug trafficking, robbery and other crimes of theft, and the production of obscene material. Altogether, the 2017 law lists 47 specific criminal offenses of moral wrong.

Merrill said that when he was elected secretary of state in 2014, he initiated a review of the disqualifying crime that included input from rights groups such as the ACLU and the Southern Poverty Law Center that resulted in the 2017 law.

“I don’t care if you say Alabama has ‘X’ number of people who are disqualified because of felony convictions related to certain activities because those individuals chose to commit those crimes,” Merrill said. “These individuals must pay penalties, fines and fees or serve time related to this conviction.”

For those released from the prison system after being convicted of a non-disqualifying felony, information is available from the Department of Corrections regarding regaining voting rights, Merrill said. This would include making full restitution, which can be associated with penalties beyond prison.

“They got a voter registration form,” Merrill said. “There is information that explains to them what steps they need to take. In case of questions, they can contact our office or the local council of the registration office.’

Nationwide, there are about 4.6 million people who have lost their right to vote because of a felony conviction, according to The Sentencing Project.

“Significant reforms implemented over the past six years have helped restore the rights of nearly 1.5 million voters, but 4.6 million still remain blocked,” the report said.

According to Merrill, the more than 300,000 Alabamians barred from voting because of felony convictions have themselves to blame.

“It’s important to me that every eligible U.S. citizen as a resident of Alabama has the opportunity to become a registered voter and get a photo ID,” he said. “If someone is put in a position where they can’t be recognized as an eligible voter, that’s on them.”