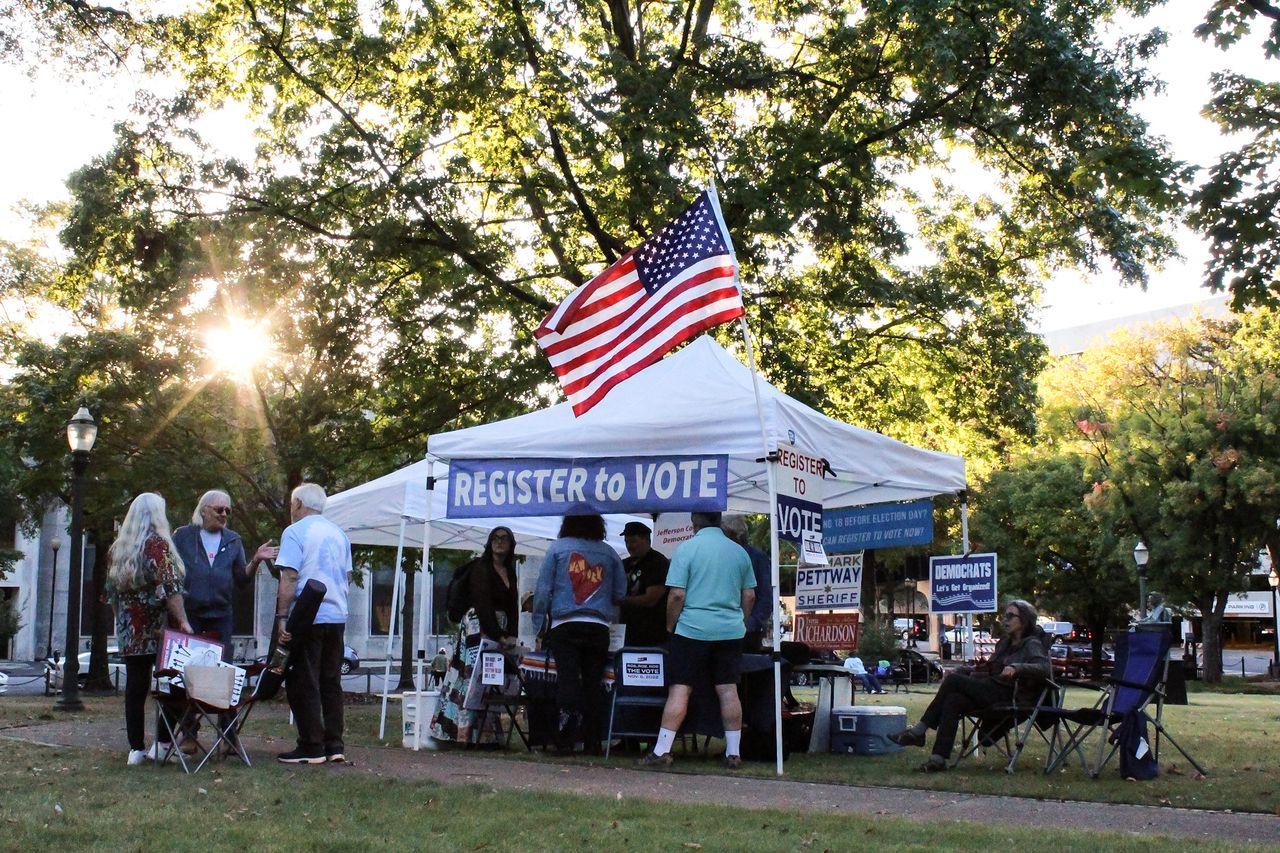 In each of Alabama’s 67 counties, more women than men are registered to vote.

The November election will also feature two potentially historic races: Alabama will see its first all-female gubernatorial race, and if Katie Britt wins her U.S. Senate race, she will be the first woman from Alabama elected to the position.

“We are thrilled with the record number of female candidates we have up and down the ballot this year,” wrote Jeannie Negrón Burniston, director of communications for the Alabama Republican Party, referring to Gov. Kay Ivey, Britt and other legislative and judicial candidates. “It’s pretty clear that our party’s platform resonates with all voters, including the women of Alabama.”

“Some of that may stem from the fact that when you’ve been denied rights like the right to vote, you can take it even more seriously,” said Kelly Dittmar, associate professor of political science at Rutgers University-Camden and director of research at the Center on American Women and Politics.

Britt and Ivey are running against Democratic candidates William Boyd and Yolanda Flowers.

Women in the US historically vote for Democrats. But Melissa Blair, an associate professor and chair of the history department at Auburn University, said it’s not necessarily a surprise that Alabama has a high female voter turnout and a very conservative political landscape.

“In the 1950s and 1960s, women are at the forefront of this kind of emerging conservative politics, not as people running for office, but as foot soldiers of the movement,” Blair said. “One of the things that conservative politics focuses on is protecting the home, protecting the rights of parents. All of this rhetoric that we are familiar with today has been there since the beginning and has always been driven by women.”

It’s the rhetoric used by candidates like Britt, who would be the only Republican senator with school-age children if she were to win office.

In October, Britt called 2022 “the year of the parent”, shortly after denouncing “woke ideology” in schools.

“We want them to be taught to love this nation, to stand behind the flag, to learn history, math, reading, not to be indoctrinated by vigilante ideology,” Britt said in a US news release.

And it’s rhetoric that resonates with potential voters.

At an event hosted by Concerned Women for America in Hoover Thursday morning, Homewood chapter member LeeAnne Logan said she believes everyone should vote, regardless of gender, but she and other women meet monthly to pray about political issues.

“I also feel that women are the backbone of the home, the heart of the home,” Logan said, adding that Alabamians should teach their children conservative values.

“I think we tend to go a little gray, and then even some Republicans don’t vote as conservatively or biblically as we’d like,” she said. “I’m still proud to be a red state. I just don’t want it to turn purple.’

“In addition to our candidates, however, Democrats are fighting for women’s issues, and women’s issues are everyone’s business. From health care to good education to supporting child care and equal pay, our party platform envisions a better future for Alabama, where we are free to make decisions about our own lives and the means to do so without interference from politicians in Montgomery,” said Amber. Buck of the Tuscaloosa County Democratic Party.

Kathy Jones, president of the state chapter of the League of Women Voters, said she wishes more women would run for office.

“It’s really frustrating because until we start being more fairly represented in elected office, then we’re not going to get the protections that we need,” Jones said.

Only 79 women have been elected to congressional, statewide executive or legislative office in the state’s history, according to the center, including:

Many other elected offices are still primarily held by men.

A similar divide exists at the municipal level—Alabama ranks 45th in the U.S. for women in municipal government, according to CAWP. Only 22.7% of municipal office holders are women compared to 77.1% of men.

Dittmar said organizations like CAWP are working to make sure women know their voices matter and to encourage them to get out the vote.

“I think another form of political participation and influence is thinking about women in the activism space and the advocacy space. And that’s where historically we’ve seen women, you know, have the most lasting and significant influences often right outside the formal political structure, shaping policy and shaping agendas,” Dittmar said. “One thing we also want to look at is the extent to which we can get women to translate advocacy and activism into running for and holding office.”

The by-election will be held on November 8. Here’s how to find your precinct and information on absentee ballots.

Sarah Swetlik is a gender and politics reporter AL.com. Her staff position is supported through a partnership with Report for America. Donate to support her work here.