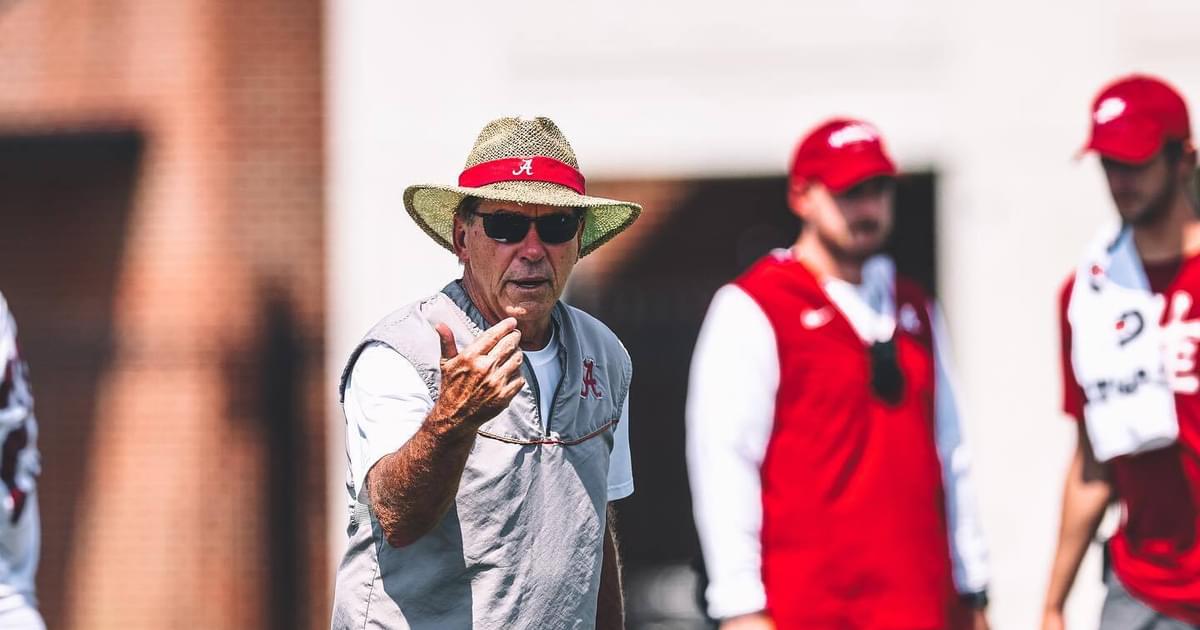 After eight tough weeks of football, the Alabama Crimson Tide have managed to sail through one of the toughest schedules in the country with a 7-1 record, the only loss coming to the #3 Tennessee Volunteers.

The Crimson Tide battled adversity by winning tough road games and picking up victories without their Heisman Trophy-winning quarterback. This season is far from perfect or Alabama-standard, but all of the team’s goals still remain attainable.

If Alabama can win, they would win the SEC West, which would put them in position to win the SEC Championship and earn a spot in the College Football Playoff.

The off week couldn’t have come at a better time for Alabama.

Here are five things Alabama can improve on during the week off.

How to get well

One of the main things every college football team hopes to accomplish during their bye week is to get healthier, and Alabama is no different. Quarterback Bryce Young is back from a shoulder injury, but doesn’t appear to be 100 percent. In practice it was limited to avoid some arm wear. This week off will hopefully get him back to full strength on the home stretch.

With the latest news of Alabama losing defensive lineman Justin Eboigbe for the season to a neck injury, the Crimson Tide’s defensive line has lost some much-needed depth. In addition, Alabama was without two other defensive linemen due to injuries, DJ Dale and Jaheim Oatis, against Mississippi State.

Alabama will use the extra week of rest in hopes of getting at least one, if not both, back against LSU.

Last week, Alabama appeared to overcome its penalty problem by being flagged three times for 20 yards. It’s definitely a step in the right direction compared to previous games, but discipline should continue to be a priority for the Tide during the week off.

Alabama’s next two games on the schedule come in two very hostile environments where the Crimson Tide has had many penalty and ball security struggles. It will take extra preparation to ensure they have the discipline and focus to get themselves into a position to win.

It wouldn’t be a normal college football season without Alabama fans complaining that they want either the offensive or defensive coordinator fired, and this year is no different.

Defensive coordinator Pete Golding has done an excellent job so far, except for Tennessee, the Crimson Tide’s only loss of the season. It wasn’t just a loss. It was embarrassing, he allowed 52 points and had no answer to stop Tennessee wide receiver Jalin Hyatt. During the bye week, Golding needs to tighten up the secondary and prepare some exotic blitz packages to help this explosive defense turn quarterback pressures into sacks and turnovers.

On the offensive side of the ball, offensive coordinator Bill O’Brien has been on the hot seat with Alabama fans all season. He may not have the receivers he’s had in the past, but he still has reigning Heisman Trophy-winning quarterback Bryce Young and one of the most explosive running backs in the country, Jahmyr Gibbs. So far this season, the play calling has gotten the job done, but it’s been very vanilla. If Alabama wants to be successful the rest of the season, they will need to add more wrinkles to the game and get a little creative.

If Alabama receivers were getting midseason report cards, they could throw them away. All jokes aside, he would get a C.

So far this season, they’ve been neither bad nor good – just stuck right in the middle. The Crimson Tide’s receiving corps is loaded with young talent, but no one has really emerged as a receiver for Bryce Young when a big play is needed. Instead of a small group of outstanding receivers, the Tide used a large rotation, and this lack of reps with a smaller group seems to be causing Bryce Young and the receivers to struggle to get on the same page. Lack of separation and dropped balls have been the theme of the Crimson Tide’s receivers this season, and the week off would be an excellent time to improve those two weaknesses.

Up to this point in the season, Alabama’s offensive line has been extremely inconsistent. For the most part, the pass blocking has been consistently above average, but the run blocking has had its fair share of ups and downs. The offensive line to this point does not resemble some of the dominant lines Alabama has had in the past. Normally on 4th and 1, you would typically see Alabama running the ball down the neck of the opposing defense, but with this offensive line, they relied more on the passing game in those situations.

During the bye week, the offensive line must improve in run blocking and consistency.