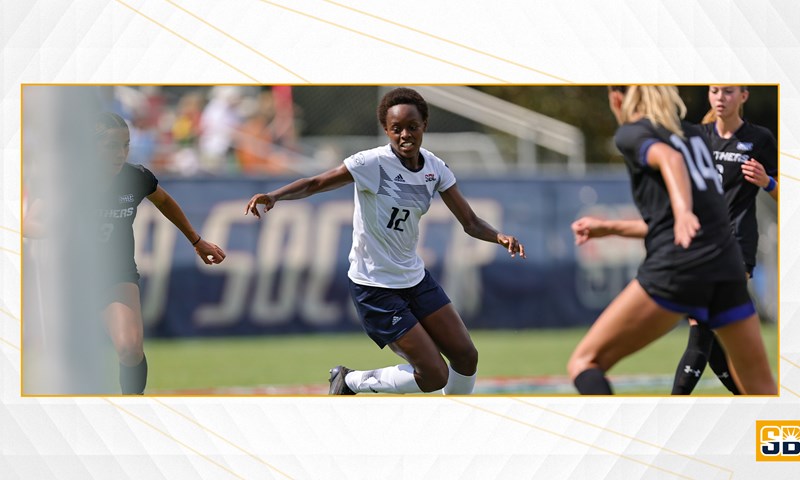 In addition to being named the Sun Belt Conference Player of the Year, Greene also earned the league’s Offensive Player of the Year honors as well as Newcomer of the Year honors. A native of Birmingham, Ala., Greene played in all 10 conference games for the Jaguars, starting nine. She scored five goals in two games in October and a total of eight goals in league action. Greene scored two goals three times on the year and played at least 50 minutes in each conference game. Leads the Sun Belt Conference in points (16), points per game (1.60), goals (8) and goals per game (0.80).

Georgia Southern Defensive Player of the Year Sade Heinrichs was named the Sun Belt Defensive Player of the Year. She led her team’s defense with 900 minutes played in 10 conference games and helped the unit to a conference-best 0.2 goals against average. A native of Monchengladbach, Germany, Heinrichs orchestrated a defensive structure that limited league foes to just two goals in 10 games. The defensive unit finished the year with a scoreless streak of 546 minutes, 58 seconds, which marked a new school record.

James Madison redshirt junior Alexandra Blom was named the league’s second all-time goaltender of the year. She played 883 minutes between the sticks for the Dukes. She stopped 33 shots and had a .892 save percentage. Blom, a native of Degerfors, Sweden, recorded six shutouts in league play. She collected three or more saves in eight of nine games in goal, including five-plus in two outings. She only scored four goals in league play and never scored more than one goal in any game. She has recorded nine shutouts on the year and is 10thThursday in the nation in goals against average with a .473 strikeout.

South Alabama defender Gabriela Angulo was named the Sun Belt Freshman of the Year. Angulo, a native of La Guaira, Vargas, Venezuela, had two assists this year while leading a defense that ranked third in goals allowed (5) and goals against average (0.50). She helped the Jaguars record six shutouts, which was tied for second in the league. The Jaguars have outscored opponents 25-5 in league play.

Georgia Southern head coach Chris Adams earned his first career Sun Belt Coach of the Year award. He led his team to its first ever conference regular season title with a 7-1-2 mark in league play this season. He managed a team that allowed just two goals with eight shutouts in conference play. Georgia Southern posted a 0.20 goals against average. Adams led the Eagles to six straight wins to close out the year and six straight shutouts to win the regular season title.

The 2022 Sun Belt Women’s Soccer Tournament will be held Oct. 31 through Nov. 6 at the Foley Sports Tourism Complex in Foley, Ala.